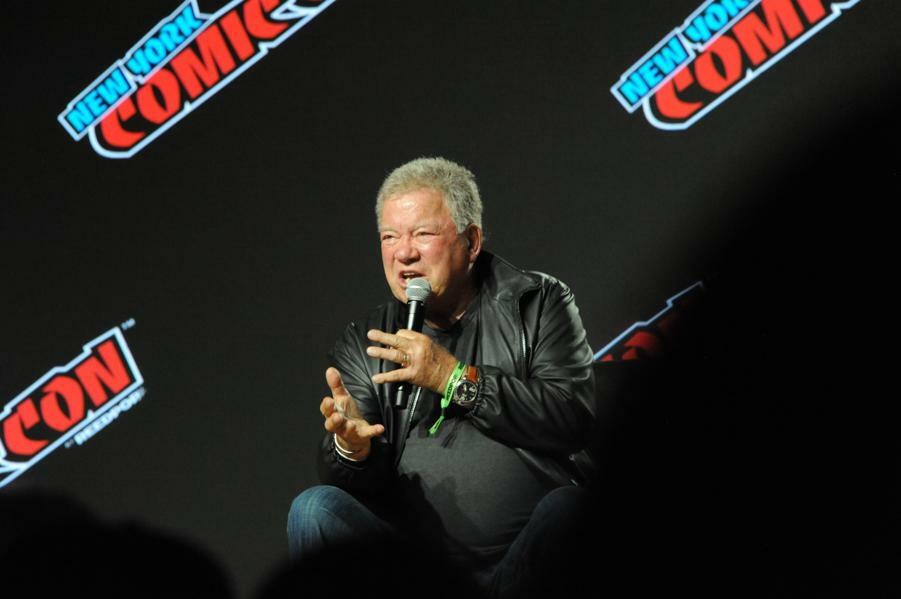 William Shatner, now 90, took the stage at New York ComicCon this evening to speak briefly about his anticipated venture into outer space, which is expected in the near future. “I’m scared,” he said, sheepishly, to a crowd of roaring fans.

He shared his anxiety about going into space, when he said: “I’m Captain Kirk and I’m terrified.”

Last week, it was announced that Shatner is going into space on Jeff Bezos' Blue Origin Spaceflight, shortly after Bezos' own historic trip to outer space.

The Star Trek actor recalled first hearing about Bezos going into space. “I thought Jeff Bezos and I could up together, but then it was Jeff Bezos and his brother, who were going to go up together. And then there’s an old lady going with them. And a young lady to go up with them.”

He was asked by the space team: “How would you like to go up? You’re going to be the oldest guy in space.”

Shatner said: “I don’t want to be known as the oldest guy in space. I’m Captain Kirk!”

The crowd burst into laughter. “I agreed to go,” he said.

Shatner explained to the audience that he went to a place in Texas, close to a small town called Van Horn, last week. A place that is somewhat off the map, where he just recalls “and then you turn left,” he recalls, “to a guard who asks for your proof of vaccination.”

Shatner spent two days at a facility where he learned what he was signing up for by agreeing to go into space. “The phrase they use a lot of was ‘it’s our best guess that,’” he said. “Your best guess?”

“I’m thinking, I’m going up in a rocket, and your best guess is that it should be fine,” said Shatner. “There’s a little niggling, fire of terror. I’m terrified.”

“I’m not really terrified, yes I am,” he also said, flip flopping. “It comes and goes like the summer cold.”

When he goes weightless inside the rocket, Shatner said he plans on pressing his face to the window. “My only hope is that I don’t see anybody else,” he said.

“I’m going into space,” he told the crowd, “And in the evening or early in the morning, I make little speeches to myself, that I will try to explain how deeply I feel about the experience of looking into that distance, and then seeing the unknown.”