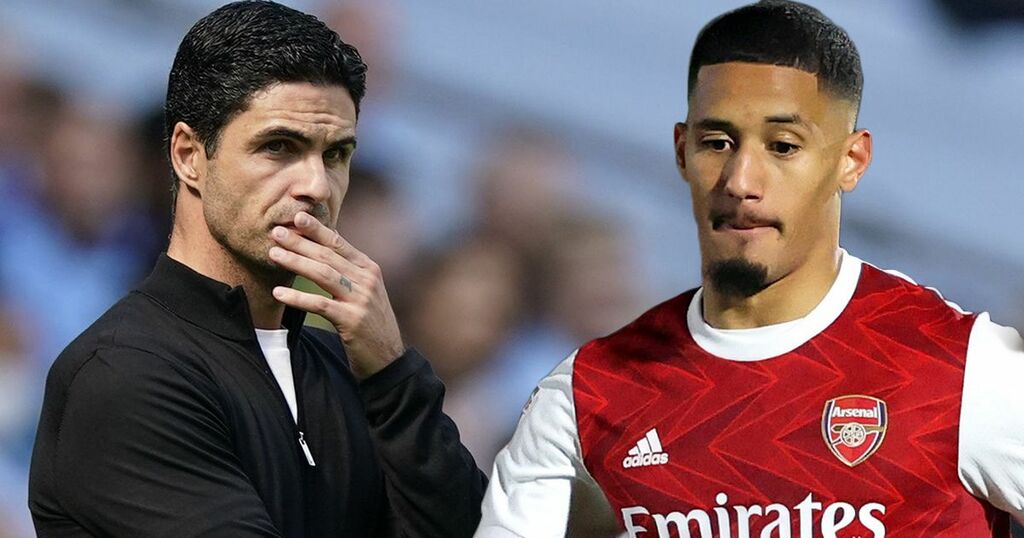 It remains to be seen if William Saliba has a future at Arsenal, but if it's up to him he will.

The French defender has yet to make a senior appearance for the Gunners despite sealing a £27m move from Saint-Etienne in the summer of 2019.

Saliba would immediately go back to the Ligue 1 club on loan after arriving at the Emirates, before joining Marseille this summer on another short-term deal.

Arsenal fans had hoped he would have been got a chance this season, but the £50million arrival of Ben White suggested that Mikel Arteta wasn't keen on the Unai Emery signing as he made the move to the south of France.

HAVE YOUR SAY: Would you pick Saliba for Arsenal's first team? Leave a comment below.

But it seems the player still wants to make it work with the Gunners as he shared a picture of an Arsenal-themed cake on his Instagram story.

And the Emirates faithful feel this is an indication he hasn't forgotten about the north London club and is ready to fight for his place following his loan stint with Marseille.

Arteta insists Saliba still has a future at the club, but playing regular football is the best thing for his development as he explained the decision to send him out on loan.

He said in pre-season: "I know that sometimes it’s difficult to explain or understand after the money that the club has spent trying to bring him in, to send him on loan.

"But a lot of things have happened to him he’s a long-term player for us and we need to protect him as well. And giving him three or four games is not enough.

"For him, he needs much more than that, because what happened in the last 18 months, he’s been through some personal problems as well that we have to try to help him and stay as close as possible to him.

"And now he needs to play, play and play and enjoy his profession as well. And in order to do that I think we found the right club with him.

"He’s very happy to go there now. Hopefully he can enjoy his football and be ready for us for next season."

Arsenal director of football Edu echoed those sentiments after Saliba joined the French side on loan.

He added: “Together with William, we have decided it will be good for his continued development to spend another season on loan. William joined us as an 18-year-old, and he is still only 20, so he is still developing all the time.

“William is a player with strong natural ability and next season has the potential to be really beneficial for him at Marseille, a good club.

"To play another season in Ligue 1 will be very important for his development. We will of course be keeping in close contact with William during the season and wish him all the best in France with Marseille.”