By Greg Wood at Doncaster 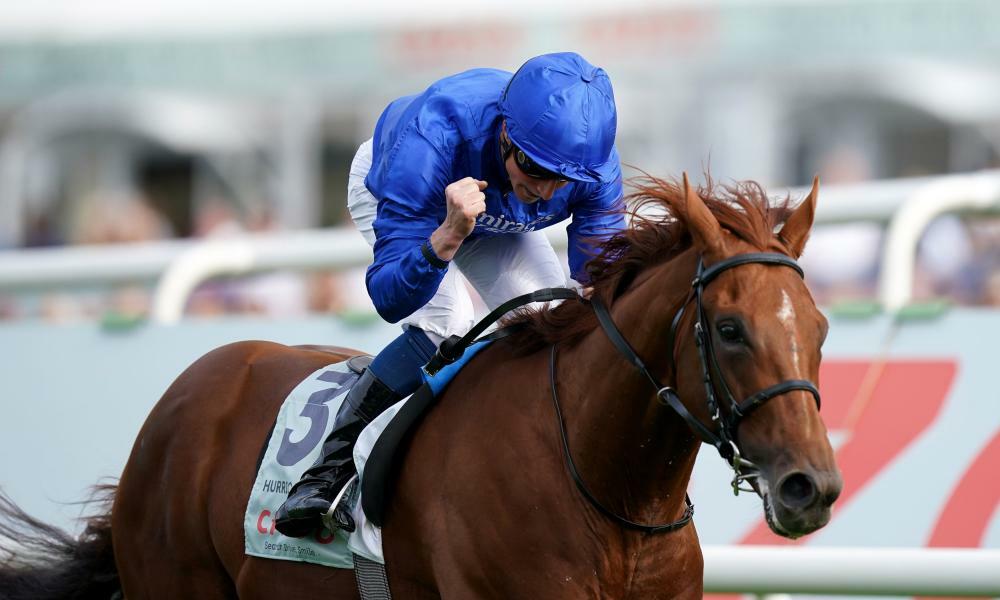 In the 101 years since the first running of the Prix de l’Arc de Triomphe, no St Leger winner has followed up in Paris a few weeks later.

Since Nijinsky’s close second at Longchamp in 1970, few Leger winners have even attempted the double, and Ballymoss, who took the final Classic in 1957 and the Arc a year later, is the only name on the roll of honour for both races.

Very few Leger winners come home as smoothly and readily as Hurricane Lane here on Saturday, however, and Charlie Appleby’s colt is now no bigger than 7-1 to record a historic victory in the 100th running of the Arc on 3 October.

Getting into Town Moor was a stressful experience for many as long queues built up at the turnstiles before the first race, but for backers of the 8-11 favourite at least, the final Classic of the season was anything but.

“He’s a jockey’s dream, a lovely horse to ride,” Buick said. “You can put him anywhere in the race and he relaxes, which is obviously vital in a race over this distance.

“What’s impressed me in his last two or three runs is that he quickens towards the end, he really did put the race to bed.”

While not yet confirming that the Arc will be Hurricane Lane’s next race, it will be a surprise if Appleby’s colt does not line up alongside his stable companion Adayar, the Derby and King George winner, next month.

“It was a fantastic performance,” Appleby said. “You couldn’t have been more comfortable watching it all the way round [and] the Derby form was franked as well, with Mojo Star [the runner-up at Epsom] running a great race.

“The Arc is on everybody’s mind. I see no reason why we wouldn’t potentially turn up.”

Hopes that the Queen may have a runner in the Platinum Jubilee Derby next June suffered a setback earlier on the card when Reach For The Moon, an early second favourite for the Classic, was beaten into second place at odds-on in the Group Two Champagne Stakes.

With none of his three rivals keen to take the lead, Frankie Dettori was forced to make his own running on the 8-13 favourite and it was clear that he had a battle on his hands when Dettori asked for an effort two out but could not shake off his rivals. Lusail, the second favourite, soon dropped away but Bayside Boy, at 5-1, stayed on well through the final furlong to edge out Reach For The Moon by a head.

“Frankie said that the ground’s dead and he wasn’t really travelling on it like he normally does,” John Gosden, Reach For The Moon’s trainer, said. “It’s good-to-soft, and he said that he wasn’t in love with it and obviously it’s never easy to try and make all in a bit of a headwind on a straight seven [furlongs]. Better ground, better horse is all I can say there.”

In the Irish Champion Stakes at Leopardstown, St Mark’s Basilica stayed on strongly in the closing stages to record a fifth successive Group One victory, with Tarnawa, another leading contender for next month’s Arc, three-quarters of a length away in second over a trip that does not play to her strengths.

“It was tactical, very tactical,” Aidan O’Brien, St Mark’s Basilica’s trainer, said. “They sprinted up the straight and he did well.

“He really quickens, and that’s what he always had. His strong qualities are that he relaxes and can really turn it on, and he’s done that in every race. When they turned in, they burned.”