The signing of an agreement between the internationally backed government of Yemen and a UAE-supported southern separatist group marks an important chapter in the multifaceted war in Yemen, but analysts say it is unlikely to bring a merciful end to the conflict.

The peace deal is an attempt to put an end to infighting between President Abd- Rabbu Mansour Hadi's government and its rival, the Southern Transitional Council (STC) headed by Aidarous al-Zubaidi.

Al-Zubaidi is the current governor of Aden and has pushed for secession of southern Yemen and the establishment of an independent state, similar to the one that existed before unification in 1990. South Yemen, a Soviet-allied state, existed between 1967-1990.

While Hadi's government and its Saudi patrons battled the Houthi rebel group that controls most of the north - including the capital Sanaa - the STC controlled Aden, the main city in the south. The UAE fully withdrew its forces last week and Saudi troops moved in.

The UAE-backed STC and its militia began fighting Hadi's forces for control of the city in August and seized Aden after weeks of combat. The infighting rocked the Saudi-Emirati military coalition targeting the Houthis since they took over most of the country in early 2015.

One of the main components of the agreement is to absorb STC's militia and integrate fighters into the forces of the ministries of defence and interior. Hadi's government will also return to Aden and equally share power with STC officials.

"It's a joyful day in Saudi as the two sides come together," Saudi Crown Prince Mohammed bin Salman said at the signing ceremony. "This agreement will open a new period of stability in Yemen."

But some analysts are sceptical about the peace initiative.

From the perspective of Hadi government, ending the southern conflict with its rival was an important step in keeping Yemen intact and dealing with the Houthi rebels.

However, the government strategy is "hopeful at best", said Said Thabet, a Doha-based analyst on Yemen.

By entering into such agreement with the STC, Yemen's government is legitimising its rival and giving it a voice in deciding "the unity or dismemberment" of the state, he said.

"This strategy will backfire entirely because the STC is not interested in unity at all. And because of this agreement, the STC will find itself in a position to create the political conditions to establish its sought-after South Yemen state," Thabet told Al Jazeera.

Gamal Gasim, a Yemeni American professor of political science at Grand Valley State University in Michigan, said the divisions in Yemen reflect the conflicts in the Middle East between Saudi Arabia and the UAE on one hand and Iran on the other.

"Unfortunately for Yemen, all of the warring groups and militias in Yemen are pawns of this or that country in the region," he said.

Gasim said the STC will not be an easy partner in Hadi's government given its ultimate goal is to break away from Yemen and establish its own state. Meanwhile, Hadi, a former army general and a southerner himself, intends to keep Yemen unified.

But that said, the strategic objective of the agreement could boil down to two plausible scenarios in the minds of the Saudi and UAE leadership, according to Gasim.

Unifying the warring allied factions can strengthen the coalition's hand in battling the Iran-aligned Houthis, which have scored several military victories against Saudi forces in northern Yemen in recent months, he said.

"The other option is to maintain this alliance and use it to strengthen the Saudi-Emraiti political positions in possible negotiations with Iran and its Houthi clients," Gasim told Al Jazeera.

Thabet said dividing Yemen would create two vassal states - one beholden to Saudi influence in the north and the other under a UAE patronage in the south. He argued this type of scenario for Yemen was inevitable.

"Such eventuality will ultimately benefit both Saudi Arabia and the UAE in keeping Yemen perpetually weak and divided, which has been their ultimate goal all along," said Thabet.

Meanwhile, the people of Yemen will continue to suffer through the devastating four-year war - dubbed the world's worst humanitarian disaster by the United Nations. 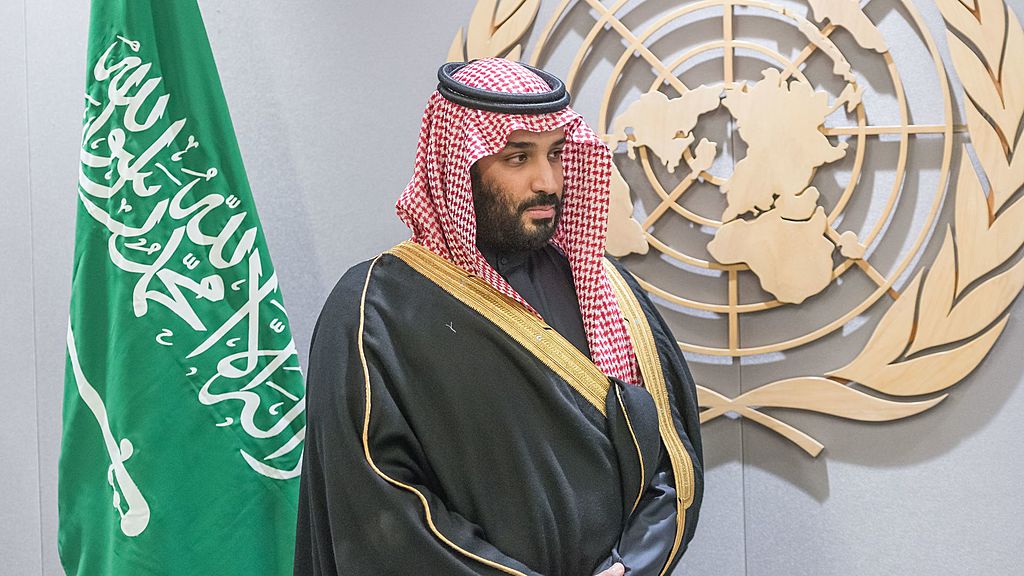 Saudi Arabia announces peace deal between Yemen and southern separatists
The Yemeni civil war is one of the world's worst humanitarian crises.