Will pro-Iranian militias in Iraq work more with Palestinians? 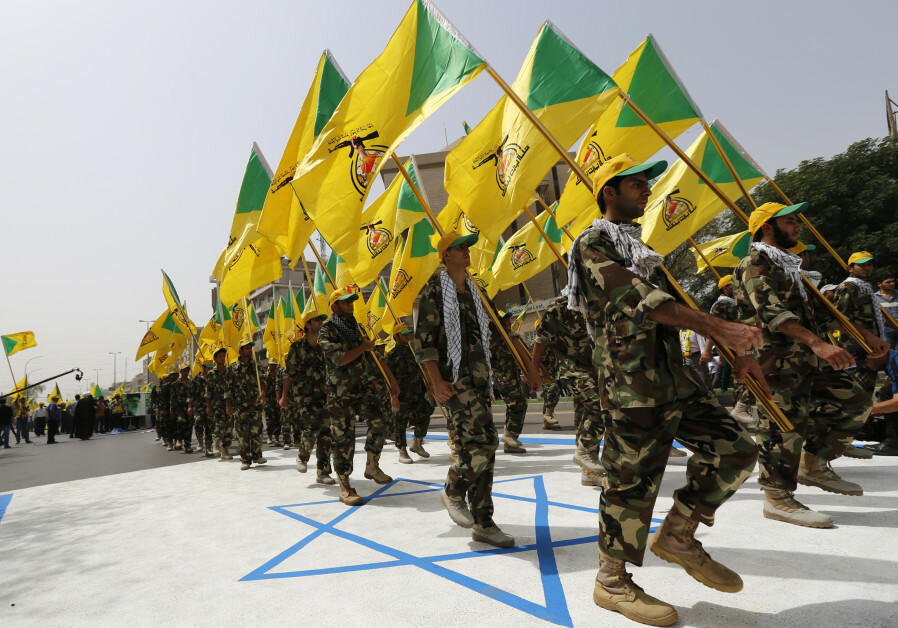 Could those militias in Iraq now be working more closely with Palestinians? In an article at the pro-Iranian news site Al-Mayadeen, hints of closer cooperation emerged last week.

Why does this matter? In May, an Iranian drone was flown from Iraq or Syria into Israeli airspace and shot down. Defense Minister Benny Gantz warned last week about Iran training proxy forces with drones in Iran. Hamas also used new Iranian-style kamikaze drones in May.

“Iran has developed proxy terror that is perpetrated by organized terror armies that are assisting Iran in achieving its economic, political and military goals," Gantz said at the annual International Institute for Counter-Terrorism (ICT) Conference at Reichman University (IDC Herzliya).

“One of the most significant tools employed by Iran and its proxies is UAVs [unmanned aerial vehicles] with a range of thousands of kilometers,” he said. “Hundreds of these UAVs are spread across Yemen, Iraq, Syria and Lebanon. Iran is also attempting to transfer the know-how needed for UAV production to Gaza.”

The Kashan base in Iran is used to train terrorists from Yemen, Iraq, Syria and Lebanon, Gantz said, adding: “These terrorists are trained to employ UAVs produced by Iran. This base is a key point from which Iranian aerial terrorism is exported to the region.”

The article postulates that the “growing strength of the resistance factions in Iraq after the defeat of ISIS – and their role in supporting and strengthening the issues of the region, foremost of which is the Palestinian cause – made the Americans feel ‘a state of anxiety,’ demonstrated by the American statements ‘supporting Israel’s strength in the region’ and the American and Israeli strikes on the sites of these factions.”

THIS SENTENCE hints at a larger context. In 2019, the pro-Iranian militias accused Israel of airstrikes in Iraq. In the fall of 2017, Qais Khazali of Iraq’s Asaib Ahl al-Haq militia visited Lebanon and said he would support Hezbollah in a war with Israel.

In the summer of 2018, an airstrike targeted a Kataib Hezbollah headquarters in Al Bukamal in Syria near the Iraqi border. This was allegedly part of Iran’s path to the sea, a corridor of pro-Iranian groups stretching from Baghdad via Al Bukamal to Damascus and Lebanon.

Al-Mayadeen now says pro-Iranian groups in Iraq have been increasing their rhetorical support for Palestinians, especially for Hamas. Iran backs Hamas and Palestinian Islamic Jihad. In addition, Tehran backs the Iraqi militias via the IRGC Quds Force. The US killed its leader, Qasem Soleimani, in January 2020. The Nujaba movement is quoted in the article as saying, “The hands of the Iraqi resistance reach deep into the occupied Palestinian territories.”

The article says other factions also support the Palestinians: the Fatah Alliance in parliament, of which the Badr Organization is a key part; and also Kataib Hezbollah, whose leader, Abu Mahdi al-Muhandis, was killed by the US in the same airstrike that killed Soleimani in 2020.

What matters more than the facts on the ground is the messaging. The militias may want to transfer weapons and threats closer to the Golan border, as Hezbollah did with a drone team in the fall of 2019. In February 2018, Iran also flew a drone from a T-4 base into Israeli airspace. It was shot down near Beit Shean.

Iran’s goal is to slowly lay the groundwork for more cooperation and use these groups as a conduit for weapons. In August 2018 and November 2019, reports emerged that Iran had moved ballistic missiles to Iraq to be housed in warehouses used by these groups. The new drone attacks on US forces in places such as Erbil – and threats by pro-Iran militias near Deir Ezzor to US forces at Omar oil field and other locations in eastern Syria – is part of this web of threats.

Iran has also bragged about its support for the Houthis in Yemen, who have achieved long-range ballistic missile and drone capabilities. They have used drones and missiles to target Aramco and other energy facilities in Saudi Arabia.

Tehran also used a drone to target the oil tanker MT Mercer Street in late July, and the Houthis may have Iranian drones capable of threatening Israel as well.