Will Nick Caserio get complacent fixing the Texans’ running back issues? 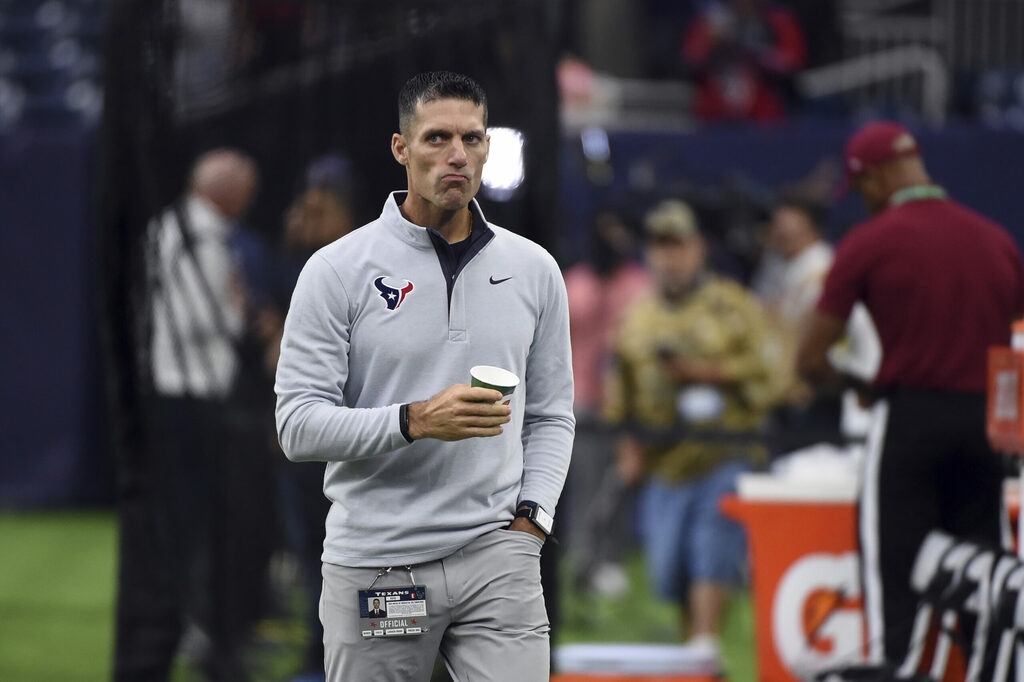 The Houston Texans may know who their No. 1 running back in training camp is for 2022 as they re-signed Rex Burkhead on Friday.

The Texans are extending the former Super Bowl champion running back through the 2022 season.

Although Burkhead provided Houston with a spark in the backfield and leads the team with 110 carries for 403 yards and three touchdowns, the former Cincinnati Bengals 2013 sixth-round pick will be 32 years old when Week 1 of the 2022 campaign kicks off.

Do the Texans really want to have a player with that kind of mileage leading their ground game? Is Nick Caserio giving out contracts to former Patriots so they will have a place to still carry on their careers?

Burkhead has done a fabulous job with his locker room presence and showing younger players how to prepare for the weekly grind of the NFL. As the Texans complete their rebuild, with 2022 being a key year due to the amount of top-100 draft picks and a tad more salary cap space, they will need players like Burkhead to help the running back room stay on target.

Caserio and the personnel department need to break from a Texans tradition going back to the days of Arian Foster. Because of how much of a home run the former 2009 undrafted free agent from Tennessee was, and how much of a bust Ben Tate was (2010 second-rounder from Auburn), the Texans have turned to veterans to carry the rock. It worked in 2016 and 2018 with Lamar Miller, and 2019 with Carlos Hyde. It has been an underwhelming commitment to “three yards and a could of dust” that has yielded more dust than yards.

The Texans don’t need to use a No. 1 overall pick on a running back, but they do need to consider how spending draft capital at the position could truly give quarterback Davis Mills the weapon he needs.