Will Nancy Pelosi retire at the end of this term – and if so, who will take her place? 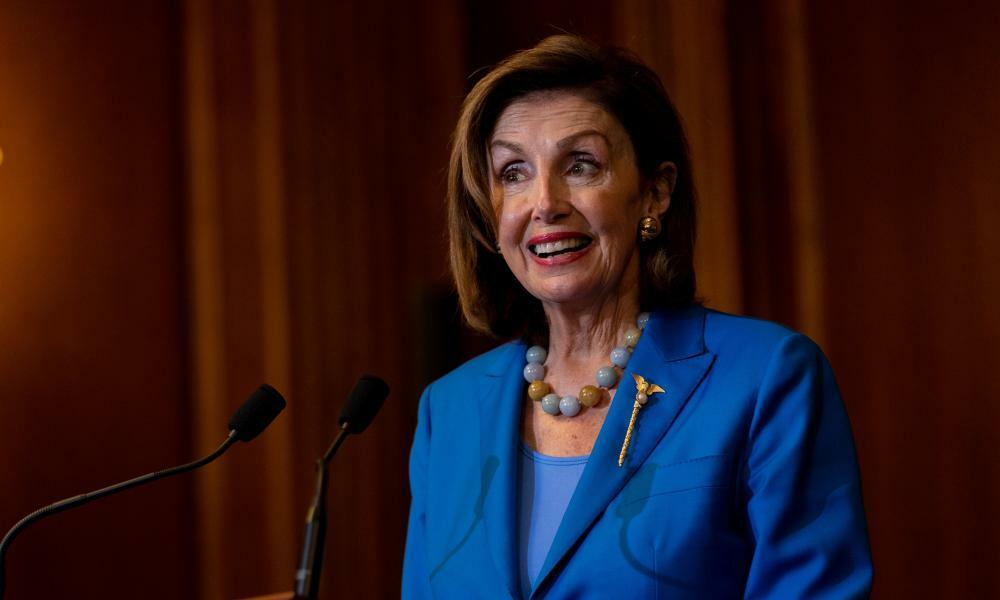 Amid Democrats’ contentious negotiations over the bipartisan infrastructure bill and the reconciliation package, the House speaker, Nancy Pelosi, was able to distract Capitol Hill reporters for a few minutes with her use of a certain C-word.

“I just told members of my leadership that the reconciliation bill was a culmination of my service in Congress because it was about the children,” the Democratic speaker said at a press conference late last month.

Moments after Pelosi made the comment, a reporter noted that “culmination” often points to the end of an experience. “Get out of here,” Pelosi said to laughs from other reporters.

The exchange exemplified Pelosi’s other comments about her potential retirement: a hint, chased with a heavy dose of uncertainty. Despite her previous promises to fellow House Democrats, it remains unclear whether Pelosi will step down as speaker at the end of this term.

But one thing is certain: whenever Pelosi does decide to call it quits, her departure will mark the end of a history-making career for the first woman ever to serve as House speaker, as well as the beginning of a new era in Democratic politics.

Pelosi has served as the top Democrat in the House of Representatives for nearly 20 years, and she has given some indications that this term may be her last.

After Democrats regained control of the House in 2018, Pelosi was re-elected as speaker in part by voicing support for a proposal to enact term limits for the chamber’s top three leadership roles. The proposal failed to gain approval, but Pelosi said that she would still abide by its terms, which would require her to step down as speaker by the end of 2022.

When a reporter asked Pelosi about that earlier pledge after the elections last year, the speaker said, “What I said then is whether it passes or not, I will abide by those limits that are there.” She added, “I don’t want to undermine any leverage I may have, but I made the statement.”

The speaker is not on a shift, she’s on a mission

The concern about losing leverage if Pelosi is seen as a lame-duck leader may be why the speaker’s office is quick to downplay any speculation that she may soon step down.

Drew Hammill, a spokesperson for Pelosi, said that the speaker was focused right now on shepherding the infrastructure bill and the reconciliation package across the finish line. “The speaker is not on a shift, she’s on a mission,” Hammill said.

And yet, some close observers of Pelosi cannot help but feel that passage of the reconciliation bill would be a fitting coda to her decades-long political career.

While Democrats are still negotiating over the specifics of the spending package, the final bill is expected to include an extension of the enhanced child tax credit and funding to expand access to affordable childcare. For a speaker who often discusses her commitment to improving the lives of American children, the bill seems personal to her.

“I sat up when Nancy Pelosi said the reconciliation bill was the ‘culmination’ of her congressional career. Nearly everybody assumes this is her last term, but that was the first time I had heard her speak publicly in such a valedictory way,” said Susan Page, USA Today’s Washington bureau chief and the author of Madam Speaker: Nancy Pelosi and the Lessons of Power.

“Muscling through the agenda of another Democratic president, and a measure with such sweeping consequences, would cap her considerable legacy.”

Jim Manley, a former senior adviser to the then Senate majority leader, Harry Reid, agreed that Pelosi probably wants to end her historic political career on a high note.

“She wants to go out on top of her game. Nothing more, nothing less,” Manley said. “She’s not going to be driven out of the House on a note of failure. She only will go out on her own terms, and for her, that’s always winning.”

And if Pelosi does decide her time in Congress has come to an end, a second question immediately comes up in every conversation about the speaker: who will succeed her?

Typically, that job would fall to one of the speaker’s top two lieutenants, the majority leader, Steny Hoyer, and majority whip, Jim Clyburn. However, both of them, like Pelosi, are in their early 80s, which has sparked questions about whether it may be time for some fresh faces to manage the House Democratic caucus. Pelosi herself has said that she views her second stint in the speaker’s chair as “a bridge to the next generation of leaders”.

One of the names most frequently tossed around as a potential successor to Pelosi is Hakeem Jeffries, the chair of the House Democratic caucus. But Jeffries has been careful to avoid public suggestions that he is angling for the speakership. Late last month, the New York congressman even said he has “never thought” about becoming speaker if Pelosi retires, which elicited some eye rolls from the Washington press corps. (A spokesperson for Jeffries declined to comment for this story.)

Regardless of when Pelosi steps down and who succeeds her, Democrats seem to agree that she will be a tough act to follow. Pelosi has proven quite effective at uniting the various factions of her caucus to pass important legislation, including the Affordable Care Act and now potentially the reconciliation package.

Whoever follows in Pelosi’s footsteps will have to keep the Democratic coalition together, and the current speaker has set a high standard in that regard. Given Democrats’ narrow majority in the House, Pelosi’s efforts in the coming weeks to pass the reconciliation package may be her most challenging task yet.

“Failing to do that would put a dent in her hard-won reputation as one of the greatest legislative leaders in American history,” Page said. “Biden has a lot at stake in this fight. So does she.”