Star Wars has a new set of rules, and it’s nothing to do with what the Jedi and Sith are permitted to do to stay on the right side of the Force. Kathleen Kennedy , head of Lucasfilm,has told Vanity Fair that the studio no longer thinks it is acceptable to recast legacy characters from the original trilogy, as it did when Alden Ehrenreich was cast as Han Solo in the misfiring 2018 spinoff film.

“Some people have talked about how Solo should have been a TV show. But even doing Solo as a TV show without Harrison Ford as Han Solo … it’s the same thinking,” Kennedy said. “Maybe I should have recognised this before. We would never make Indiana Jones without Harrison Ford. Having just finished the fifth movie, there wasn’t a day I wasn’t on set where I wasn’t like, ‘Yes – this is Indiana Jones.’”

Kennedy also confirmed that the studio would not be looking to recast Luke Skywalker: “Just staying within the construct of George’s storytelling, to keep chipping away at that, I think would be wrong. It’s our job to step away now, but still have a connection to the mythology that George created. That won’t stop. But we are moving on from the Skywalker saga. That’s what’s taking a lot of time.”

There will be few arguments from fans here, and it’s intriguing to see that Lucasfilm has finally worked out that Star Wars is not the same as that other great Disney-owned franchise, Marvel, and needs to be treated differently. The Marvel Cinematic Universe has been character-based from the beginning: even the titles themselves focus on an individual superhero or a superhero collective. Star Wars titles, at least until recently, always focused on the plot. So it made no real sense to suddenly start pumping out movies designed to feed off fans’ fondness for specific characters who were only interesting for the part they played in the big picture.

Star Wars’ advantage over Marvel, however, is that it is the far-out, homespun fantasy mythology that fans are most in love with. Yes, they adore figures such as Luke Skywalker, Han Solo, and Darth Vader, but Star Wars still exists without them, as Jon Favreau’s The Mandalorian has proved. Remove Spider-Man, Iron Man and Captain America from the MCU, and, at the very least, there will be questions asked about which heroes are primed and ready to step up and replace them.

Let’s just imagine for a moment that instead of deciding to make a movie about the early years of Han Solo, Lucasfilm had worked out which Star Wars story it really wanted to tell and then focused on which legacy characters to include. It might well have been that the recasting problem disappeared, or at least rapidly diminished. I’m a huge fan of the Christian Bale take on Batman, but it didn’t bother me when Robert Pattinson took on the role, because Matt Reeves’ The Batman has something fresh and vital to say about the character, and stands out from anything that’s come before.

So, are we going to be stuck with a digitally de-aged Mark Hamill as Luke for the foreseeable future? You’ll hear no complaints here if digi-Hamill keeps turning up as a supporting character in future Mandalorian episodes, so well was that particular project realised in the recent The Book of Boba Fett. But if Lucasfilm was able to find a fascinating new story for Skywalker that did require a recasting, most fans would probably swallow it. In any case, it already looks as if Luke will be recast to an extent (as a child) in the upcoming Obi-Wan Kenobi Disney+ show, though it’s possible we’ll only see the new version in passing.

Perhaps it is better that Star Wars movies shift away from the Skywalkers where they can, because that story really has been told so many times that even the wisest Jedi might start to lose patience. And yet, Solo wasn’t a failure because of the absence of Harrison Ford. It bombed because nobody understood the point of its existence, and because the film-makers’ half-hearted attempts at convincing us it was worth watching proved about as useless as Jar Jar Binks in the Galactic Senate.

More Star Wars movies are inevitably coming, and some (like the excellent Rogue One) will almost certainly turn out to be joyous new additions to the canon. The lesson Lucasfilm needs to learn from its post-Lucas travails is that if there is no reason for making a new Star Wars film beyond box office returns they should probably leave well alone.

Either that, or sign up Ford for the digital de-ageing process, and pay him whatever he needs to make it happen. 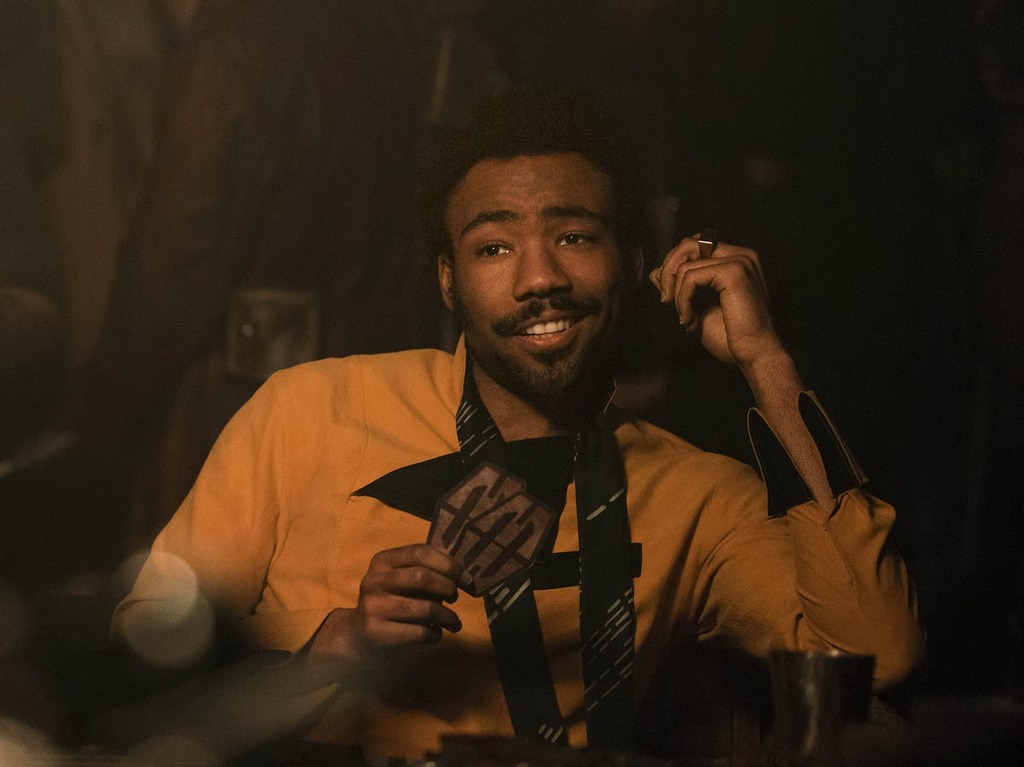 Does a refusal to recast iconic roles mean more dodgy deepfakes are set for the Star Wars universe?
Lucasfilm say they’ve learned to avoid recasting legendary characters like Han Solo, which could pave the way for yet more…

The Independent UK
One subscription that gives you access to news from hundreds of sites
Lucasfilm won't recast any more Star Wars characters. Here's why that's a problem.