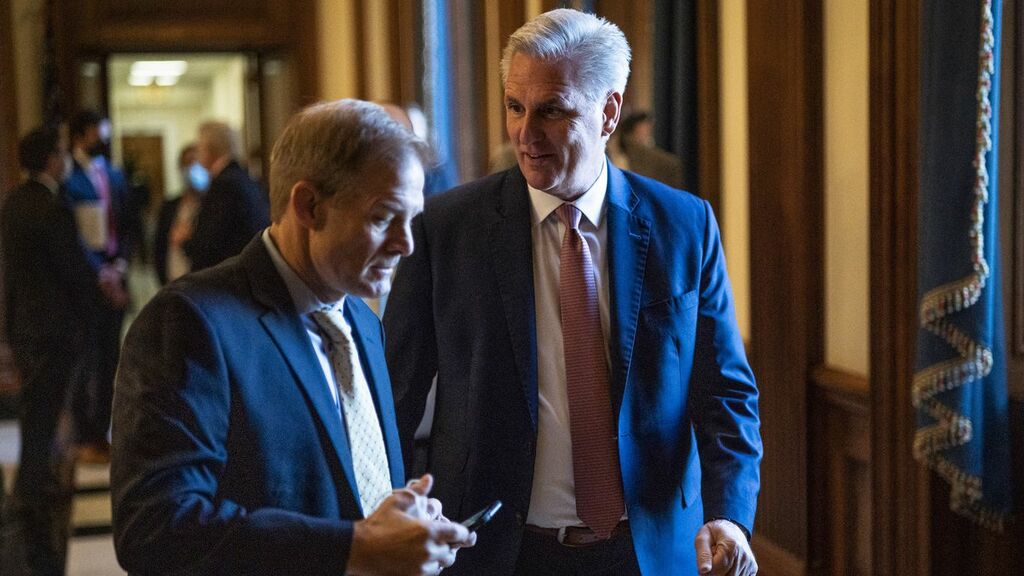 The Guardian - US
McCarthy finally subpoenaed for Jan. 6

Salon
One subscription that gives you access to news from hundreds of sites
House GOP leader McCarthy, four other Republicans subpoenaed by Jan. 6 panel - Roll Call

The Jan. 6 committee’s stunning decision to subpoena GOP Leader Kevin McCarthy and four sitting members of Congress over the… 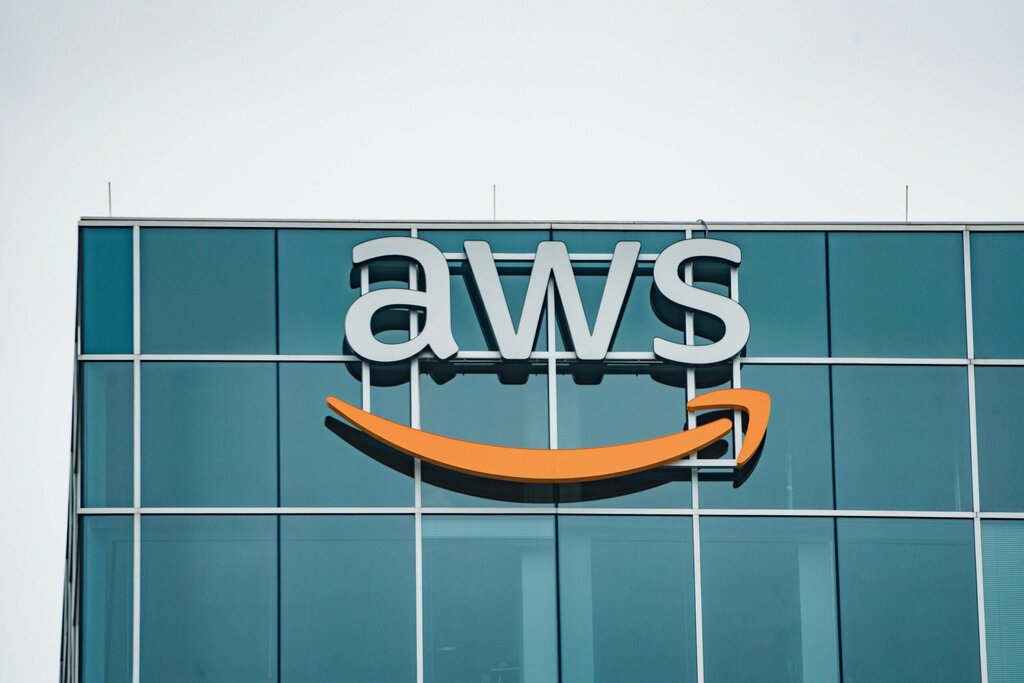 AWS, with $626m in federal contracts, pays ‘negligible’ tax: Report
Amazon’s cloud business reported $600 million in revenue in Australia but paid only $16 million in tax in the 2020…

InnovationAus
Read news from The Economist, FT, Bloomberg and more, with one subscription
Learn More
FinTech and RegTech industry eager to work with new government

Back in December of 2020, according to notes taken by then-Acting Deputy Attorney General Richard Donohue, Donald Trump tried to pressure Acting Attorney General Jeffrey Rosen to falsely assert that the presidential election had been corrupt and illegal even though the Justice Department had found no evidence of voter fraud. Donohue's notes said Trump told them, "Just say that the election was corrupt + leave the rest to me and the R. Congressmen." The "R" is shorthand for —well, you know what for. Trump had a plan — and he had accomplices.

Rosen refused to play ball and one of those "R congressmen," Scott Perry of Pennsylvania, had lined up a replacement for him, a relatively obscure DOJ official named Jeffrey Clark who was ready and willing to carry out the plan. Clark allegedly attempted to coerce Rosen to sending a letter to Georgia election officials claiming that DOJ had identified "significant concerns that may have impacted the outcome of the election," telling Rosen that Trump was about to fire him but Clark would refuse to take the job if Rosen sent the letter. Rosen didn't comply, and the White House counsel's office finally told Trump that if he followed through on his plan to fire Rosen and install Clark as acting AG, the entire top level of the Justice Department would walk out. Even Trump could grasp that that wouldn't go well, so he backed off that plan and moved on to the next one.

According to the interim report on the Jan. 6 insurrection by the Senate Judiciary Committee, it was Scott Perry — who was involved in strategy meetings at the White House, along with other members of the House Freedom Caucus — who introduced Jeffrey Clark to Trump. He also took it upon himself to call Donohue, the no. 2 official at the Department of Justice, and demand that he investigate debunked election fraud allegations in Pennsylvania, effectively reading him the riot act for not pursuing all these ludicrous claims. (I can't imagine it's common for congressmen to harangue leading law enforcement officials and importune them to lie. Maybe under the Trump administration it happened all the time.)

RELATED: Do the Democrats know how to fight? Jan. 6 committee signals it's still scared of Trump

Perry, who is a retired general, is now chairman of the Freedom Caucus and one of the five Republican congressmen subpoenaed on Thursday by the House Jan. 6 select committee. His response was as measured and dignified as one might expect:

That they leaked their latest charade to the media ahead of contacting targeted members is proof once again that this political witch hunt is about fabricating headlines and distracting Americans from their abysmal record of running America into the ground.

It doesn't sound as if he's going to cooperate, does it? Whether or not the committee will hold him and the other members in contempt, as they have done with former Trump staffers Steve Bannon and Mark Meadows, is unclear. It's interesting to note that Perry's comrade in coup-plotting, the aforementioned Jeffrey Clark, was threatened with contempt of Congress for refusing to cooperate with the committee and after much wrangling he finally showed up — only to pleaded the Fifth Amendment more than 100 times during his deposition. Clark was obviously concerned that he could be held criminally liable for something. He's a lawyer, after all.

Former DOJ official Jeffrey Clark finally showed up before the Jan. 6 committee — and took the Fifth more than 100 times. Is he the only one who understands how serious this is?

The other members of Congress subpoenaed were Reps. Mo Brooks of Alabama, Andy Biggs of Arizona, Jim Jordan of Ohio and Kevin McCarthy of California, the current minority leader and aspiring speaker. Brooks, of course, is most famous for giving a big speech at the Jan. 6 "Stop the Steal" rally in which he said it was time to "take names and kick ass." According to a former McCarthy staffer Ryan O'Toole, Brooks could be heard cheering on the mob from inside the Capitol during the insurrection.

Brooks and Biggs were name-checked by rally organizer Ali Alexander as having been part of the planning for that day, and Biggs was involved in the White House strategizing and also attempted to persuade state legislators to overturn election results. Jim Jordan famously can't remember how many times he spoke to Trump on Jan. 6, but since the committee may already know that, I imagine they'd like to know what he and the president talked about. Similarly, they are no doubt interested in hearing more about McCarthy's conversations with the president and how much he knew about House members plotting with the White House to overturn the election. McCarthy's loose-lipped phone recordings have shone some light on that, but the committee would almost certainly like to hear more about Trump's supposed admission that he bore "some responsibility" for what happened that day.

Will any of these people show up to testify? If they don't, will the committee recommend they be held in contempt of Congress and will the congress then refer them to the Department of Justice? That's anyone's guess. When asked what would happen if they refuse to show up before public hearings begin in June, committee Chairman Bennie Thompson, D-Miss., said:

We would present at the June hearing what we found in the investigation. I would hope that those members who have been identified as having information will come forward. If they don't then we get to present the findings of our investigation — without their response.

It appears committee members believe they have ample evidence of what these people did to help plot and carry out the attempted coup. They have heard from more than 1,000 witnesses and obtained more than 100,000 documents. They think they can make the case without the testimony of any of these people, but believe they needed to make the gesture, to allow Perry and other accused renegades to give their side of the story.

We know that White House chief of staff Mark Meadows exchanged text exchanges with more than 40 current and former GOP members of Congress during the period between the November election and the Jan. 6 attack. Some of these members were actively involved in the coup plotting, and 147 Republican members voted to overturn the election results just hours after the Jan. 6 insurrection. They are all implicated in the coup attempt, every last one of them.

Whether or not the Department of Justice will ever bring charges against anyone is still unclear. If an investigation is underway, it has been completely buttoned up. But nobody should believe that it cannot happen. During the Watergate scandal of the 1970s, 69 government officials were charged with crimes and 48 were found guilty, including the former attorney general, the White House chief of staff, a White House domestic affairs adviser, the White House Counsel, the Secretary of Commerce and various others, mostly on charges of obstruction of justice and perjury. It can happen. It appears that Jeffrey Clark, who took the Fifth more than 100 times, may be the only Trump co-conspirator who understands that.

The Guardian - US
McCarthy finally subpoenaed for Jan. 6

Salon
One subscription that gives you access to news from hundreds of sites
House GOP leader McCarthy, four other Republicans subpoenaed by Jan. 6 panel - Roll Call

The Jan. 6 committee’s stunning decision to subpoena GOP Leader Kevin McCarthy and four sitting members of Congress over the…