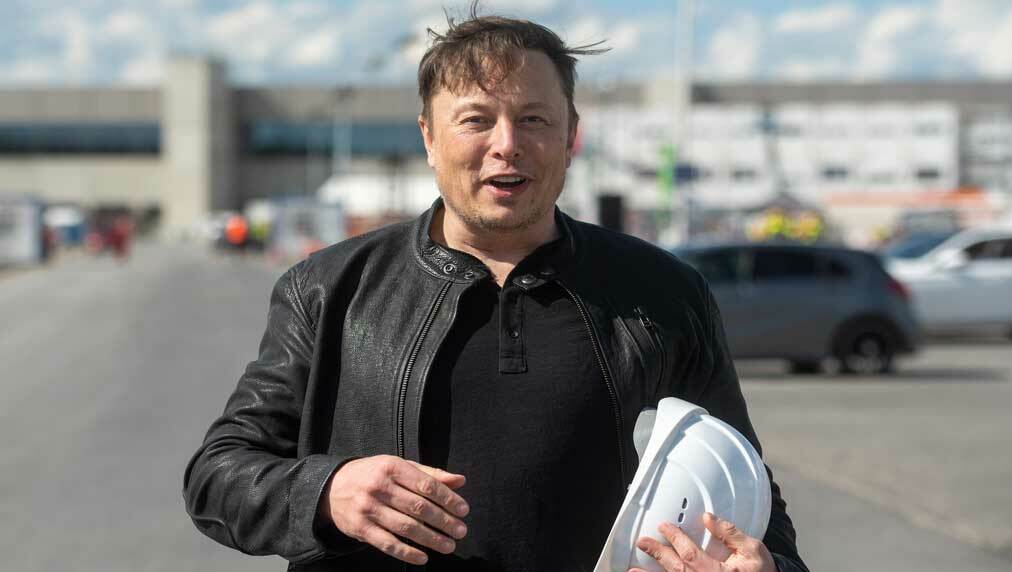 Tesla CEO Elon Musk told investors at a shareholder meeting Thursday that the company's headquarters will move to Austin, Texas from Palo Alto, Calif. He also said he thinks the worst of the parts supply crunch, especially chip shortages, will be over by 2023. Meanwhile, Tesla's full self-driving software will roll out Friday at midnight to about 1,000 owners. Tesla stock dipped late after rising slightly Thursday.

Musk did not provide specific updates on the Berlin and Austin factories.

Austin, in particular, is key as it will be the Cybertruck factory, he wrote in a report to clients on Oct. 6. Ives added that he believes Austin will become a domestic hub replacing the Fremont, Calif., plant, "given its size, location and strategic blueprint."

Tesla's Berlin factory reportedly could start to produce cars over the next month. That would relieve a major logistics bottleneck in Europe as most Model 3 and Model Y Teslas are currently made in China and shipped to Europe.

The company is hosting a county fair-type event to celebrate the opening of Gigafactory Berlin-Brandenburg on Oct. 9.

Tesla recently announced robust Q3 deliveries despite a chip shortage that hampered production industrywide and isn't expected to resolve well into 2022. Tesla stock popped as much as 4% on Oct. 4.

As a result, Wall Street is keen to find out more details about Tesla's plans to produce more of its own chips as competition in the EV space heats up.

At an event on Wednesday General Motors laid out plans to double its revenue by the end of this decade, largely by expanding its EV offerings and related software services. GM boldly predicted it would eventually surpass Tesla is EV sales.

Other, smaller rivals are also making headlines with recent launches. On Sept. 14, Rivian Automotive rolled out its first all-electric pickup truck, the R1T, ahead of its much anticipated November IPO. In an SEC filing, Rivian said it began deliveries of the R1T in September.

Meanwhile, Musk said Cybertruck volume production won't begin until late 2022, with volume production not until 2023. He added that the Semi and Roadster is also planned to begin production in 2023. That could reflect issues with mass producing 4680 batteries, key to making the Cybertruck and the long-delayed Semi and Roadster viable. Musk said Tesla won't be making 4680 batteries in Texas this year.

And on Sept. 28, Lucid Motors rolled out its first luxury Lucid Air sedans. Deliveries to Lucid reservation holders should start in late October.

Jobs Report Pivotal For Market Rally As Leaders Set Up; Tesla In Focus

Musk tweeted Thursday that the rollout of FSD Beta 10.2 starts at midnight Friday. About 1,000 owners with perfect safety scores will gain access.

"Rollouts will hold for several days after that to see how it goes," Musk said. "If that looks good, beta will gradually begin rolling out to scores 99 and below."

Musk later tweeted that a nationwide rollout could come by the end of the month.

Musk also said further refinements are coming to its safety test scoring mechanism. "It will be refined continuously until it is an extremely good predictor of crash probability. Exciting actuarial problem!" he said.

Last month, the head of the National Transportation Safety Board, Jennifer Homendy, called Tesla's use of the term full self driving "misleading and irresponsible." Her comments came after the National Highway Traffic Safety Administration opened a probe on Aug. 13 to look into several crashes in which AutoPilot was engaged.

Tesla stock fell 7% in the days following news of the probe.

And in a direct challenge to Tesla, GM announced Ultra Cruise on Wednesday, its next-generation, hands-free, driver-assistance technology.

Tesla stock lost a fraction in late trading during the shareholder meeting. Shares jumped to an intraday high of 805 on the stock market today, before paring back some of those gains to close 1.4% higher at around 794. That's the best close since February.

Its relative strength line is trending up, according to MarketSmith. Tesla's RS Rating is 87 out of a best-possible 99, while its EPS Rating is 72. With a Composite Rating of 97, Tesla ranks No. 1 in IBD's auto manufacturers group. Tesla is a Leaderboard stock.

Musk said at the shareholder meeting there are no plans to pay a dividend. "When a company offers dividends, it's cresting the hill," he said. "They've run out of things to invest in internally."

Additionally, Musk said Tesla Insurance will be available in Texas next week. Currently, it's only available in California.