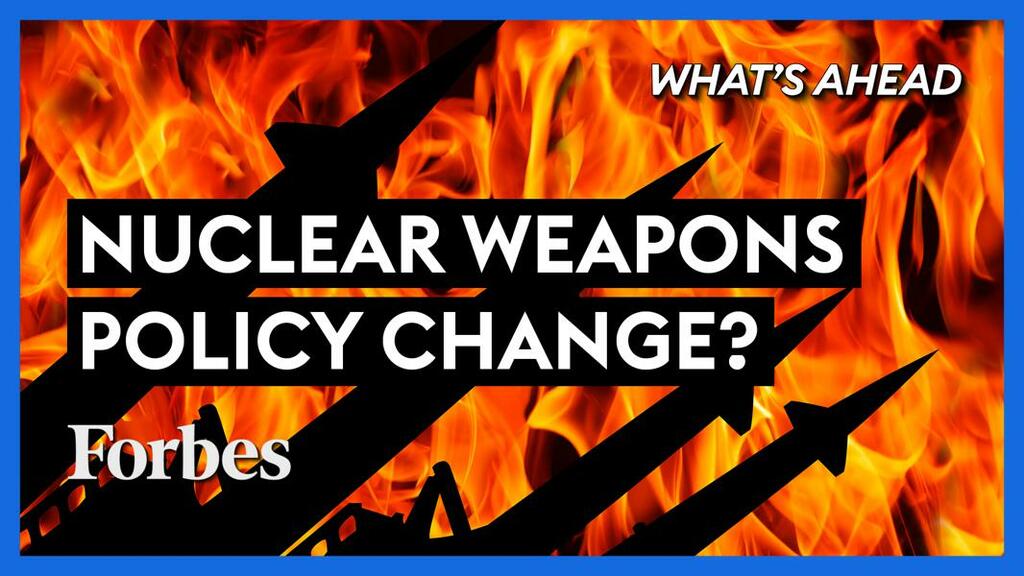 The Biden Administration is examining what U.S. policy should be in the future regarding the use of nuclear weapons, a so-called nuclear posture review. And the President is considering a change that’s freaking out our allies as well as defense officials and experts here at home.

What’s Ahead explains why these concerns are well-warranted.

Biden may go for a “No First Use” (NFU) policy for nuclear weapons. Sounds nice, but in the real world of geopolitics, it undermines the credibility of our nuclear deterrent, especially for our allies.

There is no way to know what the future may hold, such as the sudden need to thwart a missile attack loaded with biological weapons.

When President Eisenhower took office, he—behind the scenes—threatened the use of nuclear weapons to end the stalemate in the Korean War. An armistice was soon signed, after two years of endless negotiations.

Our allies are hammering home the point that changing to a NFU policy, or its equivalent, will signal weakness, thereby inviting big trouble from China and Russia.