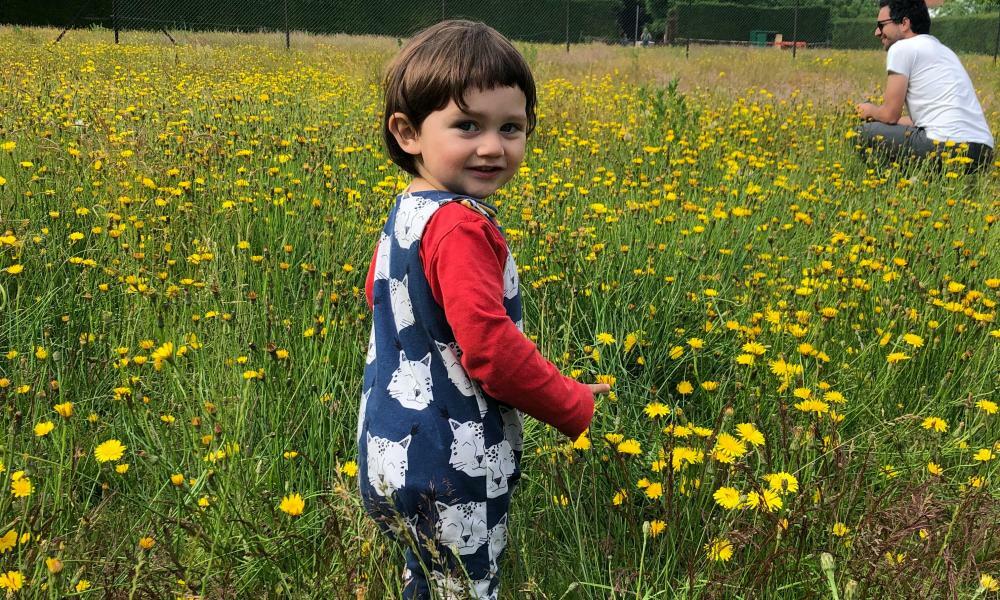 Despite protests from local people and Green councillors, all-weather hard courts with floodlights and fencing are being installed in Heigham Park, where species including whiskered and brown long-eared bats, pygmy shrews, hedgehogs and 18 species of dragonfly have been recorded.

The 10 grass tennis courts had rewilded themselves since they were closed in 2017, and hundreds of local residents signed a petition seeking to preserve the natural haven. Instead, Norwich city council is proceeding with a £266,000 plan to build three large all-weather courts, with the floral sward ripped up this week.

When the site was surveyed in 2018, ecologists for the council concluded the one-acre area was of “negligible wildlife value”. But since then, the courts had been rapidly colonised by wildflowers and species including lesser hawkbit, yellow oat grass and the yellownecked mouse.

A two-hour independent survey by two professional ecologists and local naturalists last month found a profusion of species including the rare Norfolk hawker dragonfly, the great green bush-cricket, and six species of bat, two of which, the whiskered and brown long-eared bat, are known to be light-sensitive.

Sarah Gelpke, the ecologist who led the survey, said: “This isn’t a tennis court, this is a biodiversity hotspot now, an ‘emergence meadow’ that if managed as a meadow would’ve become of high value.”

Denise Carlo, a local Green councillor, said: “There are so many open spaces being lost in cities. If we’re serious about creating climate-resilient communities we’re going to have to reduce the amount of hard cover, not increase it. All over the country, grass is being turned over to all-weather sports pitches – grass is very valuable but it’s a diminishing resource in cities.”

Anne Holgate, 81, who lives on the street next to the park, said: “It’s heartbreaking. It’s a heritage park, a listed park. The council are spending more than £400,000 [on all-weather tennis courts across Norwich] when there are food banks all over the city and young people are struggling. It’s so wicked. They’ve got no moral compass.”

Kelly Hobday, a local resident and mother of three, said: “When the kids could access the courts they loved playing there. It was all wildflowers and lovely to witness – the sort of thing you don’t have nowadays.”

Residents say the council did not consult them on the all-weather courts plan, and argue there are seven all-weather courts at another park 10 minutes away that are seldom used in winter. The Gardens Trust has opposed the plans because they do not respect the historic character of the Grade II-listed park.

According to campaigners, the council failed to undertake a proper bat survey, with council-employed ecologists undertaking a daytime walkaround to look for bat roosts.

The two independent ecologists used a bat detector one evening at the tennis courts to discover six species of bat. “I’ve never seen so many pipistrelle bats in my life before,” said Gelpke.

“The sad tale of Heigham Park is being repeated all over the country. There’s a lesson here for other councils and people desperately trying to keep wildlife in urban areas – look at your urban areas as a haven, and not a place to put a tennis court that you don’t even need.”

A Norwich city council spokesperson said: “This project will improve facilities for our residents in a historic and much-loved park.

“The importance of delivering these all-weather courts can’t be underestimated in terms of the associated year-round health benefits, as well as reducing antisocial behaviour and vandalism through the increased use of the park.

“Formal consultation took place in 2017 as part of the original planning application process. Independent heritage and ecological impact assessments have also been carried out, alongside equality impact assessments, to inform our proposals.”