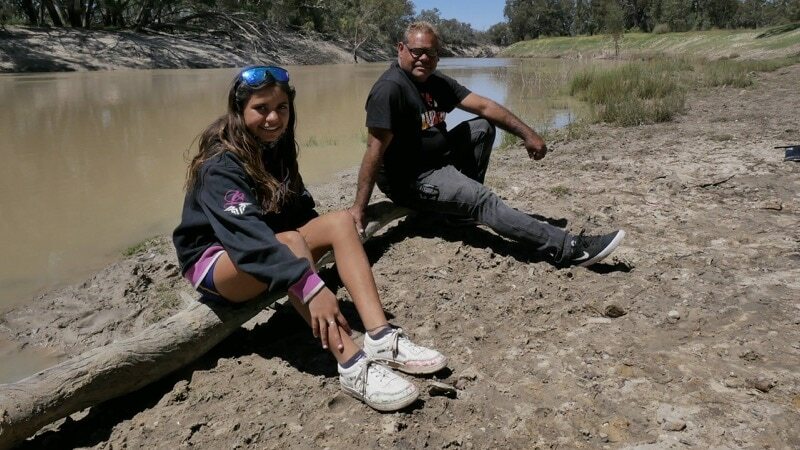 There are now zero active cases of COVID-19 in Wilcannia after local health authorities declared the last two infected people free of the virus.

The Far West Local Health District said all 152 people who contracted COVID-19 – more than 20 per cent of the town's population – have recovered.

It is a stunning turnaround for the remote, predominantly Aboriginal town, which has emerged from Australia's worst COVID outbreak per capita with only one hospitalisation from the virus.

The apparent end to the months-long outbreak also comes despite high rates of chronic disease and other health conditions in the community.

There were no new cases reported anywhere in Far West New South Wales on Wednesday, marking the region's first 24-hour period without new infections since August.

Wilcannia Baarkindji man Owen Whyman said he was taken aback by how quickly his town was able to get on top of the outbreak.

"It was a big surprise to myself and, I suppose, to the community," he said.

"They didn't realise how quick this would end, but everyone got together and went and got tested.

Mr Whyman said he could not eat properly and experienced back pain during his own bout of COVID-19.

He said the lockdown and multiple isolation periods have been frustrating for everyone, but that it was amazing to be able to come out to the Baarka-Darling River again.

"We love to go fishing, swimming and boating, and yabbying," he said.

Baarkindji girl Amelia Whyman, 13, said it was wonderful to be able to get back to normal life in the community and hoped that was the end of COVID-19 in the town.

"It feels really great to not have any other cases coming around, because if there's another … outbreak of a COVID case then the community's just like, 'Oh no, not again,'" she said.

"We want to be free — not in lockdown anymore, because it's boring in lockdown.

"It's much better to be out at the river … going to the shop, buying a feed, and just going to sit at other family member's houses having a talk, a little sit-down at the fire."

"It's a fantastic achievement when you consider where we started from," he said.

"We did have accommodation for self-isolation, but we just didn't expect the volume and the scope that hit us."

The FWLHD, state and federal government faced criticism during the crisis for failing to address the decades-long overcrowding crisis that contributed to the spread of the disease through large households.

Mr Agis said only one person was hospitalised from Wilcannia because of COVID-19.

He said two other locals were hospitalised with the virus, but not primarily because of it.

"When you look at the state average [for] hospitalisation and people being severely impacted, we've been fortunate that we didn't see that in Wilcannia," Mr Agis said.

He said the relative youth of the town's population may have been key to its recovery.

"Part of it is the fact that the age profile was reasonably young in Wilcannia — that certainly was a factor," Mr Agis said.

"Of course, most critical of all was the community's working with us very closely, and our partner organisations."