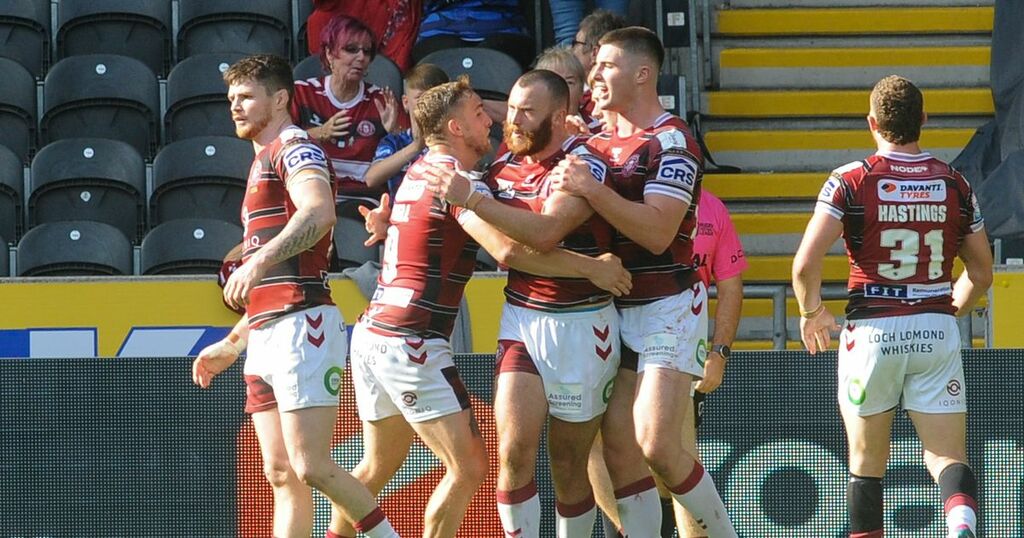 Wigan Warriors picked up a gritty 10-0 win over Hull FC in East Yorkshire on Saturday afternoon.

Tries from Jake Bibby and Zak Hardaker were enough to see off the Black and Whites and here's a look at some of the talking points to emerge.

It wasn't pretty but Wigan’s win at the MKM Stadium secures them fourth spot in the Super League, heading into the final round of fixtures.

It means the Warriors will be at home in the first round of the play-offs against the team that finishes in the spot below them, which will be the winner of Friday night’s game between Hull KR and Leeds Rhinos.

Adrian Lam felt the clash against Hull was a good test for his side going into the knockout stages of the competition as they restricted their hosts’ chances and landed some heavy blows at the other end of the field.

Admittedly, Hull didn’t exactly ask many questions of the Wigan back line, but to nil the Black and Whites, who were fighting to save their season, will be a huge confidence boost as the battle to reach Old Trafford nears.

Hardaker started the season so well as his form helped Wigan to the seven straight wins in the Super League.

For a number of reasons, he has struggled to consistently reach those heights since.

However, while Wigan’s attack wasn’t firing on cylinders in East Yorkshire, the full-back turned in a strong showing as he tried to get the Cherry and Whites going with his energy, work rate and neat pieces of play.

Of course, he scored the Warriors’ second try of the game, chasing a kick through the line and beating Jamie Shaul to it in the in-goal area.

However, his stats tell the story of a man who made a huge impact in the game. He made 21 carries in total, five tackle busts and he racked up 131 metres throughout the contest.

If Wigan are to make progress in the play-offs they’ll need Hardaker at his best and the signs are encouraging.

Revenge on the cards

Wigan’s season changed completely after their 48-0 loss to Catalans in Perpignan.

They were unbeaten in the league prior to that clash at the Stade Gilbert Brutus and looking capable of retaining the League Leaders’ Shield.

Lam’s side struggled to recover from that that heavy defeat and with confidence and momentum completely drained, they subsequently went on a five-game losing streak and haven't been able to find genuine form ever since.

However, on Friday night, they face the Dragons once more and they’ll fancy their chances of getting their own back.

That loss was back in May, but make no mistake, it will still sting and Wigan will be itching to set the record straight against Steve McNamara’s side, who have been the outstanding team in the competition this year.