By Aaron Bower at KCom Stadium 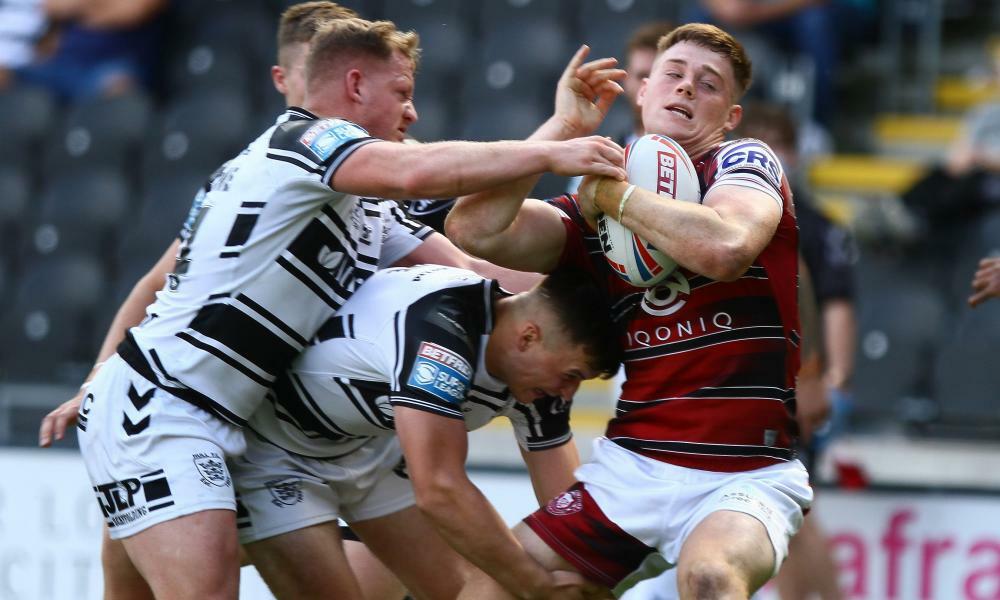 Given the high standards that surround Hull FC on a near-annual basis, a sense of disappointment is hardly out of the ordinary for a club consistently starved of success in Super League. But as the stands began to empty here in the final minutes of this match, with many accepting this season-ending defeat as an inevitability, it was hard to think of this as anything other than a pivotal moment for one of rugby league’s biggest clubs.

An expensively assembled squads in Super League history has failed to deliver. Yes, there have been numerous Covid-19 outbreaks throughout their squad, which has undoubtedly played a part in proceedings, but eight defeats in nine matches for a club of this stature is simply unacceptable.

In his pre-match programme notes the Hull owner, Adam Pearson, promised there will be changes to this squad for 2022. A breakup of this team, some of whom were present for their back-to-back Challenge Cup triumphs in 2016 and 2017, is now surely inevitable if Hull are to challenge at the top next season.

This latest defeat, which guaranteed Hull will not be in the play-offs, was perhaps the most painful of all.

“We’re just not helping ourselves,” Brett Hodgson, Hull’s coach, said. “It’s very deflating. There’s a lack of confidence in the group at the moment.

“We’re going through a review of everything, that’s we haven’t reached the level we wanted to achieve this year and we’re all accountable for that. We lack strength in depth.”

While Hull’s play-off hopes were put to bed, Wigan secured fourth place and a home tie in the opening week of the play-offs.

It was not pretty, but that mattered little. Although their attack remains patchy, keeping a home team scoreless for the second successive game will surely build some semblance of confidence for Adrian Lam and his players.

“It had a semi-final feel and it was exactly what we needed,” he said. “I’m really proud of our efforts defensively.”

Both teams huffed and puffed for 40 minutes with absolutely no joy whatsoever and rarely has a 0-0 scoreline midway through a game felt more fitting.

The most notable moment was a kickable penalty for Hull with the interval approaching. Instead of kicking the goal though, they ran the play and turned the ball over on the first tackle, neatly summing up the first half.

Whichever side scored the opening try after half-time was always going to take control. After another 10 minutes of very little drama, a pinpoint kick from Jackson Hastings sparked the game into life. Jake Bibby claimed it and forced his way across the line to put the visitors in front.

Would that stir Hull FC into life? In a word, no. Their attack laboriously offered little in response and in games like these moments of brilliance are equally important. So when the Wigan full-back, Zak Hardaker, instinctively kicked forward and outpaced his opposite number, Jamie Shaul, on the hour mark to make it 10-0, you felt another defeat was now nothing but an inevitability for Hodgson and his side.

They certainly did not drop their effort in the final minutes. But effort is the bare minimum from a club where so much is expected each and every year.

Once again, 2021 has proven to be a grave disappointment. There is a fascinating and decisive winter ahead in Hull.