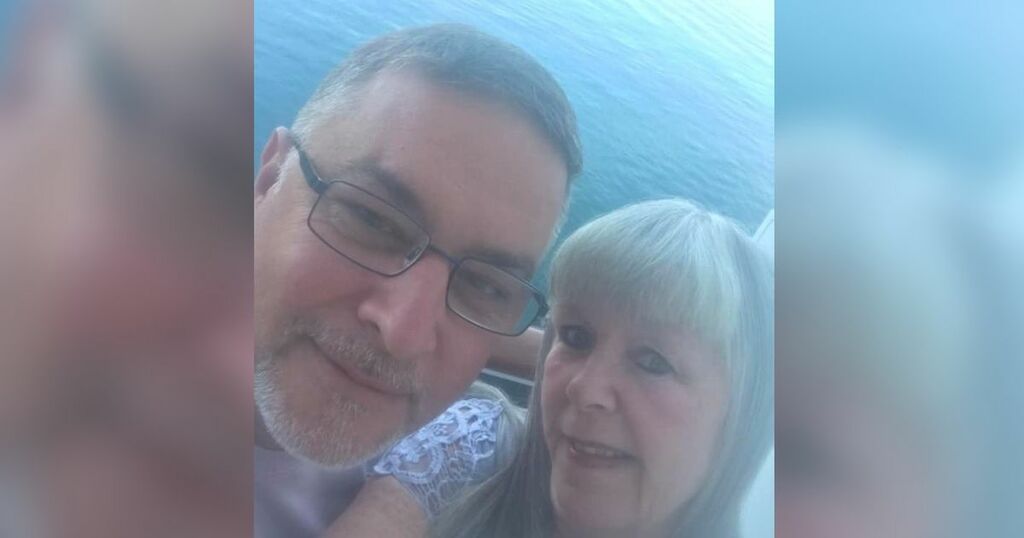 A £126k cannabis farm being grown at a couple’s home was uncovered when the wife reported the husband missing and police visited the house.

Officers attended the property in Ormskirk when Carmen Lodge became concerned about Jason’s mental state but had not expected them to search the property.

In a state of panic, she attempted to ask them to return in an hour but was told police needed to enter.

Once inside, they found part of the drugs farm in the garage of their Cottage Lane home before being led to a larger and “professional” setup in the cellar.

The couple were sentenced at Preston Crown Court today, and Judge Richard Gioserano dismissed an attempt to claim Jason Lodge was forced to have the farm inside the house as “nonsense”.

“That was due to a call made by Carmen Lodge reporting her husband missing. She had some concern for his mental health and mental state.

“When the police attended, they said they would need to search the property. She said ‘I can’t deal with this’ and ‘can you come back in an hour?’.

“The officers explained why it was necessary to and proceeded to go ahead with the search accompanied by another member of the family.”

Once inside, they found 30 cannabis plants in the garage with an estimated yield of 1.2kg.

Carmen Lodge, 57, then admitted there were more drugs in the garage, where the much larger setup was found to contain 150 plants at various stages of development with an estimated yield of between 4.2kg and 12.6kg.

The electricity in the property had also been bypassed, while subsequent analysis found Jason Lodge’s fingerprints on equipment in both rooms.

In total, an expert analyst estimated the drugs in the house would be worth between £84k and £126k.

Carmen Lodge was arrested at the scene and Jason Lodge, 50, was soon found at a hospital and detained.

The pair made no comment in interview but when invited back, Jason Lodge claimed not to have been involved in the actual running of the farm.

Ms Obrusik said: “He gave a prepared statement which effectively stated that had been approached by people asking to use his garage for the storage of furniture but it wasn’t really for that.

“He asked them to move it all but was threatened. He attempted to sabotage it and had no involvement day to day. Two people would visit once a week.”

Similar claims were made in a basis of plea which was submitted to the court but rejected by the prosecution.

At an earlier hearing, Jason Lodge pleaded guilty to production of a Class B drug and Carmen admitted a charge of permitting premises to be used for drugs activity.

Ms Obrusik said that both had historic previous convictions for minor offences but were effectively of good character.

Defending, Jason Lodge, Kate Morley said the main mitigation were his early guilty plea and the length of time taken to deal with the matter.

She said: “Prior to the global pandemic, it took some 18 months for enquiries to be made in order to start the ball rolling for these defendants to be charged.”

She also said that Jason Lodge had been experiencing mental health difficulties at the time of the offence including post-traumatic stress but had since sought counselling and had not committed any further crimes.

Ms Morley added that mobility issues and back problems also meant he was unable to work and received personal independence payment (PIP).

Gerald Baxter, defending Carmen Lodge, said she was not a sophisticated criminal, as indicated by her calling the police to the scene of the crime and was extremely unlikely to reoffend.

Sentencing, Judge Gioserano said that he did not believe that Carmen Lodge ever thought the police would search the home when she called with concern for her missing husband.

He went on to dismiss the attempted bases of pleas as ‘nonsense’, adding: ”The two of you couldn’t even come up with the same nonsense as you couldn’t get your stories straight.”

Judge Gioserino continued: “I’m dealing with you three-and-a-half years after the event and very little of that delay is of your making.

“It took 18 months just for the two of you to be charged and then the covid pandemic has caused further delay.

“Both of you have been in no further trouble in that time.”

He handed Jason Lodge a two year sentence but decided to suspend it for two years, citing the delays, the fact he has not since re-offended and his efforts to tackle his mental health problems.

Jason Lodge was also ordered to take part in 20 days of rehabilitation activities and keep to a 8pm-6am curfew for 12 months.

Carmen Lodge was given a 12 month community order which included a six month curfew for the same hours.

Both must wear electronic tags to monitor their compliance with the curfew and the judge said people seeing the tag would likely form an additional punishment.