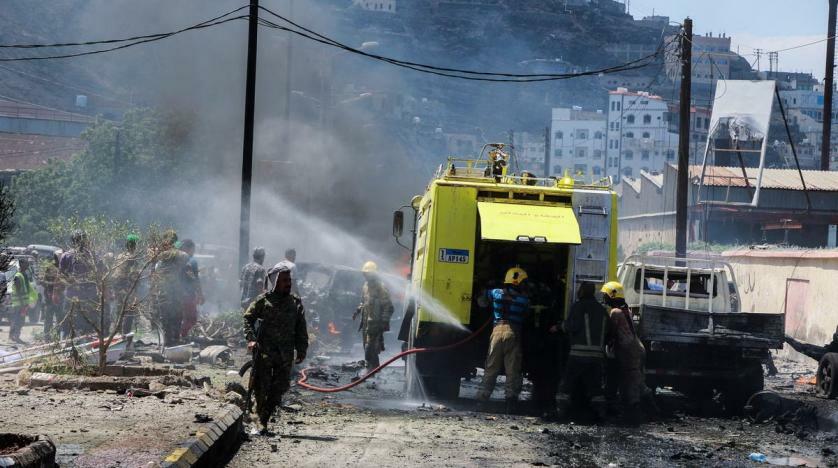 Sunday’s failed assassination attempt resulted in the death and injury of 13 people, including civilians.

The GCC member states maintain their supportive stance towards Yemen and reject vehemently such acts of terrorism that run counter to all religious, moral and humanitarian values, said Al-Hajraf in a statement.

He voiced sincere condolences to the brotherly people of Yemen and the families of the victims, wishing the wounded a quick recovery.

He called on all Yemeni parties to stand united in the face of terrorism and work together to restore security and stability to Yemen.

The EU Mission in Yemen said in a statement it strongly condemned the “horrific” attack.

“Yemenis have the right to live in peace all over the country,” it said while emphasizing that the implementation of the Riyadh Agreement is paramount.

The Organization of Islamic Cooperation (OIC) condemned the attack and affirmed the firm position it holds against terrorism in all its forms and motives.

It stressed the need to unify Yemeni ranks to confront terrorism and achieve the aspirations of the Yemeni people for security and stability.