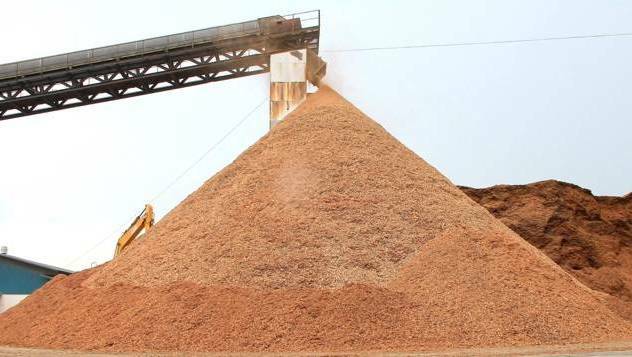 IF you cast your mind back to late 1998, Boral used to export wood chips from our Newcastle Harbour, there was a massive protest with canoes blocking the port, the Herald would have covered this protest, the whole of Newcastle was against this happening.

The Wilderness Society of Newcastle went to council meetings to put the argument to the council and there was a huge victory and Boral were banned from exporting wood chips from Newcastle Harbour, and all wood chip exports ceased in 2013.

Why would we return to the bad practices of the past? Wood chip exports will create demand to log more of our precious native forests and have a big impact on biodiversity.

Now you have published the proposal to do it all again. Our trees are precious. We must protect koala habitat, not chip it and burn it.

Burning forests for power is very 18th century. This is a completely backwards climate "solution". New trees will not grow quickly enough to sustain this type of practice.

We need to protect forests for wildlife, recreation, and carbon storage and to clean up our polluted air.

SCOTT Morrison's weekend Father's Day jaunt to Sydney seemingly broke no official rules, however, like several other of his misdemeanours over time, it broke the most important public rule: the pub test rule - how does it look to the average punter?

I suspect most would think it 'just not on', others would ask what's the problem? But the issue Mr Morrison can't avoid is, just how it was intentionally covered up - aided by the old family photo in his tweet - so that it snuck under the radar.

Mr Morrison in my book lacks understanding, sensitivity and displays fragmented judgment with a degree of arrogance and position entitlement. In my pub this has been another 'fail'.

Problem is 'plane' to see

SCOTT Morrison is defending himself against the numerous criticisms of his decision to take a trip to Sydney for Fathers' Day. ("PM rejects criticism of Fathers Day trip", Herald, 7/9).

I'm not going to say anything about that. He's Prime Minister, by definition more important than anyone else in Australia, so has a perfect right to go anywhere he wants to, and do whatever he wants to, whenever it suits him, right? I mean, if you're the Prime Minister and thus more important than anyone else in the country, you shouldn't have to cop people whinging about anything you do, right?

So I'm not whinging about the fact that he went. What I am whinging about is his use of a RAAF aircraft for what amounts to a private trip, and spending several thousand dollars of taxpayers' funds, citizens' money, in the process. The PM claims to have had no special treatment. Having a free luxury aircraft at your disposal which costs about $4500 an hour to run is not special treatment? Right.

IF, as the Prime Minister claims, his Father's Day trip to Sydney was reasonable and within the rules, why did he try to hide it?

The visit did not appear in his schedule, and was not made public, at least at the time. To mark Father's Day, he posted a photo on Instagram of himself with his family cropped from a larger photo taken in February at a public event. In the post, he made a point of saying the photo had been taken earlier this year. Why would he do this instead of posting a photo taken on Father's Day itself (as he could have done because he was at home)? As I see it, because he wanted to deceive people about the truth. He wanted to create the impression he wasn't at home.

The purpose of all three visits may well have been defensible, even admirable, but that's not the point. The point is that we have a prime minister who apparently sees nothing wrong with deceiving the public if it suits him to do so.

In some countries, a railway line from one major city to another is worth protecting. The record of safety of train transport for passengers has improved since the 1930s days of Doc Evatt, when passengers were regularly thrown out of trains, because there were no doors.

The railway guard being replaced with cameras means passenger safety is not front of mind in decisions made by politicians who do not demonstrate expertise in these matters.

The NSW state government demonstrates lack of expertise regularly, as shown in a growing list of wrong decisions in the realm of public transport.

Only six years ago the amendment of the Act of Parliament made late on a Wednesday night, mid-October 2015, with the help of the two votes from the 'Shooter and Fishers', allowed the city railway line in the heart of Newcastle's CBD to be ripped out.

Mr Andrew 'this will allow us to forge ahead' Constance, and Ms Berejklian, will be remembered; in the words of The Bard: "The evil that men do lives after them ..."

Is hydrogen really the answer?

BILLIONAIRE Andrew Forrest plans to spend $1.3 billion on a hydrogen plant, said to power the housing market and small business, with a promise to use 5 per cent hydrogen in the process.

Considering manufacturing hydrogen requires a huge amount of base load power, from what energy source is the other 95 per cent coming?

Why the housing market? $1.3 billion would provide solar panels and Tesla batteries for 65,000 homes, without producing carbon, hydrogen produces more carbon during manufacture than saved when being used, so where's the benefit or purpose?

Could the other 95 per cent be planned for export? Will we be polluting our atmosphere for other countries to benefit? Will those with investment in this proposal be eligible to claim carbon credits against their net zero emission targets?

Will taxpayers' money be used, considering a similar hydrogen plant in the Hunter Valley has received $70 million from the NSW government?

Will houses require special equipment to use hydrogen, and how will it be delivered, or will it be used for power stations? Many questions go unanswered that must be answered before governments give approval or financial assistance.

A QUESTION for our PM. How many other politicians flew out of the ACT last weekend to see their family on Father's Day?

REGARDING Morrison's little Father's Day soiree. Are there still people among us that are still shocked by the hypocrisy?

VACCINE passports are a great idea for both domestic and international travel. The only problem so far is will all countries accept all vaccines? The US, for example, does not recognise AstraZeneca let alone the Australian version. Does this mean that I will not be able to go there even though I am double dosed?

HERE we have Grace Tame and Brittany Higgins having a go at our PM for not doing enough to protect women in the march/demo this week. What can one man do? Whether he is the PM, police chief or JC himself to try and control the pond life scumbags who perpetrate these crimes on women. If someone can think of a remedy please let us all know.

THAT $13 billion that Morrison gave to these companies would have been handy to buy a fleet of water bombers for our bushfire season or pay for our vaccines.

CAN we have vaccination percentage of Sydney compared to the rest of NSW?

THANK you to Channel 7(2) for excellent coverage of the Paralympics in Tokyo. It was sheer joy to watch those skilled athletes and even more inspiring to hear their responses when giving personal interviews. Not only superb athletes but wonderful and worthwhile people.

I'VE been thinking that for the first time I must agree with Michael Gormly with his opinion of opening up too soon on COVID. Also, as much as I hate the silvertails, I think Turbo Tom is the best league player this year by a mile, but hopefully I get to see Ponga awarded the Clive Churchill medal in a Knights victory.

AUSTRALIAN native animals are faced with an extinction crisis. Australia has a terrible native animal extinction record. Over 1700 native animal species are presently at risk of extinction. Land clearing, a mega-sized problem, pollution, climate change, feral cats and industrial development are pushing our native animals to the brink. Australia desperately needs leadership and action from the Morrison federal government to halt the shocking extinction landslide.