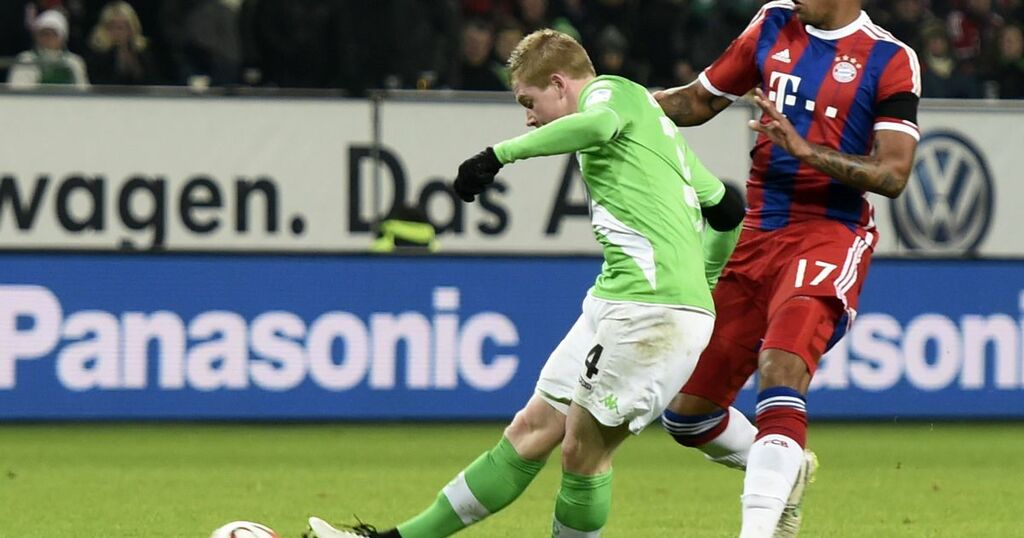 Barely a day goes by without the two discussing football, something that remained the case when Guardiola was working at Bayern Munich and Begiristain was already in position at the Etihad Stadium.

One such chat came on January 30, 2015, after Guardiola’s Bayern suffered a chastening Bundesliga defeat at the hands of Wolfsburg.

“The guy’s a machine,” he said of Kevin De Bruyne, as recalled in Pep’s City: The Making of a Superteam by Pol Ballus and Lu Martin.

De Bruyne had scored a brace after setting up Bas Dost’s opener in a 4-1 win for Wolfsburg - the type of performance that helped him to be named Bundesliga Player of the Year for 2014/15 and made him one of the hottest properties on that summer’s transfer market.

The game was broadcast on BT Sport in the UK and showcased an incredible transformation from the youngster who slipped out of Chelsea almost unnoticed a year earlier.

As City prepare to face RB Leipzig in the Champions League on Wednesday, it should be remembered that the Bundesliga was where their star player thrillingly came of age.

A loan stay at Werder Bremen in 2012-13, where a 21-year-old De Bruyne scored 10 goals and provided nine assists in all competitions, preceded a return to Stamford Bridge, although the road to the first team under Jose Mourinho was blocked.

That led the playmaker to find another path at Wolfsburg via an £18million switch in January 2014. The following August, City lumped the thick end of £40m on top of that valuation, bringing much mirth from the red tops and the Soccer Saturday brains’ trust.

But if Thompson and Merson had been tuned in to events at the Volkswagen Arena that night, they might well have been left signing a different tune.

De Bruyne ran roughshod over a typically finely honed Guardiola outfit. He burst forward to tee up Dost for a simple fourth-minute finish.

The Netherlands striker doubled his tally before half-time, leaving the stage free for De Bruyne to revel afterwards - scoring two goals as he exploited the wide-open spaces afforded by Bayern’s high line as they chased the game.

It was the Munich giants’ first league defeat of the season and barely punctuated their march to the second of three consecutive Bundesliga crowns under Guardiola.

But Pep’s glowing assessment of his old friend clearly had an influence. Fast forward seven months and City saw off competition from Bayern, making De Bruyne their record signing.

Would they have pushed so hard had Begiristain not received that iron-clad testimony? We can’t be sure, but the fact is City had the player Guardiola wanted and, six months later in February 2015, Begiristain had the manager he and his employers wanted more than anything.

De Bruyne’s astounding return of 16 goals and 23 assists for Wolfsburg established him as a leading light in the global game. But the performance that was the jewel of that incredible output helped to put him and Guardiola on the path to unprecedented success in Manchester.