In a cancer ward in Ghana, dozens of children lay motionless as they wait for a diagnosis or operation, pain relief dripping into their veins.

Each year 1,200 children under the age of 15 develop cancer in the west African nation – a figure that has been steadily rising for the past decade. If these children were born in a high-income country, 80 per cent would survive. But here in Ghana, only around a quarter will reach adulthood.

Doctors say low survival rates are a consequence of prohibitive healthcare costs and late diagnosis, caused by a lack of cancer awareness.

“The thought of a child dying unnecessarily of cancer is an outrage. Yet in my country, Ghana, socio-economic and cultural issues conspire to make it happen regularly,” says Professor Lorna Awo Renner, the head of a Paediatric Oncology Unit in the capital city Accra. “Most common childhood cancers can be cured if diagnosed and treated early.”

At the Korle-Bu Teaching Hospital where Prof Renner works, the majority of the young patients are battling leukaemia, lymphoma, renal and ocular cancers. Some undergo intensive operations to remove tumours, most have chemotherapy, and a small number receive radiotherapy.

Worldwide, more than 80 per cent of children with cancer live in developing countries like Ghana. And by 2050, half of global childhood cancer cases are projected to occur on the African continent, according to research published in the Lancet on Tuesday.

Yet treatment often comes at an unaffordable cost. In Ghana, says Prof Renner, it is “payment out of pocket”.

“That money is a lot for normal people,” says Prof Renner. “Even a teacher’s salary is only a few thousand cedi a month. Most people cannot afford this.”

Ghana is home to 32 million people and in 2020, 11 per cent lived below the international poverty line – defined as living on $1.90 US dollars a day or less.

Doctors do not turn children away if their family cannot afford treatments. Instead, parents are asked to contribute what they can, and the hospital appeals to donors for the remaining balance. Some local business people donate hundreds of cedi on their birthdays, one nurse says, while churches and mosques send regular payments too.

Downstairs in the day treatment room, where bright illustrations and cartoons fill every wall, Abina* looks steadily at her fingers as she explains she could not pay for her 10-year-old daughter’s chemotherapy. They come from the Volta region, and visit the centre every other day for Amma’s* Asparaginase injections.

“She got easily tired, couldn’t walk. It was leukaemia. She has been getting treatment for 10 months now,” Abina says. “Since it all hit I can’t sleep, I’ve been crying. I couldn’t pay, so the hospital is buying the medicine for me.”

“I’m not sure when it will end,” Amma says. “But I’m feeling better since I came.”

Another mother, Kwame*, sits with her two-year-old son Tano* cradled on her lap. He wears a green spiderman t-shirt and is small for his age; his eyes droop and he falls asleep as his mother talks.

Kwame found a large lump on her son’s genitals when he was six months old. He underwent surgery at the age of one, but more tumours soon appeared. He now receives regular chemotherapy.

“If not for the donated money, by now he wouldn’t be here,” Kwame says.

In Ghana, childhood cancer is not currently covered by the National Health Insurance Scheme, established in 2003 with the aim of introducing basic healthcare services to all residents.

The Ghanian government announced earlier this year that it would soon add treatment for the main four childhood cancers to the NHI scheme, but plans are yet to be finalised.

Abandonment is a major issue for low childhood cancer survival rates in Ghana, too.

The specialist care is only available in Accra, where roughly two million people live, impeding access for millions of people living in the vast rural regions. Travelling from the north to the southern capital can take at least a day.

Prof Renner said that 50 per cent of her patients used to halt treatment halfway through – mostly as a result of hospital fees, but also due to the transportation and hostel costs.

This figure has been reduced to 15 per cent, Dr Renner says, in part because of a charity called World Child Cancer which helped Korle-Bu fund diagnostic investigations, purchase chemotherapy doses and cover the costs of transport and clinic appointments.

But accommodation proves a challenge, also. Outside an intensive care unit in the children’s block, a mother lies sleeping on the concrete corridor floor. Her child is under six months, meaning she cannot stay with him in the ward. A thin blanket covers her frame.

“There’s a space for her to sleep, but it’s far, she wants to stay close to him,” Prof Renner says.

As cancer treatment is often needed multiple times throughout a week – and potentially for several years – mothers and their children from outside of Accra stay at a hostel. Funds are now being raised to build a second hostel closer to the oncology ward.

This issue isn’t confined to Ghana – across sub-Saharan Africa, children stopping their treatment prematurely is a key factor for low survival rates. According to the Lancet Oncology report, Kenya and Zambia report childhood cancer abandonment rates of 54 per cent and 46 per cent respectively, the researchers said.

“High transportation and accommodation costs, the choice of traditional healers over clinically trained physicians, low maternal education, and fears about treatment are some of the reasons cited for this,” the authors wrote.

They also cited a crucial and escalating issue – the lack of paediatric oncology specialists. Currently 31 countries have no trained paediatric oncologists, meaning children are treated by nurses and medical officers instead.

Ghana is one of four countries where training for these roles exist – along with South Africa, Uganda and Tanzania. At Korle-Bu, doctors from Liberia, Cameroon and Sierra Leone study side-by-side on the oncology ward for a year, and say they will return home when their residencies end.

But the Lancet Commission warned investment in such training and recruitment “will be in vain” if “high-income nations such as the United Kingdom continue to entice local staff with more lucrative job offers in the National Health Service”.

The report added that the challenge of tackling cancer is only going to increase in the coming decade. By 2030, researchers estimate that around one million people could die annually in sub-Saharan Africa – almost double the 520,000 cancer deaths reported in 2020.

The increase will be driven by infectious diseases including HPV, tobacco use, alcohol consumption, and high-calorie diets. For example, obesity rates have increased significantly as people shift to a more Western diet alongside increasingly sedentary lifestyles, jumping by 1400 per cent in Burkina Faso and by more than 500 per cent in Ghana, Ethiopia, and Togo in the past three decades.

Back at Korle-Bu, a young boy sits on the hospital bed in the daycare centre, his father standing facing him, briefcase hung on his shoulder. The pair have dropped in for the boy’s daily leukaemia injection and are chuckling conspiratorially.

The boy laughs with the nurse – “not yet, not yet” to delay the injection. His father and the nurse tease him, and a socio-psychology nurse steps into the room to distract the boy.

After five minutes, the nurse inserts the treatment in his thigh, and the young boy – and the team around him – let out a small cheer.

*Names have been changed at the request of the patients 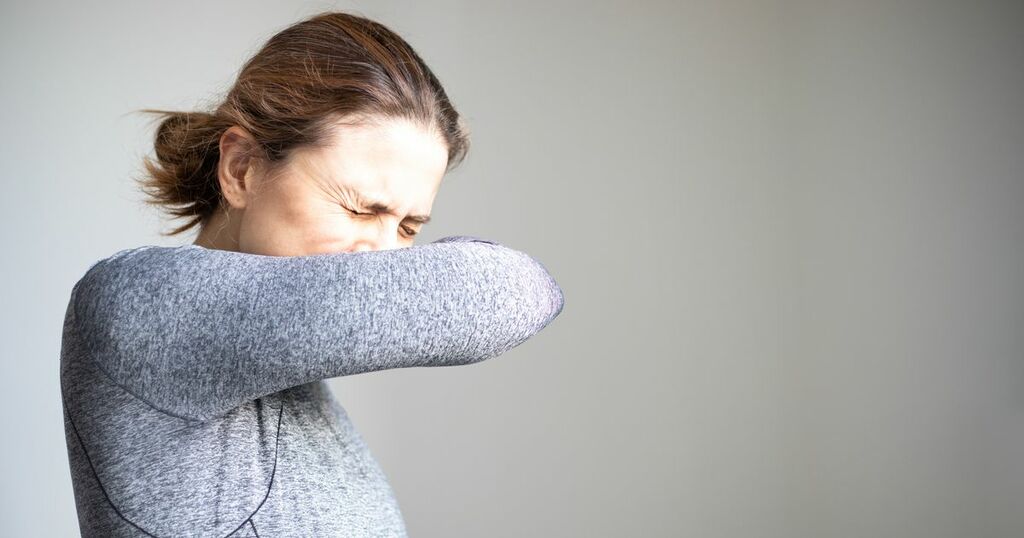 Blood cancer flu-like symptoms you should know about
Here is everything you need to know about blood cancer, including signs and symptoms

Emma McNeilly, eight, was diagnosed with Ewing's Sarcoma in June 2021, with her mum Petra and dad Paul's life being…

"What she has been through, it would break your heart to see it"