Why there were delays on the M4 in the Vale of Glamorgan, Cardiff and Swansea on Wednesday 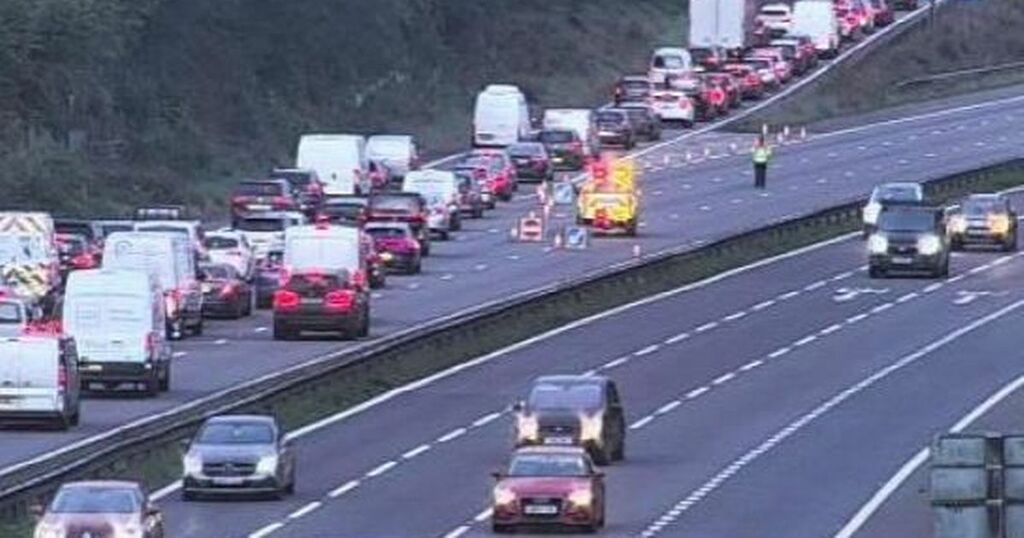 The first accident involved a car and a lorry and happened westbound around 6.30am between junction 34 Miskin and junction 35 Pencoed.

Police closed the westbound carriageway for more than an hour to aid with the recovery. A spokesman for South Wales Police said: "There are no reported injuries and the vehicles were recovered in about an hour."

Traffic was diverted off at junction 34 Miskin, and it lead to delays back to Culverhouse Cross on the A4232, and through Talbot Green and surrounding areas.

The carriageway re-opened just after 8am, but there were still long delays as the queues cleared.

Traffic had been back to junction 33 Cardiff West where there are already hold ups because of ongoing roadworks that mean two lanes are closed in both directions. More details about those roadworks here.

After the first accident, there was a second accident close to Swansea. Live updates from that incident here.

It happened eastbound between junction 45 Ynysforgan and junction 44 Lon Las.

One lane was closed and there were delays of up to 40 minutes in the area.

Vehicles involved in the accident were moved to the hard shoulder and the lane was re-opened just after 8.30am, but delays remained for some time. There were no reported injuries.