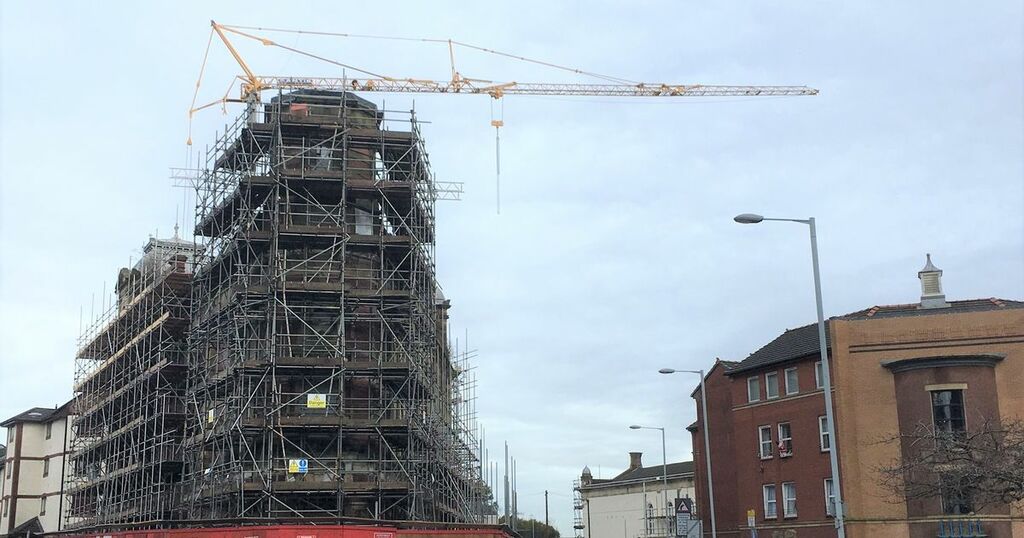 A giant crane can be seen hovering over Swansea's High Street, as restoration work to bring a city landmark back to life makes progress.

The historic Palace Theatre, a 134-year-old grade two listed building, is being transformed into a home for tech, start-up and creative businesses by contractor R&M Williams Ltd on behalf of Swansea Council.

Work began on site in the autumn, and now the crane has moved in to assist with early work, including installing a temporary roof, which will enable the removal of the existing, dilapidated roof and, in due course, the installation of a new roof.

READ MORE: End of an era as buildings at former university campus are torn down

The crane is also assisting with lifting materials to high levels due to the restricted access around the site.

Council leader Rob Stewart said: "It’s great to see another towering crane on Swansea’s skyline – it shows that regeneration here is moving at pace, making Swansea a place where business, families and individuals want to be.

“This excellent council project will bring new life to one of the city's most iconic buildings."

As a theatre, the Palace once staged performances with the likes of Charlie Chaplin and Sir Anthony Hopkins. The six-storey flatiron-shaped structure was acquired by the council from private owners around two years ago, after it had fallen into disrepair and was in danger of being lost.

The council has appointed Tramshed Tech as the lead tenant to run the building, which could reopen next year.

It is being transformed by R&M Williams Ltd which has a track record of working with heritage buildings, including £4 million refurbishment projects at the grade two listed Penarth Pier Pavilion and Empire House, an iconic 1920s Cardiff landmark.

The project is being assisted with funding from the Welsh Government’s Transforming Towns programme.