THE Newcastle Knights believe they can provide the right environment for Jack Hetherington to cast aside his reputation as a loose cannon and realise his undoubted potential.

Hetherington, the explosive Canterbury forward who has not played since round three after undergoing shoulder surgery, has reportedly been given permission to negotiate with rival clubs, amid the fall-out after Trent Barrett's departure as Bulldogs coach last week.

The Knights, Wests Tigers and St George Illawarra have all been linked to the 25-year-old, who played his first junior football with Valentine-Eleebana Devils.

Hetherington was recently described by Bulldogs general manager of football Phil Gould as an "elite" talent, and according to GPS data last season he posted the fastest speed recorded by any forward in the NRL.

But at this point in his career, he is perhaps best known for his propensity to attract unwanted attention from the referees and judiciary.

Since debuting for Penrith in 2018, he has played in 43 NRL games and been charged eight times with an array of illegalities, leading to a combined tally of 15 weeks on the sidelines through suspension.

Such an unenviable record might deter some clubs, but the Knights are considering gambling well over $1 million by offering Hetherington a three-season deal.

The Herald understands there are two factors that have convinced Newcastle officials the 190-centimetre, 107-kilogram firebrand is worth the risk.

First, under the new match-review points system introduced at the start of this season, all players were given a clean slate, so Hetherington no longer has carry-over "loading" for previous offences.

Second, Newcastle's head of physical performance, Hayden Knowles, worked with Hetherington at Penrith and has apparently provided a glowing reference not only for his athletic ability, but also for his character.

Knights officials believe Hetherington, properly harnessed, can be a Victor Radley-type enforcer capable of intimidating the opposition while inspiring his teammates.

Should he agree to join the Knights, Hetherington could ironically prove an ideal replacement for Warriors-bound Mitch Barnett, who has also missed more games than he would care to remember through suspension, most recently after copping a six-week ban for elbowing Penrith forward Chris Smith.

Hetherington is the son of former Canberra and North Queensland back-rower Brett Hetherington, who for more than a decade owned the Gunyah Hotel at Belmont, while his partner is a Novocastrian, so Knights officials are hopeful family ties will help their cause.

Meanwhile, Knights centre Bradman Best might miss only three games after dislocating his elbow in last week's 36-12 loss to Brisbane.

Best has been cleared of any fractures and faces four to six weeks of rehab, which includes two bye weeks. 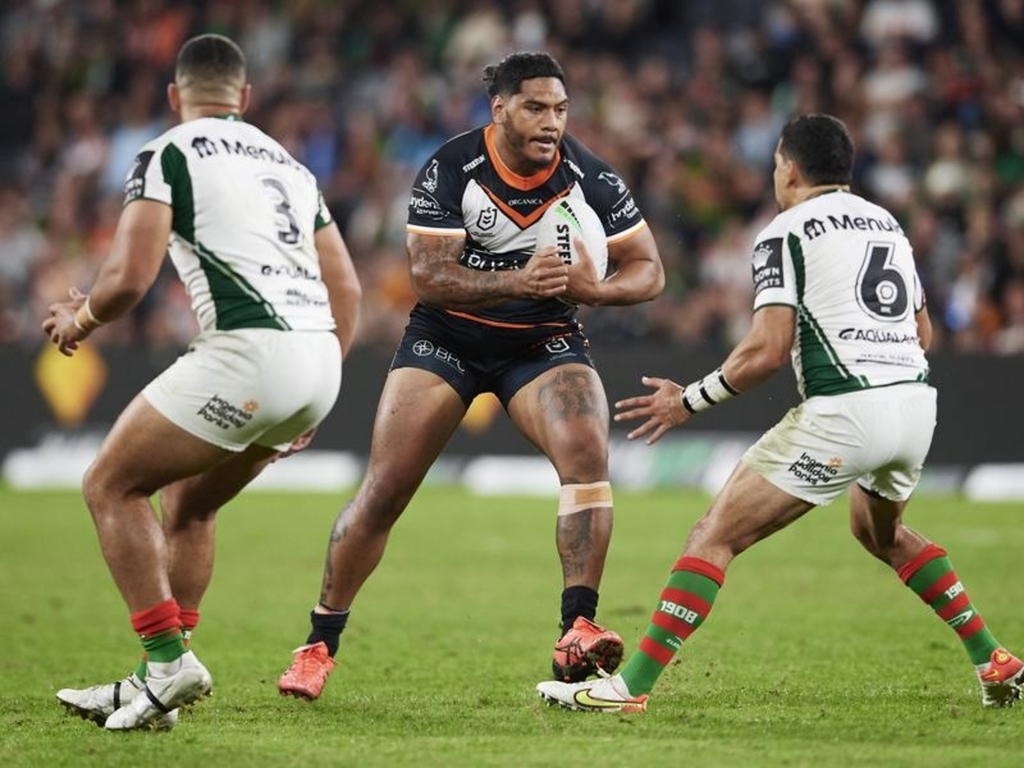 Tigers free up NRL spot, release Mikaele
Wests Tigers have freed up a spot on their NRL roster with prop Thomas Mikaele released to take up an…

AAP
One subscription that gives you access to news from hundreds of sites
TOOHEY'S NEWS: Knights labeled 'quitters' as damning stats show lack of fight

In their past four defeats, the second half scoreline reads 103-6.