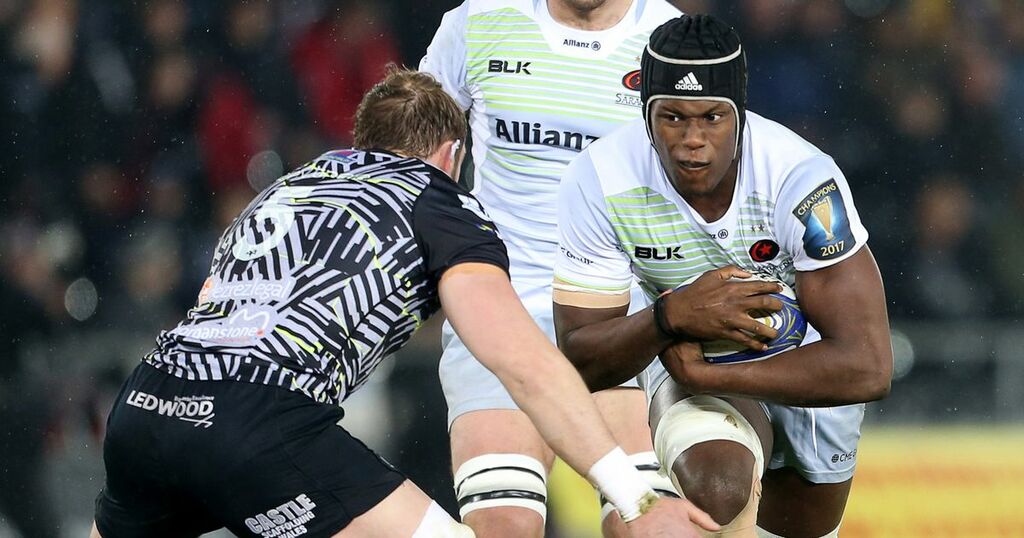 It’s been talked about and speculated over for years - a British & Irish League.

Those regional fans eager for more Anglo-Welsh fixtures have long hankered after it as a preferred way forward.

But as the new season gets underway, it seems further away than ever.

The Celtic rugby community are heading in a very different direction, linking up with South Africa’s top four sides in the expanded United Rugby Championship.

Over in England, the focus is firmly on the re-shaping of the Premiership, which has increased to 13 clubs for this term and will go up to 14 for the 2022-23 season with a pause on relegation amid a three-year plan.

So that’s the landscape for the foreseeable future.

As such, the Anglo-Welsh friendlies we had last weekend served as a tantalising taster of what could be, yet is simply not on offer on a regular basis.

Why then has a British & Irish League failed to get off the ground and what are the chances of it coming to pass?

There is, of course, a strong tradition of Anglo-Welsh matches dating back to an era in the 1970s and '80s when they were a staple diet as part of the rugby calendar.

But with the introduction of leagues in the mid 1990s, the fixtures petered out.

There was, however, an opportunity to resurrect them in February 1999 when Wales had the chance to take up a number of places in the English league structure.

The offer from England was for five Welsh clubs to come on board - two in the top division and three in the second flight.

But the WRU wanted 10 clubs involved - four in the top flight and six in the second.

At a push, they would have settled for eight, but there was never a chance of them getting any more than six.

In the end, the WRU rejected the English proposal for an Anglo-Welsh League, opting to switch their attention to setting up a Celtic nations tournament instead.

“There was an offer on the table, but it wasn’t deemed to be good enough and the WRU turned it down, which was utter madness,” recalls one regional official.

“It was an appalling decision. There was a golden opportunity when we could really add some value and we still regret it.

“The problem is the idea has missed its time.

“A lot of the English club officials who could remember the Anglo-Welsh days fondly are not around any more.

“The people at the helm now just don’t remember it.”

There have been various Anglo-Welsh cup tournaments over the past couple of decades, with the EDF Energy Cup particularly popular for a period, but all of those fell by the wayside eventually.

In the meantime, the league structure for our regions has involved matches against the Scottish, Irish, Italian and now South African sides.

The appetite among regional fans for more Anglo-Welsh games is very much there, as shown by the interest in last weekend's friendlies and attendances for such games in Europe.

But they look set to remain rarities on the fixture list for a variety of reasons.

In recent years, Welsh fans have often questioned why our teams can play league games in Bloemfontein, but not in Bristol or Bath.

The answer is quite simple, according to one regional contact.

“It’s because Bath and Bristol won’t have us,” he said.

“You have got to be wanted.

“They have got such a strong competition in the Premiership.

“They run it themselves, they own it. It’s coherent. They’ve got big matches and play-offs and everybody can understand it.

“It’s popular with the public.

“You look at Harlequins. They have sold 14,000 season tickets. That’s proper money.”

There is also the very different nature of the clubs in England compared to a number of the Celtic sides.

They are all independent businesses, whereas the Irish and Scottish sides are Union-owned, as are the Dragons in Wales.

“They have spent the past 15 years trying to get as far away from the RFU as they possibly can,” said one of my regional contacts.

“So it’s doubtful if they would want any involvement with Union-owned or Union- funded sides.”

There is also the question of the wage cap.

From this season, the Premiership cap has been reduced to a basic of £5m per team, with allowances for further spending on certain players, including two marquee stars.

There is no such cap in the PRO12/14/URC and that has long been seen as a major obstacle when it comes to setting up a B&I League, particularly in terms of the IRFU agreeing to a cap.

Journalists who cover the English clubs week-in, week-out are well qualified to provide further insight into their mindset.

One I spoke to summed up the situation as follows: “The Premiership chairmen are reluctant to dilute a successful tournament and to allow others to share in the spoils of something they have spent years building.”

Another leading journalist went into more detail on the position of the Premiership clubs.

“To the very best of my knowledge, they have never even discussed a British and Irish League,” he said.

“There is no movement whatsoever.

“They seem to be to be totally dedicated to England, with the domestic league followed by the European Cup.

“They also hate the idea of dealing with a domestic game owned by or at least driven by Unions.

“If they ever changed their minds, I have no doubt Wales would be the first port of call. They wouldn’t ever get into bed with the Irish in a million years.

“With the CVC money, they now see the chance of seeing it through so the Premiership is at least a break-even thing.

“There are moves to make the Premiership more dynamic and they can see a small profit instead of the big losses.

“It’s taken them years, but now they finally have the capacity at the majority of grounds.

“You’ve got Ashton Gate, Brentford is going to make a huge difference, Exeter are building another stand, there is a Sale revival under rich owners.

“All of that slams the door on a British and Irish League.

“If they could ever find time for Anglo-Welsh play-offs, say in the last few weeks of season, it could be excellent, but there is nowhere to fit it in.

“Just think what we have all lost. Imagine if Cardiff-Bath had been a home and away league fixture in the pro era?”

The arrival of private equity firm CVC Capital Partners on the scene was viewed by many as a positive development in terms of the hopes of a British & Irish League getting off the ground.

They first bought a 27 per cent stake stake in the Premiership, in December 2018, a deal worth more than £200m.

They then purchased a 28 per cent share in the PRO14, an investment of around around £120m.

The thinking was with them taking a stake in both competitions, it would make sense to bring the two together at some point in the future.

In other words, could it open the door for a British and Irish League?

Well, there were suggestions that was on their minds in terms of a long-term strategy when they first entered the market.

But, as of yet, there has been no apparent movement on that front.

I asked one regional official what he thought CVC’s long-term objectives were.

“They are interested in fewer fixtures with better players and more jeopardy to generate bigger TV revenues,” he said.

“That’s the future of rugby as they see it.

“Now could that be a British & Irish League with some kind of conference system, plus a European knock-out tournament?

“Once the TV deals are resolved, I don’t think that is impossible.

“But it’s more complex now because of the South Africans.

“Once you let them in, they have to be part of the whole thing.”

All of which brings us round to the new competition that gets underway next week.

South Africa’s four top franchises - the Bulls, Sharks, Stormers and Lions - are joining up with the 12 sides from Ireland, Wales, Scotland and Italy to form a new expanded 16-team URC.

With no Anglo-Welsh or British & Irish League on the table, it was an opportunity that really couldn’t be turned down.

It should be an improvement in rugby terms, with the four new teams a step up from the previous two South African sides - the Cheetahs and Southern Kings - in terms of quality.

There will also be a significant financial uplift, which is particularly important given the impact of Covid on income over the past 18 months.

It’s understood South Africa’s annual participation fee is rising from around £5m to about £10m, doubling along with the number of teams.

In the absence of anything else, it is the only show in town and that is likely to be the case for some time to come.