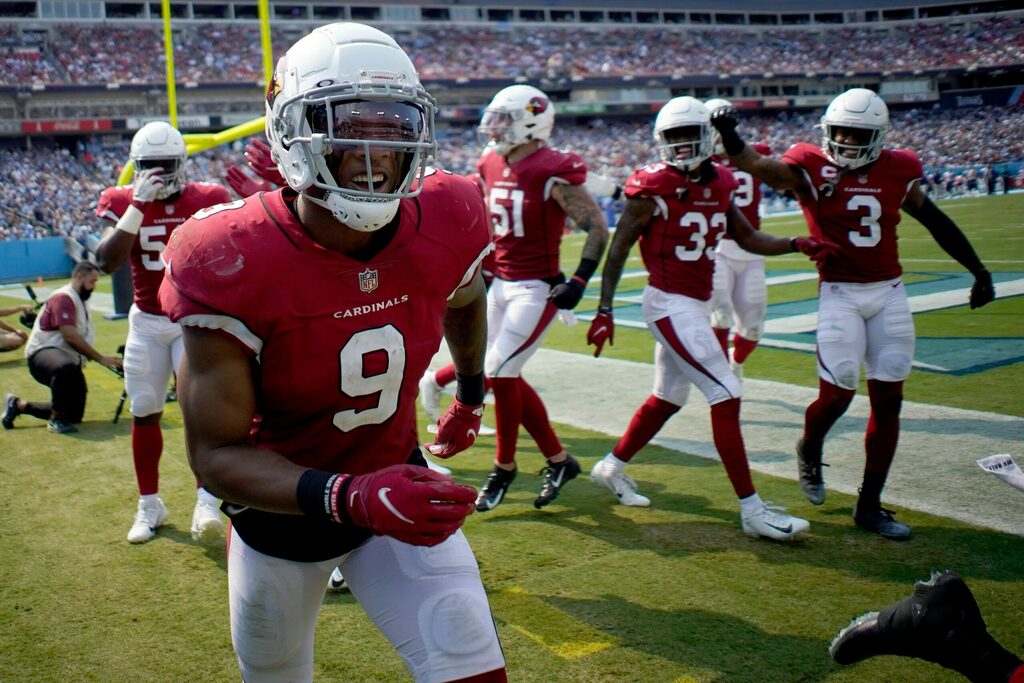 Going into their Week 4 matchup with the Rams at SoFi Stadium, the Cardinals knew exactly what they were up against. Arizona hadn’t beaten their NFC West rivals since Week 17 of the 2016 season, when Bruce Arians was their head coach, and current Cardinals head coach Kliff Kingsbury was coaching some guy named Patrick Mahomes at Texas Tech. And this wasn’t your daddy’s Rams with Jared Goff at quarterback — the Rams, of course, weaponized Sean McVay’s passing game with the offseason trade for Matthew Stafford, and that had already provided a massive difference in that offense. Kingsbury’s offense is up to the challenge against any opponent with Kyler Murray in charge, but if the Cardinals were to get off this epic schneid, their defense would have to step up something fierce.

It’s an underrated defense that has the Cardinals as the NFL’s last undefeated team, a title they held after a 37-20 win in which Stafford was limited to 26 completions in 41 attempts for 280 yards, two touchdowns, one interception, and a passer rating of 89.5 — by far his worst this season to date. It’s an underrated defense because in 2020, the Cardinals ranked 10th in Defensive DVOA, but there wasn’t the kind of lockdown, coordinated defense you can count on from week to week. Multiplicity had players at loose ends at times, and though defensive coordinator Vance Joseph certainly knows what he’s doing, it didn’t always show up on the field.

This year is very different. The Cardinals rank sixth in Defensive DVOA, and third against the pass, behind only the Bills and Patriots. They rank sixth in the NFL in third-down conversion rate allowed, up from 12th in 2020, and while they’ll give up the occasional touchdown in coverage, when you’re averaging a league-high 35 points per game, giving up 21.3 points per game, ninth-best in the NFL, makes the math work just fine.

When a defense moves from situation-neutral at best to an absolute reason a team is undefeated through four games, it’s a good time to look at how it was contracted, and why everything is working so well. In the case of the Cardinals, it’s a lot of moving parts coming together at the perfect time — coaches matching scheme to personnel, young players jumping several floors in their development, and smart veteran additions to the mix.