Why someone unlikely to transmit COVID should undergo RT-PCR every 72 hours: Kerala HC asks State, Centre 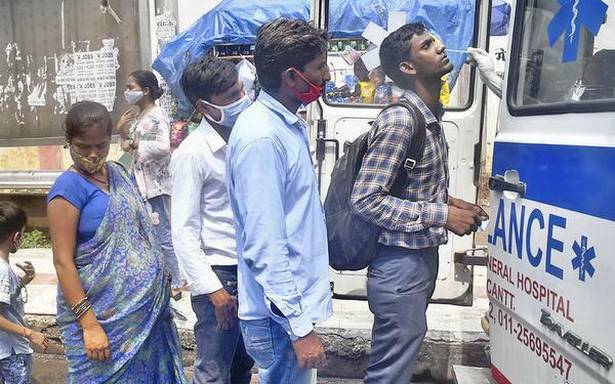 If a person is unlikely to be a threat of COVID-19 infection to others, how can he be forced to undergo RT-PCR test every 72 hours for going out to work or any other activity? the Kerala High Court asked the State government on Wednesday.

The query was posed to the State government during hearing of a plea by a man who refuses to be vaccinated and has challenged the COVID guidelines which mandates having at least one dose of vaccine or a negative RT-PCR report not older than 72 hours or a COVID-19 positive result more than a month old for going to work or to a shop.

Justice P.B. Suresh Kumar also impleaded the central government in the matter and sought its stand on the issue.

The judge said he would be passing orders directing the State government and the Centre to file their statement or affidavit and thereafter, will hear the matter in detail.

The court, however, said it was of the prima facie view that the petitioner, an employee of Kerala Tourism Development Corporation (KTDC), has a case that when he is not a threat to others and vaccination was optional, he cannot be forced to undergo RT-PCR test every 72 hours.

The court said that there was substantial material before it indicating that the petitioner, represented by advocate Ajit Joy, was not a threat to others in terms of transmission of infection.

The State government counsel told the court that there was going to be a meeting during the day on the issue of restrictions and there could be a fresh order on it.

Mr. Joy told the court there is no scientific or empirical data which indicates that an unvaccinated person was likely to transmit the infection to others or that he or she would be a threat to others.

Mr. Joy told the court that his client has, meanwhile, undergone another RT-PCR test for going to work.

To this, the court said the issue raised by the petitioner was a "delicate" one which has "pan-India implications" and therefore, "we cannot rush through it." The court had earlier observed that the State has laid down these guidelines "to protect the health of the public at large" as it has an obligation to do so.

The KTDC employee, who refuses to get vaccinated, is not in favour of getting an RT-PCR every 72 hours, which was not a pleasant experience, for going to work.

He has contended that he has the right to refuse to be vaccinated and not taking a vaccine should not affect his right to livelihood.

He has sought setting aside of the COVID guidelines or to permit him to report for work without having to undergo a RT-PCR test every 72 hours.

Earlier, on August 11, a similar plea was moved before the court by a 25-year-old businessman who had contended that he cannot be compelled to get at least one dose of vaccine or a negative RT-PCR report not older than 72 hours to step out of his home for work.

The petitioner - Akhil Varghese - had contended that he would get vaccinated at his convenience.

In that matter, the court on August 12 while issuing notice to the State and seeking its stand, had observed that "larger public interest was at stake".

"Either get vaccinated or get a negative RT-PCR test every three days," the court had observed. That plea is still pending.