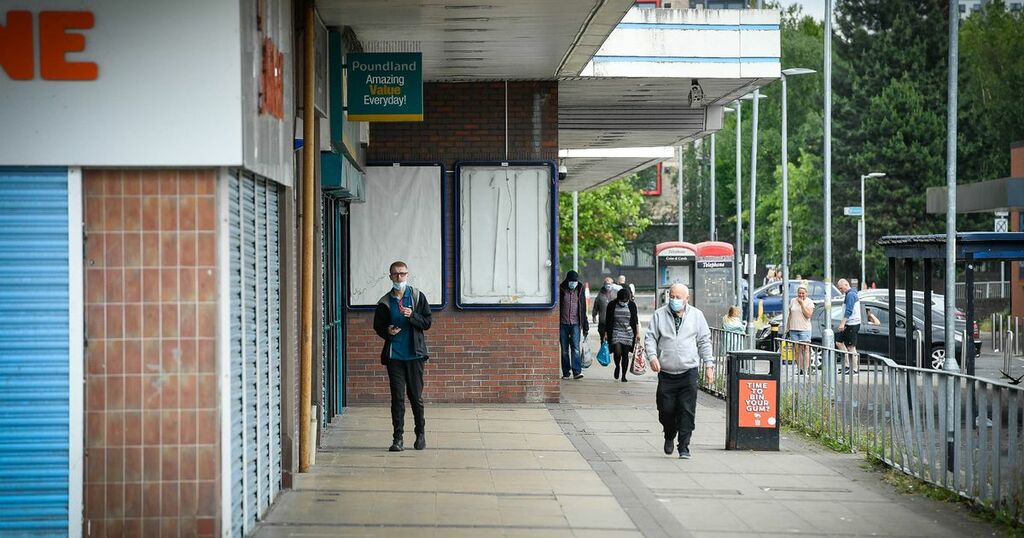 The Covid vaccination rate in Salford is lower than the national average.

Nearly 90 pc of people across the UK aged 16 and above have had their first dose of the coronavirus vaccine and more than 80 pc are fully vaccinated.

But in Salford, less than two thirds of the eligible population have had both jabs and only 71.3 pc received their first vaccine, according to the latest data.

READ MORE: Covid cases have been suppressed in a historic hotspot

This is the lowest vaccination rate in Greater Manchester outside of the city of Manchester.

And although the local and national figures are based on different population estimates, Salford's deputy director of public health Gillian McLauchlan has confirmed that the city's vaccination rate is still below the national average.

Speaking at a health and social care scrutiny committee last week, she also told councillors of a West-East divide in the city with lower rates in the latter.

In Higher Broughton, Broughton Park & Cromwell Road and Broad Street, fewer than half of those eligible have had their first vaccine with the lowest uptake recorded in Pendleton where just 43.5 pc have had one jab so far.

Whereas in Worsley, Ellenbrook and Boothstown more than 87 pc of the eligible population have had one dose and four in five people have had both.

McLauchlan told the scrutiny committee that Salford having a relatively young population, like Manchester, is one of the factors at play behind the statistics.

Older people, together with other vulnerable groups, were first to be offered the vaccine and over-16s only became eligible for a jab earlier in the summer.

However, there has also been more hesitancy towards the vaccine in younger age groups, according to Salford council's deputy director of public health.

She said: "We saw very early on in the pandemic, when we first rolled out the vaccine in the older cohorts, because they had seen many people - friends and relatives of similar ages - actually quite seriously ill or sadly die, there was less barriers for them to come forward for their vaccine.

"With the younger cohorts, they just haven't seen the illness. So actually we need to find different ways of incentivising and supporting those people coming forward for their vaccine."

McLauchlan said more pharmacies in Salford will start offering Covid vaccines in the coming months, as well as GP practices and other vaccination centres.

The deputy director hopes this will bring a 'new dimension' to the vaccine programme as younger people preferred walk-in options over appointments.

Pop-up vaccination clinics targeted at areas with lower uptake have also been set up across the city – but some were found not to have been very popular.

Vaccination buses have also travelled around the city offering the vaccine.

The local authority praised the work of Hatzola which has been running regular vaccination clinics aimed at the Orthodox Jewish community in East Salford.

But despite learning 'an awful lot' from the organisation's work, McLauchlan said the council will be holding more focus groups in the coming weeks in an effort to better understand the barriers stopping people from coming forward.

Speaking at the meeting on September 1, the council boss also told the scrutiny committee that the booster campaign has been slightly delayed.

She said the Covid vaccine booster campaign was originally expected to be 'co-delivered' along with the flu jab, but final details are yet to be confirmed.

Since then, it has been confirmed that a decision will be made later this week.

Swinton and Wardley councillor Jim Dawson raised concerns about the rising infection rate in over-65s and asked whether the vaccine is now less effective.

McLauchlan confirmed that the number Covid cases among older age groups did start to 'creep up', but said that it has since started to come down again.

She said: "It's very fluid and it's quite hard to say, yes, it's a definite increase and it's going to continue, or, is it just this sort of bubbling along, plateauing and then we're just going to have these rates going into the autumn."

The infection rate was highest on the borders of Manchester at the start of the summer, but it has since dropped there and is rising in the centre of the city.

McLauchlan said she is expecting the infection rate to rise once schools return from the summer break and children are tested for Covid on a regular basis.

The University of Salford will also be welcoming new students later this month.

She added: "There is a bit of an apathy right now. I think everybody just wants the pandemic to be over and we just want to get on with life therefore we've just seen testing rates reduce.

"We need to work on how we encourage people to have a PCR test if they are unwell."