Why Paramount Failed To Compete Against Disney And Netflix 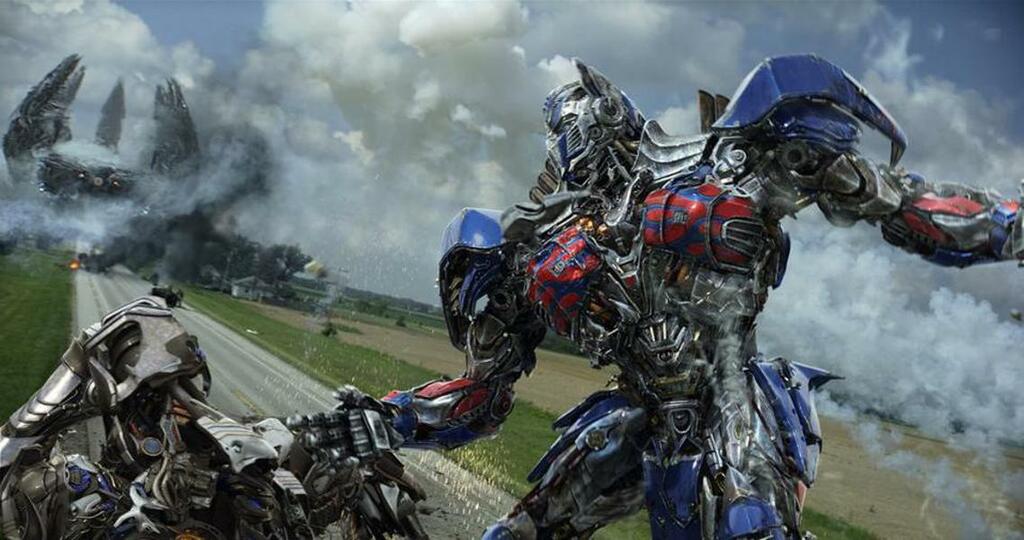 With DreamWorks and Marvel leaving, Netflix swiping the general audience for non-event movies and Disney usurping its cultural dominance, Paramount has been struggling for years.

Is this the end of Paramount as a major distributor of theatrical motion pictures? That was the question upon news that Jim Gianopulous was stepping down from running the studio (a role he took over from Brad Grey in 2017) in favor of Brian Robbins. Robbins has been running Nickelodeon since 2018 and is seen as more friendly to ViacomCBS owner Shari Redstone’s alleged desire to emphasize Paramount+ as the center of the Viacom universe. Moreover, The Hollywood Reporter’s Borys Kit stated that, so says “insiders,” the move signals that (partially because Robbins has no working relationships with the likes of Tom Cruise or John Krasinski) Paramount will scale back its theatrical output, focusing on fewer tentpoles and more streaming-friendly IP. If that is true, it’s been a longtime coming, and not just because of Covid or the streaming wars. Paramount has been struggling in the dark for the last six years.

Paramount was the leader in global theatrical market share a decade ago, thanks to huge movies from DreamWorks Animation (Kung Fu Panda 2, Puss N Boots), Marvel (Thor, Captain America), and Hasbro (Transformers: Dark of the Moon). They had so many “big” movies that summer that they also offered up J.J. Abrams’ Super 8, an original 80’s-set Amblin homage which was sold as the “It’s a real movie!” counterprogramming option to their own franchise-specific summer blockbusters. The pundits mocked Indiana Jones and the Kingdom of the Crystal Skull in summer 2008 for earning less domestically ($317 million) than Iron Man ($318 million) almost ignoring that they were both Paramount Pictures. Paramount was so good at launching franchises or tentpole titles (Transformers, Iron Man, Star Trek, Paranormal Activity, Thor, Teenage Mutant Ninja Turtles, etc.) that I wondered out loud in 2012 if Marvel was going to suffer by having to be marketed by Disney’s promotional team.

Laugh now, but this was right after Mars Needs Moms and John Carter. What happened was two-fold. First, obviously, Paramount lost two of their biggest brands. DreamWorks Animation departed Paramount in 2012 (following Rise of the Guardians) for 20th Century Fox. Disney bought Marvel in 2009, a deal which then saw Paramount selling the theatrical rights to the pre-Avengers IP (Thor, Iron Man, Captain America) for around $115 million, a sum so paltry that I wondered at the time if it meant that Thor wasn’t very good. Disney bought Lucasfilm in 2012, and then essentially swapped Indiana Jones for Jerry Bruckheimer in 2013. Second, just as importantly, the bottom fell out on non-event movies in late-2015/early-2016. The audience which once saw event movies and (relatively speaking) old-school studio programmers now saw the event films in theaters and either caught up with the rest via VOD and streaming or just binged the latest “Netflix obsession.”

While Disney was struggling with live-action tentpoles for much of the 2000’s (save for Pirates of the Caribbean), they could still make big bucks from “regular movies” like The Proposal ($317 million on a $40 million budget in 2009), Wild Hogs ($253 million/$60 million in 2007) and Bringing Down the House ($165 million/$33 million in 2003). Those were, of course, star-driven, high-concept, adult-skewing (while mostly kid-friendly) movie-movies that were often more profitable than all but the biggest blockbuster toons or successful tentpoles. Likewise, while Paramount was crushing it in the mid-to-late 2000s with tentpoles, they could also push Failure to Launch to $130 million on a $50 million budget or the $25 million Cloverfield to $173 million. But once folks mostly stopped showing up to “regular movies,” well, it’s been a very long five years. It didn’t help that Kevin Feige’s Marvel Cinematic Universe smartly essentially fashioned itself on the stereotypical Paramount tentpole.

Iron Man was essentially sold and embraced as a comic book flick for folks who liked Transformers, while Captain America: The Winter Soldier (and eventually Captain America: Civil War) fashioned itself as a Jack Ryan actioner or a conventional Samuel L. Jackson/Tommy Lee Jones/Ashley Judd action/conspiracy thriller. The Avengers’ “Loki’s army trashes NYC” action climax may have been better, but Transformers: Dark of the Moon’s “Decepticons destroy Chicago” action finale was first. Even the underrated G.I. Joe: The Rise of Cobra ($300 million on a $150 million budget in 2009) was a before-its-time MCU movie, offering unapologetic sincerity, colorful heroes and villains and larger-than-life fantasy action beats from a kid-friendly IP before Thor and Captain America made it socially acceptable. Oh, and the success of Guardians of the Galaxy in 2014 and the return of Star Wars in 2015 (along with the supercharged Fast Saga starting in 2015) rendered Paramount’s promising Star Trek reboot ($385 million) irrelevant and redundant.

Star Trek Beyond ($338 million) and Teenage Mutant Ninja Turtles ($234 million) bombed in 2016, while even Transformers: The Last Knight earned $605 million (compared to $1.1 billion for Age of Extinction) in 2017. By summer 2017, the only viable big-deal franchise Paramount had left was Tom Cruise’s Mission: Impossible films. But that Paramount’s big brands either defected to rival studios or found themselves culturally irrelevant (once Marvel movies became massively-scaled on the regular, even Transformers fell out of favor) would have been just one problem if not for the “new” trend whereby nobody showed up for “regular movies” in theaters. The likes of Gemini Man, Whiskey Tango Foxtrot, mother!, Annihilation, 13 Hours: The Secret Soldiers of Benghazi, Overlord, Downsizing, Suburbicon, Baywatch and/or Office Christmas Party utterly failing to attract global audiences was less “Paramount is bad!” and more “Nobody goes to see grown-up movies with grown-up movie stars in theaters anymore.”

To be fair, Amy Adams’ Arrival rode Oscar buzz to earn $206 million on a $50 million budget in 2016, xXx: Return of Xander Cage bombed in North America ($45 million) but scored huge in China ($164 million) for a $385 million cume. The likes of Book Club and Instant Family did well enough to justify the expense, while Rocketman earned $195 million (not bad for a $40 million, R-rated, gay-friendly Elton John biopic). A Quiet Place ($341 million on a $17 million budget) launched a new original horror series, while (just before Covid) Sonic the Hedgehog ($306 million) was on the verge of being Paramount’s first “new” successful IP adaptation franchise in a generation. To the extent that the pandemic put Disney and Warner Bros. on the defensive against Netflix and Amazon, it was absolutely crippling to Paramount and Sony.  2020 was supposed to be the year they “fought back” after Disney’s 2019 fire sale.

Paramount lost out on a possible comeback year (Sonic, A Quiet Place 2, Top Gun: Maverick, The SpongeBob Movie: Sponge on the Run, etc.). Covid “forced” them to sell a number of promising titles (The Trial of the Chicago 7, The Tomorrow War, Coming 2 America, etc.) to streaming rivals. Streaming is now the Wall Street-approved flavor of the month, even if it’s shortsightedly seen as a replacement for theatrical moviegoing as opposed to potentially a replacement for cable television. After all, films like A Quiet Place part II and Top Gun: Maverick would have only been of value for Paramount+ because they were continuations of blockbuster theatrical franchises. Ditto Disney+’s Star Wars and MCU shows and the bound-for-Netflix Knives Out sequels. Nonetheless, while (pre-Covid) overall box office was steadily rising and ticket sales were only nominally decreasing, the vast majority of domestic box office was being spent on a smaller portion of theatrical releases.

In 2011, the top six movies earned 16.9% of the total domestic box office. By 2018, it was 25.5%. That isn’t fatal for theaters (a popcorn bought during Aladdin costs the same as one for Rocketman), but it’s been disastrous for studios which don’t have “golden ticket” IP.  In a world where movie stars barely matter unless they are playing marquee characters, Paramount can’t get by on trying to revive their previously glorious franchises (Transformers, TMNT, Star Trek, etc.). In a world where audiences don’t show up for actors, the marketplace for the kind of bread-and-butter studio programmer has cratered, leaving old school studios whose previous franchises were “a Will Smith fantasy” or “an Adam Sandler comedy” in a lurch. Even Disney has struggled with making new live-action franchises (we’ll see if Jungle Cruise 2 is a bluff and ironically Free Guy was intended as a Fox flick) since National Treasure in 2004 and Pirates of the Caribbean in 2003.

So, if this is the end of Paramount as a theatrical powerhouse, it’s A) been a long-time coming, B) isn’t entirely due to streaming envy and Covid and C) at least partially the fault of audiences who say they want Widows, Overlord and A Simple Favor but then flock to Venom, Halloween and Fantastic Beasts: The Crimes of Grindelwald. However, there is one minor reason for optimism. Then-Warner Bros. CEO Kevin Tsujihara was reported to have said that, in reaction to Batman v Superman’s “mere” $873 million global gross (albeit from a $424 million global debut), Warner Bros. would be doubling-down on safe IP and franchises (DC Films, LEGO, J.K. Rowling Wizarding World flicks, etc.) at the expense of other non-franchise films. I wrote at the time that A) this was a bad idea but B) it was a good idea if it merely meant fewer films like Pan and more like The Intern or Creed.

New Line kicked ass in summer 2016 (The Conjuring 2, Me Before You and Central Intelligence earned $745 million on a combined $110 million budget) and Toby Emmerich got promoted to run the WB film division. In the next few years, we saw a mix of obvious tentpoles (Wonder Woman), doomed tentpoles (King Arthur), surprise tentpoles (The Meg) and old-school movies (Crazy Rich Asians, A Star Is Born, Dunkirk, It, Ready Player One, Ocean’s 8, The Mule, Rampage, etc.) of all shapes and sizes. Alas, they released a slew of studio programmers in late 2019 to mostly empty theaters while audiences showed up almost exclusively to the two R-rated killer clown movies. WB didn’t react to Dawn of Justice’s complicated reception by no longer making/releasing studio programmers, at least not until AT&T took over and Covid put a greater onus on HBO Max. You can, however, vote with your wallet for Reminiscence, Malignant, Cry Macho and King Richard.

Of note, even the theory that Paramount is lessening its film output (in terms of quantity and scale) is attributed to insinuation (the new guy isn’t best buddies with Tom Cruise) which may just be “evidence of evidence.” But having tracked the declining fortunes of what used to be the definitive Hollywood studio as they ruled the blockbuster hill in the late 2000s, lost its biggest brands and watched Disney usurp its cultural dominance in the early 2010’s and then further struggled as the non-event movie lost its theatrical luster in the mid-2010’s, I’m a hell of a lot more pessimistic for Paramount in 2021 than I was for Warner Bros. in 2016. But a lack of viable franchises and the inability to get audiences to show up for star-driven studio programmers was a toxic combination even before the pandemic decimated the theatrical film industry. Paramount will survive, but we’ll see if it even tries to thrive.