However there are aspects of the 2022 cars that add an extra layer of complexity to this year's event, and which will put a little extra pressure on everyone.

"I think it's going to be interesting to see how it is," said Pierre Gasly when asked about this weekend by Autosport.

"Because even on smooth tracks and normal tracks, in terms of ride compared to last year, it is definitely worse.

"It's the first time we come on a proper street track since the start of the year, so it could become quite sketchy.

"But it's going to be same track for everyone, and it will be up to us drivers and the team to find the best compromise."

The current machines are big, heavy and cumbersome, and as Martin Brundle noted in his Sky Spanish GP commentary, they have a tendency to act like a pendulum when drivers lose the back end.

They now run on less forgiving low-profile tyres, with much stiffer suspensions. That in turn relates to ride height, a parameter that they are incredibly sensitive to.

Drivers will have to be more cautious than usual on some of Monaco's kerbs, especially those at the chicane beyond the Swimming Pool that have so often pitched cars straight into the barrier.

Then there's the question of porpoising, if speeds are high enough to set it off. Drivers find it uncomfortable when going down a normal straight, but consider prospect of it happening as they go towards Ste Devote, up the hill to Casino Square, or through the tunnel and down to the Chicane. Even a modest amount of bouncing will capture their attention.

While the teams that suffer the most may naturally dial porpoising out with higher ride heights – which Monaco generally encourages – that will cost downforce, impacting performance, and potentially making the cars difficult to drive.

If all of that is not enough, don't forget the visibility issue that drivers highlighted at the start of the season, due to the higher front tyres and the aero devices that sit on top of them.

It hasn't been mentioned much of late, but it could become an issue this weekend. In Jeddah and Miami there was the odd apex on a concrete wall that might have been a bit tricky, but there are many more close brushes with barriers at Monaco, and the precision required is intense.

Just think of the accidents over the years at the Swimming Pool chicane after drivers have clipped the barrier on the right at the entry, and broken their front suspensions.

All of the challenges outlined above also make life harder for the teams as they try to find a set-up that is quick but also comfortable and safe for the drivers.

And in most cases they are doing it with aero packages that were new for the last race in Spain, and about which they are still learning. As a sidebar to that most teams have a limited supply of those new bits – a couple of practice crashes across their two drivers and they could be scrabbling.

They also the face the novelty of the new weekend schedule. In the past teams and drivers had Friday off to catch their collective breath. There was plenty of time to rebuild crashed cars, ship in spare parts, and dig deep into the data, both at the track and back at the factory. Sim drivers could run all day if necessary, trying different set-ups. All of that has gone now.

Aston Martin technical chief Andrew Green agrees that his team's Barcelona update means that crashes could be costly – but on the other hand it allows the engineers to run the AMR22 a little higher.

"We're going to be very much on the back foot with respect to spares," says Green. "So we will be taking it nice and gently to start with, as much as you can around Monaco.

"But I think one of the positives of the changes that we've made is it does give us room to adapt the set-up to places like Monaco.

"It was one of the things that the launch car would never have been able to give us. So we're quite optimistic that we can now move in a direction with set-up that's more sympathetic to a street circuit like Monaco."

"One of the reasons why we have changed the direction and also where we have ended where we are, is because we had to run super, super stiff," says Krack.

"And we couldn't even run really low with the other approach. So now we can. So Monaco, we are not scared now anymore, as we have been maybe a couple of weeks ago."

Alpine technical director Pat Fry acknowledges that tweaking the suspension set-up will be critical this weekend.

"It's certainly going to be an interesting challenge," says Fry. "I mean, the stiffnesses that you run there - Barcelona is quite smooth, so you can get away with with a lot, and Monaco is going to be a challenge.

"You've got various tools in your suspension toolbox to try and soften it massively in low-speed corners, and you need to work through and try and see. You're going to be four or five times the stiffness of Monaco of old, I would have thought."

"Monaco is always a unique challenge every year," says Williams head of vehicle performance Dave Robson. "This year it will be a little bit different, because the cars do require slightly different things.

"As long as you can ride some of the bumps and the kerbs, then the most important thing is really just giving the driver confidence that they can get round the corners, and they can they can attack the whole lap.

"So in that regard, it's not too different. And if you have to give up a little bit of downforce through ride height to get that balance and confidence, then I think that's perfectly acceptable in Monaco, and something we would have done to varying degrees in the past anyway."

Dialling out porpoising is likely to be a focus for most teams.

"The bouncing or the ride height is highly-correlated to downforce," says Alpine team boss Otmar Szafnauer.

"So nobody wants to lift the car, because you lose load. So we'll have some work to do both on Friday and the simulator to see how low we can get the ride height without causing the porpoising."

Asked in Barcelona about how these cars would behave in Monaco drivers acknowledged that it may be even harder than in previous years.

"I think it's going to be probably one of the biggest challenges so far, with how you're going to have to run the car and so on," said Lando Norris. "But everyone is in the same boat."

"I think it's going to be one of those tracks where we are going to be quite a lot slower than previous years, I imagine," said Alex Albon.

"But it'll be interesting. I think it's there'll be a little bit more of knowing how to ride the kerbs and a bit more of a rhythm and finding where the bumps are. So it will add a bit more character to the circuit."

Drivers have had six races to get used to the visibility quirks of these cars, but it could still become an issue when they on are on the limit this weekend. It's just another challenge that they will have to deal with.

"I think Jeddah was kind of a comparable feeling to it," said Albon. "And Jeddah for me I struggled a little bit with vision, it's not easy, especially when you start porpoising in certain places. But we're getting used to it now I think as drivers, and it's not such a big problem."

"The visibility is definitely worse," said Lance Stroll. "It's one of those things you get used to. So it will be a bit more challenging for sure than previous years."

Will the usual suspects line up at the front as the weekend progresses? Or will the set-up challenges – and possibly the odd mishap for a regular pacesetter – help others to edge towards the front? It promises to be an intriguing weekend one way or another. 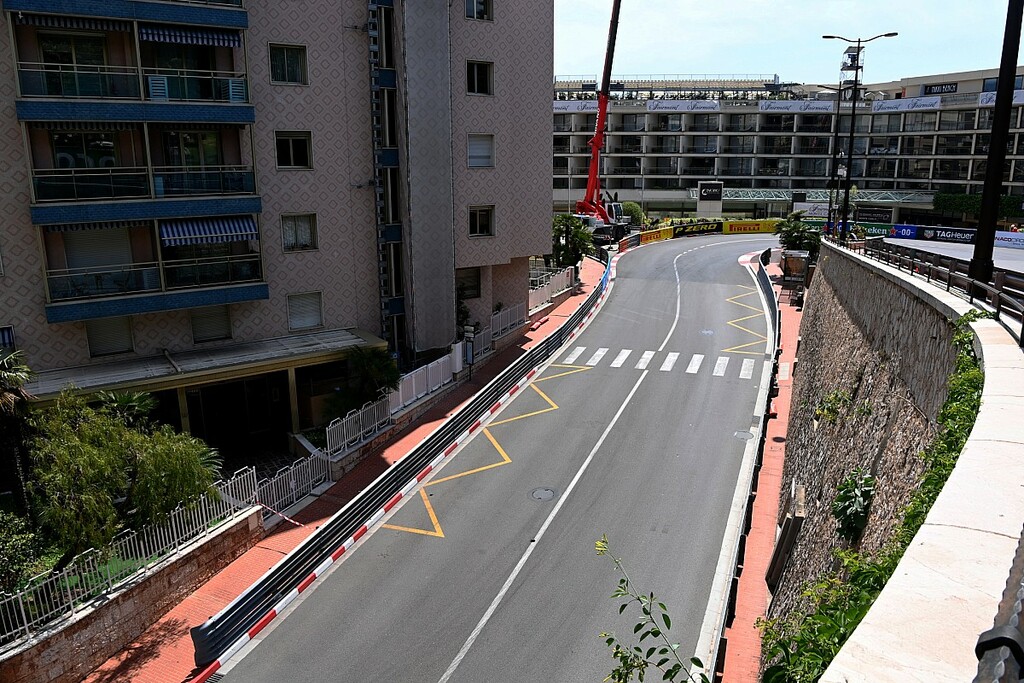