Spend enough time studying classical art, and you might start to notice a lot of urine. Specifically, little boys' urine. Wander through an art museum for just a few minutes and you're bound to come across a lovingly rendered depiction of a little lad relieving himself, like a Renaissance-era version of the peeing Calvin bumper sticker. A European city would almost feel incomplete without a fountain blasting water from the tiny penis of a cheeky sculpted boy. But why?

Oddly, a peeing boy can represent opposing things. On the one hand, there's a childlike innocence to seeing a youngster whimsically widdling without a care in the world. On the other hand, there's some ultra-masculine virility involved.

Modern guidebooks offer nearly a dozen different explanations for why Brussels's famous peeing-boy statue, the cheerfully named Mannekin Pis (which translates to "little man pee") is relieving himself. These include several almost certainly apocryphal incidents: An infant Duke Godfrey III of Leuven peeing on enemy soldiers; a toddler putting out a fire that would have engulfed the city; a tiny tinkler extinguishing an explosive charge that would have killed thousands — nobody really knows.

There are plenty of peeing fountains of larger men which lack this ambiguity: A statue from Pompeii of the perpetually erect god Priapus, pouring forth endless fluid from his forearm-sized penis, was clearly not meant to symbolize childlike innocence. Similarly, a style of statue known as Hercules mingen, dating from Roman times, of a drunken Hercules happily taking a leak, was unambiguously celebratory.

It's thought that the peeing-boy trope might have come about in the Renaissance era in the mistaken belief that it was a common Roman motif. While Roman art featured plenty of little boys, often in cherub form, few were draining their main vein. The Renaissance revival of classical styles and themes somehow brought with it torrents of urine. The motif is known as puer mingens, translating literally as "peeing boy," but also carrying a euphemistic meaning referring to ejaculation.

In their 2020 paper "The Problems of Meaning and Use of the Puer Mingens Motif in Fountain Design 1400–1700," Cambridge architects James Campbell and Amy Boyington point out the frustratingly unclear meanings of endless tinkling toddlers, writing: "As a natural bodily function, often carried out more publicly in the past than it is now by both sexes, urination was no doubt viewed differently in the Renaissance and Baroque, but exactly how and why it was used as a motif in painting and in fountains remains puzzling and the object of continuing debate."

In some depictions, it's clear what is meant to be conveyed. Lorenzo Lotto's painting Venus and Cupid, dating from the 1520s and hanging in the Metropolitan Museum of Art in New York City, was painted as a wedding gift and clearly represents fertility, albeit in a very silly way. In Michelangelo's Children's Bacchanal, the Renaissance great's drawing of a group of incredibly drunk toddlers, one of whom is peeing into a bowl about to be given to his pal, it's all about the joy and freedom of excess. But in other works, it can be incredibly difficult to tell.

With fountains, in particular, there are only so many places it makes sense for water to emerge from on a human figure. There are statues of women where water gushes from the breasts, endlessly lactating, but these are rarer. Sometimes a weeing boy accompanies a lactating woman, as seen in Caritas Fountain in Copenhagen's Old Square, which is meant to be symbolic of both love and charity.

Ultimately, when it comes to peeing boys, all bets are off. It could basically mean anything. There's pretty much no consistency, even when it comes to individual body parts: While most depictions are as lightly endowed as one would expect given both the art world's proclivity for small penises and the reality of small children's bodies, the 16th-century Fontaine des Pisseurs in Laucane, France, features four urinating boys with penises that could easily be used to rob a bank. 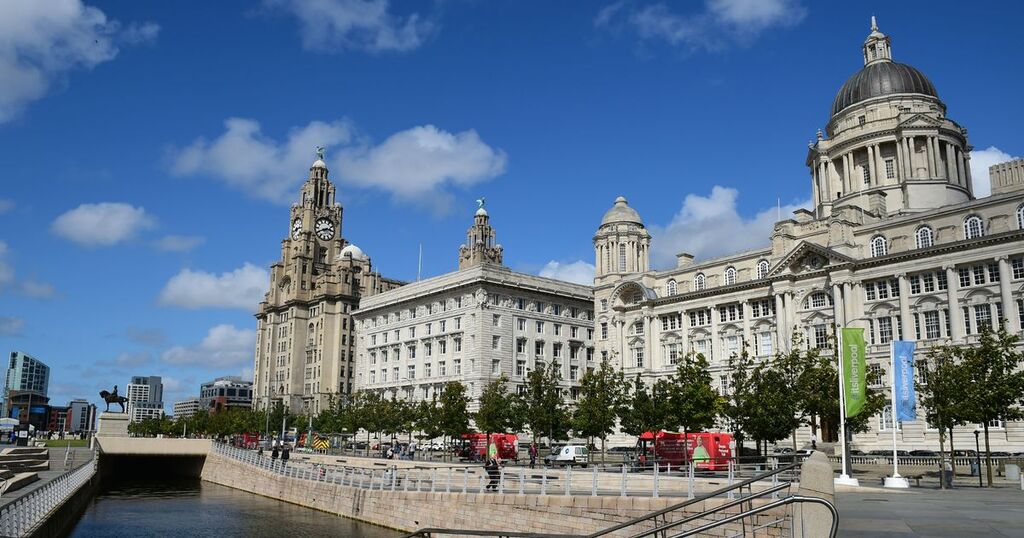 Liverpool Echo
One subscription that gives you access to news from hundreds of sites
Italy travel guide: Everything you need to know before you go

The boot is as much loved for its cuisine as it is for its ancient sights, romantic, art-filled cities, rural…

Worried mum Valerie Traynor, 34, noticed that Kayden's symptoms were similar to those of her 80-year-old uncle George who had…