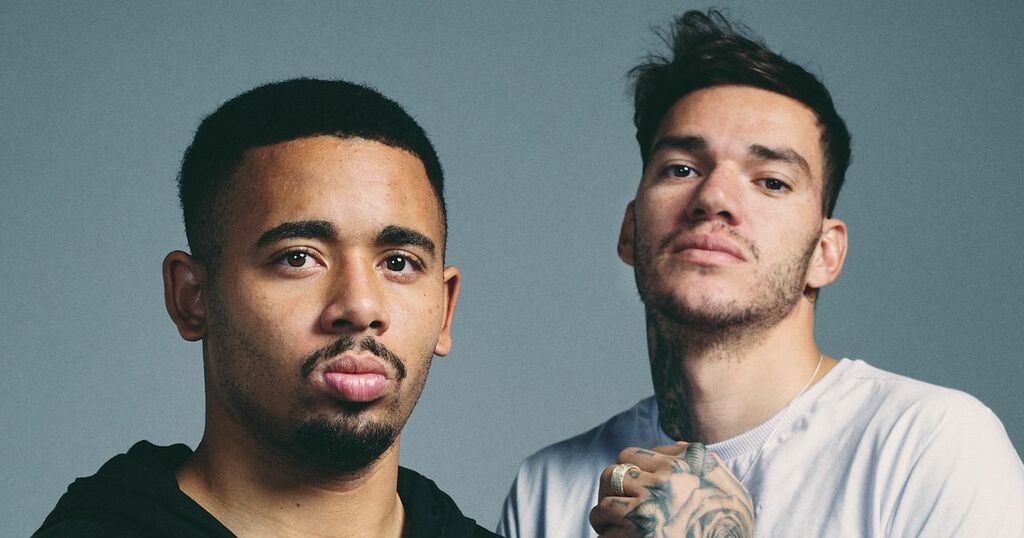 The idea of Scott Carson facing up to the venom of Jamie Vardy, and of Manchester City possibly being deprived of their most effective performer this season, Gabriel Jesus, had City fans aghast, and Leicester supporters excited, for a while.

But the chances of Jesus and his fellow Brazil international Ederson being out of the squad for Saturday’s trip to Leicester are low.

Brazil have taken a stand, invoking Fifa’s rule which states that players who were unavailable for their countries for World Cup qualifiers cannot play in the five days after the end of the official international break, which wraps up tonight.

Going strictly by the rules, that means Jesus and Ederson, who have remained in Manchester while Brazil faced Chile and Argentina, and take on Peru tonight, are ineligible for the game at the King Power Stadium.

They, along with Brazil internationals from Liverpool, Leeds and Chelsea, have all been told that Brazil is standing by the five-day rule, angry at having to field weakened teams in important matches.

With Mexico, Chile and Paraguay also all invoking the rule, Wolves, Watford and Newcastle also stand to lose individual players for this weekend’s games.

The Premier League collectively - and “reluctantly but unanimously” - took the decision to stop players travelling to South America, with Brazil on the Covid travel red list. That meant they would have had to quarantine on returning to the UK, and missed several games.

The stance of the South American clubs and Mexico is set to bite particularly deeply at City, who would have been deprived of their first-choice goalkeeper, and with number two Zack Steffen unavailable after a positive Covid test, 36-year-old Scott Carson is in line for an unexpected second Premier League appearance.

The reality is likely to be that the parties involved come to a sensible solution, with the Premier League in negotiations with the Brazilian federation on behalf of their member clubs.

Neither the clubs nor the league are saying anything while delicate talks are ongoing, but a solution is expected to be reached in the next 24 hours.

The Brazilian FA had to be seen to take a stand, with fans in that country annoyed at being without major stars like Ederson, Jesus, Roberto Firmino and Fabinho.

But deep down, they know that the pandemic situation in Brazil, one of the worst-hit countries on the planet in terms of both cases and deaths makes this an extraordinary situation.

When Fifa drew up its rules on international call-ups, it could not foresee a global pandemic that would introduce important new considerations into players travelling internationally.

Brazil’s stance is predictable, but for them to see it through would be hugely unwise.

That fact was underlined when the second of Brazil’s three qualifiers, the game against Argentina, was abandoned in bizarre circumstances because four Europe-based Argentina players were said to have breached Covid regulations on entering the country, leading to the game being stopped.

Football associations rely to some extent on the goodwill of the clubs that pay their players their bread-and-butter wages, and seriously angering City, Liverpool, Chelsea and other Premier League clubs would not be a good idea.

Outside of official Fifa windows, the national associations rely on goodwill from the clubs, and the players, when requesting them for duty.

Jesus has been City’s best player so far this season, pinning down the right-wing spot despite stiff competition from Riyad Mahrez, Bernardo Silva, Raheem Sterling and Ferran Torres.

What do you think of Brazil's decision to invoke the rule? Have your say in our comments section here.

He was primed to start against the Foxes, and would, understandably, be livid with the Brazilian federation if they prevent him from playing, a mover that would jeopardise his place in the team.

Jesus knows that it would only take a good performance by Mahrez, or whoever else takes advantage, to relegate him to the bench going forward, and all his good work so far would be wasted.

Ederson is not facing the same competition for places, especially with Steffen also unavailable, but he would also have every right to be angry with the Brazil top brass for denying him the right to play in a game.

So Brazil can see their stance through, if they so wish, and would likely get Fifa’s backing for it - but in the long run, it would antagonise the players involved, and their clubs, and bring them a welter of bad publicity in an age when most people are trying to do the right thing in terms of stopping the spread of Covid.