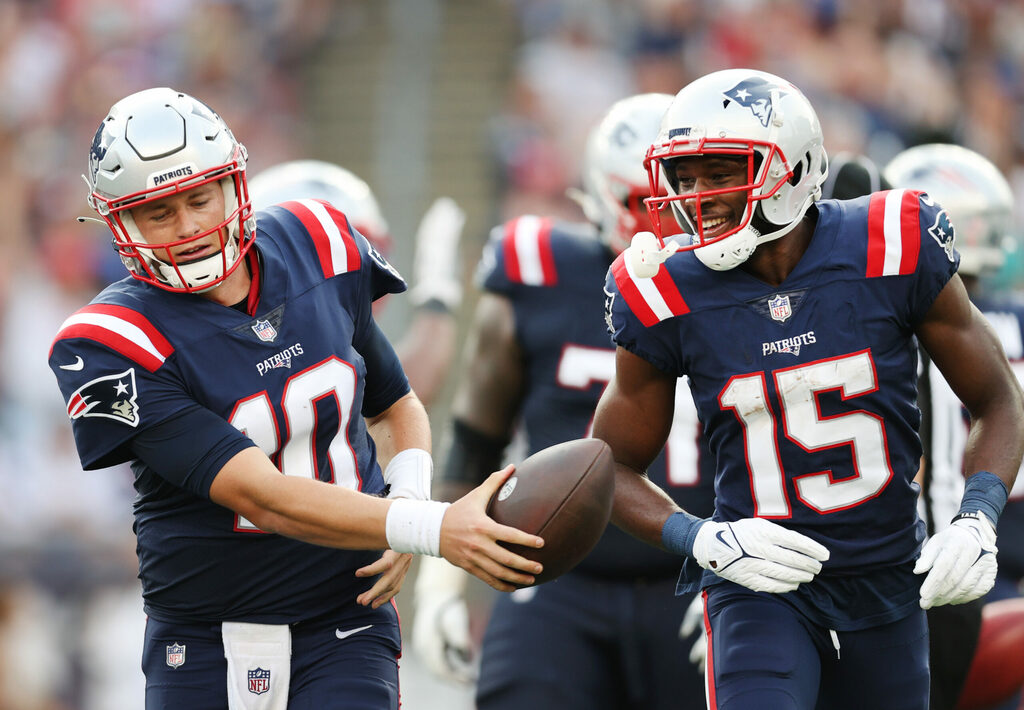 If you were watching the New England Patriots play against the Miami Dolphins on Sunday, you probably saw Pats rookie quarterback Mac Jones toss the first touchdown pass of his NFL career.

If you watched closely, you probably saw him refuse to hang onto the ball as a keepsake after the play.

After the game, Jones explained why he wasn’t interested in the ceremonial rookie tradition.

“Because it doesn’t really matter,” Jones said, per Henry McKenna of Patriots Wire. “It was one touchdown, We’ve got to score more,” Jones said after the game. “It’s not like the game was over right there. We’ve got to do better in the red zone and get more touchdowns, and we will.”

Jones clearly has his sights set higher than his first scoring toss, but hopefully, one of his teammates is keeping track of that ball . . . just in case.