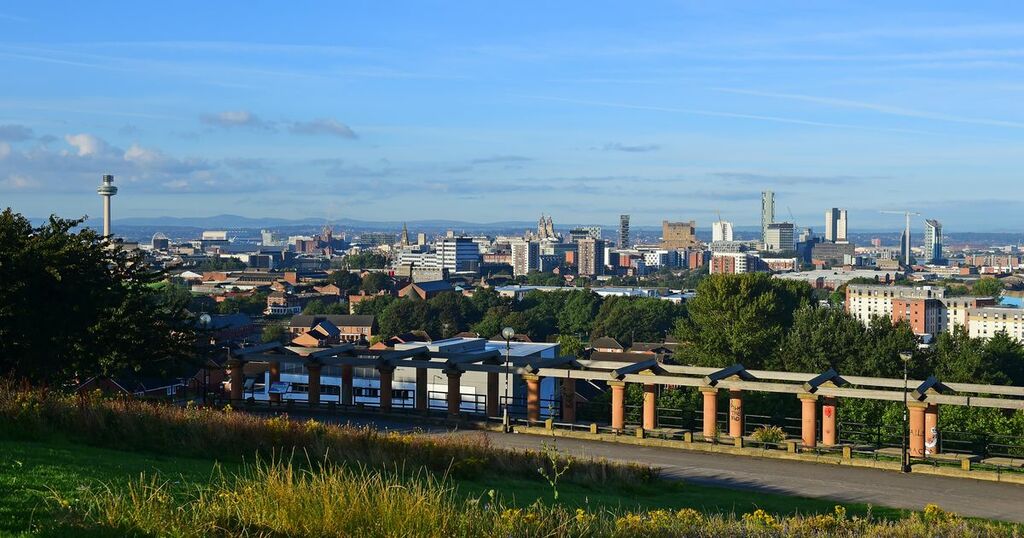 Take in the view from Everton park on a good day and you’ll be presented with a pretty clear picture of what Liverpool was, is and can be.

Looking north you’ll see a row of sullen docklands, empty and bruised in comparison to the modernised port of Seaforth further into the distance.

Sweeping down Scotland Road, the artery in the city centre, there remains footprints of a once dense community in the hunched terracing and church spires.

As your eyes reach the city centre, you’ll see distinct skyline, with Wirral, Wales and the Irish Sea colouring the backdrop.

All these places and spaces play their part in Liverpool’s story and make it the most distinctive city in the UK.

That's why I'm backing Liverpool in the nationwide poll to find the UK's Favourite Place run by our sister staycations recommendations site 2Chill. Don't forget to cast your vote .

And it’s perhaps in that skyline, where architecture of the modern and classic order has come to gently lay blows on one another, you see a city heavily defined by its past – one continually looking to write new stories in the future. A distinctiveness that goes beyond an accent, Nike Air Max or rollers in your hair.

The history and social upheaval etched into the panoramic view from Everton Park is one similar to many industrial towns and cities in the North of England. But there is something more sculpted about Liverpool. Something more ornate in its being.

That view of the city centre shows you it’s a significant place in its array of buildings and photogenic waterfront. But where say some counties are very keen to tell you about its prowess, Liverpool is happy to allow that picture frame surrounding the city to do the talking.

In many ways Liverpool just knows it’s an important place. Nowhere else like it. A content self-awareness, but never arrogance.

It just knows it was home to the School of Science and the only Red Machine to conquer Europe during the Cold War.

It knows it’s the birthplace of The Beatles, but it has the rattle of Eric’s, the harmony and angst of The Real Thing and every ground-breaking thud emitting from Quadrant Park to tell the true story of Liverpool’s musical ambition.

A sense of importance is key to Liverpool, its very way of life. Not in the way it thinks of itself, but in how everything matters here. Or rather Scousers know what matters to them – producing a compelling aura that can be felt on both the inside and outside of the city.

Therefore Liverpool continually hangs in a balance of assurance and characterful, before mobilising into a compelling social and political force when necessary.

Liverpool won’t be forced or pushed. It’s a city that lives at its own pace and where the weekend is sacred, much to the joy of its growing array of pub landlords, clubs and restaurants.

So many moments in the past century have demanded Liverpool reinvents itself. But in the face of each challenge – deindustrialisation, managed decline, tragedy and media ridicule, modernisation, lockdown - it has opted for revolution than simply reinvention, always doing it its own way, like nowhere else.

Many will come to Liverpool, climb to the top of Everton Park, or snap a photo of its remarkable waterfront, but the picture that will always last the longest is one of the city’s heart, its compassion and desire to do things inclusively, but always in its own, Liverpool way.

Do you agree with Elliot? Visit 2Chill to vote for your favourite place in the UK.