With 73% of enrolled voters counted, the ABC is calling 73 of the 151 House of Representatives seats for Labor, 54 for the Coalition, 15 Others and nine in doubt. Labor is likely to win Lyons, while the Coalition should win Bass, Cowper and Sturt. The Coalition is currently just ahead in both Deakin and Gilmore.

Labor would need to win two of the three other undecided seats if they miss out on Deakin and Gilmore. The Coalition will lose Brisbane to either Labor or the Greens. Current primary votes there are 37.0% Coalition, 28.0% Greens and 27.8% Labor. Whichever of Labor and the Greens goes out first elects the other on preferences.

Labor only loses these seats if they finish third after minor candidates are distributed (a “three candidate preferrred”). The ABC rates both Richmond and Macnamara as likely Labor. If they win both these seats and Lyons, they reach the magic 76 seats needed for an outright House majority. But we may not know for sure until after the June 3 deadline for reception of postals.

Why is Labor likely to win a house majority even though their national primary vote is down 0.5% from the 2019 election to just 32.8%? Australia uses a single member system for the house, and such systems are disproportionate.

If Labor wins a majority, it would be because they finish in the top two in the overwhelming majority of seats, and then win a large share of preferences whether their opponent is the Coalition or the Greens, as Coalition how to vote cards put Labor ahead of the Greens.

The one situation where Labor will not do well on preferences is when facing an independent. Had Labor’s national primary vote been higher, Kristina Keneally may have survived in Fowler.

Here are two examples from the UK of very disproportionate outcomes from first past the post with single-member electorates. In 2005, Labour defeated the Conservatives by 35.2% to 32.4% nationally with 22.0% for the Liberal Democrats. But Labour won 355 of the 646 House of Commons seats (55% of seats).

Single-member systems are very landslide-prone, and there have been two recent Australian state elections where one of the major parties has nearly been wiped out of the lower house of parliament.

At the Western Australian 2021 election, Labor crushed the combined Liberals and Nationals by 59.9% to 25.3% on primary votes and 69.7-30.3 after preferences, resulting in a lower house of 53 Labor, four Nationals and just two Liberals.

Issues with the count

The Australian Electoral Commission (AEC) provides a live two party count that currently has Labor ahead by 52.2-47.8. But this excludes all the seats where Labor and the Coalition were not the final two candidates.

There will be a special Labor vs Coalition count in all these seats in a few weeks, once the main results are finalised. I believe the ABC uses the swing in the seats currently counted between Labor and the Coalition to project the national two party.

Adrian Beaumont does not work for, consult, own shares in or receive funding from any company or organization that would benefit from this article, and has disclosed no relevant affiliations beyond their academic appointment. 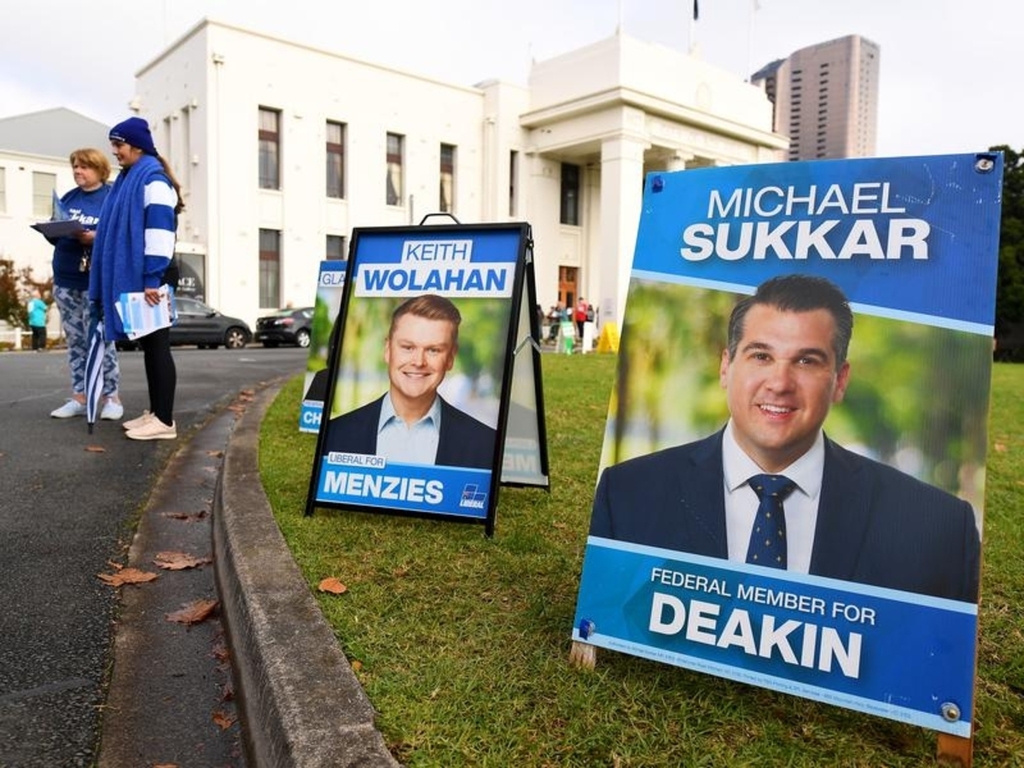 AAP
From analysis to the latest developments in health, read the most diverse news in one place.
Latest count has ALP lower house majority

The Australian Electoral Commission’s latest figures give Labor 76 seats – a lower house majority – to the coalition’s 58,…