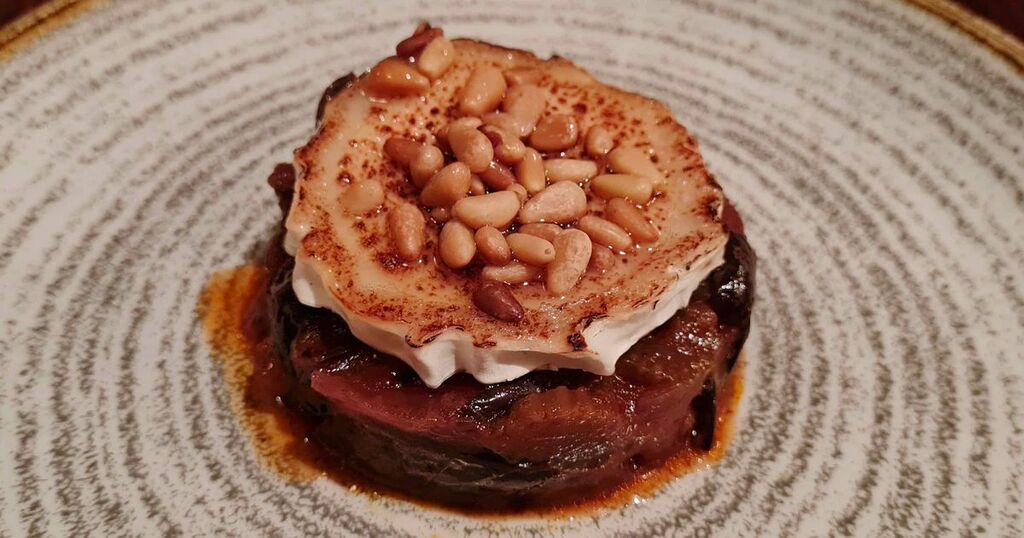 I’ve been a long-time fan of Cardiff city centre’s Casanova but it’s a place which flies under the radar compared to glitzier and trendier restaurants which sit nearby.

In fact, when it was described on social media by someone as “the underrated gem of Cardiff food”, there were chimes of agreement.

Opened in 2005 by three Italian friends, Casanova is a far cry from your typical pizza pasta joint. They import much of their own produce directly from Italy, their compact menu changes with the seasons, there’s no pizza and usually only a couple of pasta dishes on offer.

Read more: First review of small plates and wine bar that has opened in a former Cardiff brothel

They also have an excellent new chef who worked at the Hardwick in Abergavenny before spending the last eight years cooking around Tuscany. He certainly knows his onions when it comes to Italian cooking.

On the Saturday night we visited, it was a full house in the restaurant’s cosy two-floor dining room. Whilst we waited for the backlog of orders to clear through their tiny five-hob kitchen, we munched our way through a bowl of fiery black pepper rich taralli biscuits.

To start, a special of wild mushroom risotto (£9) was an absolute cracker. Neither too loose nor claggy, it delivered a huge hit of savoury and funky wild mushroom and a rich decadence of cheese.

Caponata (£8), a sweet and zingy Sicilian stew made with soft long-cooked aubergines, was topped with a good wodge of creamy and tangy grilled goat cheese. A drizzle of truffle honey and a scattering of crunchy pine nuts made it a deliciously indulgent combination.

Onto mains, and an excellent crisp skinned fillet of grey mullet (£22) tasted of the sea; it’s unsurprising as the chef selects the freshest fish from Cardiff market on a daily basis. It was accompanied by a mix of asparagus, new potatoes and broad beans bathed in a butter sauce fragranced with roast garlic and the punch of caper.

Welsh lamb rump (£25) was treated with the respect it deserves. Pink fleshed, supremely tender, big in flavour and capped with well-rendered fat, it was served with soft caramelised courgette, a silky and delicate celeriac puree, well-crisped new potatoes and a glossy lamb sauce. But, it was a couple of blobs of intensely savoury anchovy puree which gave the dish an extra dimension - it's a classic pairing with lamb for a reason.

Desserts maintained the meal’s very high standard. A properly creamy panna cotta (£8) with a textbook wobble was fragranced with the merest hint of liquorice. Accompanied by a rich chocolate crumb, a toasty sesame caramel crisp and an intense liquorice puree, it was a flavour-packed creative dessert.

A cannolo (£6) was more traditional in its construction but every bit as delicious. A crisp pastry shell was loaded with smooth chocolate chip studded sweetened ricotta and capped at either end with whole pistachios and warming stemmed ginger.

We had an absolutely belting meal at Casanova and their high end Italian cooking is certainly some of the best in the city. Handily, they're also open on Mondays when not too many other places in the city are. If you haven’t visited this underrated gem yet then you’re missing out...