Why is the Biden DOJ protecting Trump? 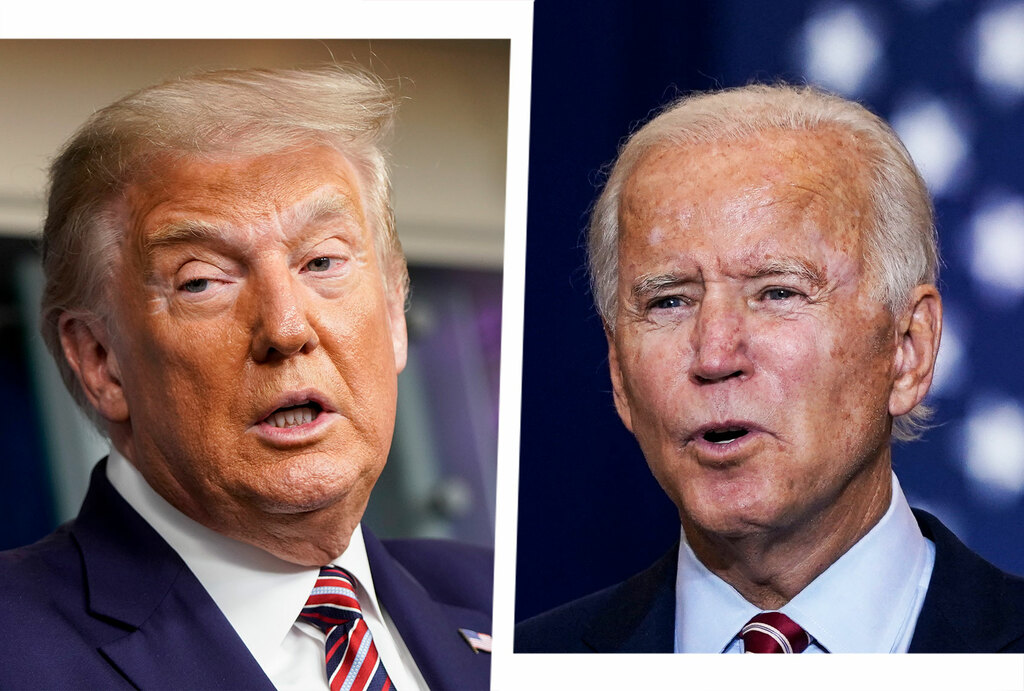 A top Department of Justice career official thwarted a Democratic-backed Senate Judiciary probe into Trump's effort to overturn the election, arguing that the ambit of the committee's inquiry was far outside the legal limit.

Official transcripts released by the Democrat-led committee on Thursday reveal that DOJ lawyer Bradley Weinsheimer made "a dozen" attempts to curtail the investigation, even when the Biden administration has promised heightened transparency for the proceeding.

In one exchange, Weinsheimer effectively pulled the plug on multiple lines of inquiry with Byung Pak, the former U.S. attorney for the Northern District of Georgia. Pak abruptly resigned from his post back in January, later telling the Senate Judiciary Committee in August that he would have been fired by Trump for failing to back Trump's claims of election fraud in Georgia.

In the transcript, Democratic investigators ask Pak if his office came up with any evidence for Trump's now-debunked claim that 2,560 felons had voted in the Peach State. But Weinsheimer stopped the line of questioning in its tracks, arguing that it was outside the scope of the committee's inquiry, according to POLITICO.

"You're getting into specific investigations that don't have anything to do with specific pressure put on Mr. Pak, and so I would object," Weinsheimer said.

"It seems to me that it is inherent in understanding … whether there were particular things that [White House chief of Staff Mark Meadows], the President thought that Mr. Pak's office ought to be looking into that they were not looking into," replied Sara Zdeb, chief oversight counsel for Senate Judiciary Committee Chair Dick Durbin, D-Ill.

On Thursday, Durbin released an official committee reporting culminating an 8-month investigation into Trump's attempted weaponization of the DOJ. In the report, the committee details that Trump made multiple failed bids to pressure top DOJ officials into probing his baseless claims of election fraud. The president at one point nearly replaced the then-acting attorney general Jeffrey A. Rosen with another official who was more sympathetic to his election conspiracies, but the plan never materialized.

The newly-released transcript also features an interview with Rosen in which Weinsheimer again brings the proceedings to several standstills.

In one back-and-forth, Republican counsel Josh Flynn-Brown asked Rosen whether his agency opened cases into Trump's fraud allegations prior to 2020 election certification.

"I would object to that question," Weinsheimer interjected. "It's beyond the scope of the authorization."

"I think it's precisely in scope and a very critical question for him to answer," Flynn-Brown replied.

Frustrated, Flynn-Brown later added: "I think in the Donoghue interview I had five objections. In the Rosen interview, I had one. I have two now. So let's see how many I can rack up today,"

"Then I recommend you stay within the scope, and I won't object," Weinsheimer rebutted.

Back in July, the DOJ formally waived executive privilege for interviews with Trump, his staff, and advisors surrounding the events that preceded the Capitol riot on January 6.

"The extraordinary events in this matter constitute exceptional circumstances warranting an accommodation to Congress in this case," the department wrote at the time. "President Biden has decided that it would not be appropriate to assert executive privilege" on this issue.

Still, it appears that the DOJ is insistent on preserving certain DOJ "prerogatives," POLITICO noted, which is allowing the agency to effectively stall the committee's probe.

"It's remarkable that while President Biden took the extraordinary step of waiving executive privilege to publicize the former president's deliberations with his top advisers, Biden's own Justice Department thwarted the same level of transparency when asked about records the Department provided and what it did to actually investigate claims of irregularities in the 2020 election," Taylor Foy, a Grassley spokesperson, told POLITICO.

It isn't the first time the DOJ, now led by Biden-appointed Attorney General Merrick Garland, has been accused of protecting Trump.

Back in June, the DOJ announced that it would continue to defend Trump in his defamation lawsuit against former journalist E. Jean Carrol, who accused the former president of sexually assaulting her in the 1990s. The agency also convinced a federal judge to throw out a lawsuit filed by several protesters who were forcibly cleared out of Lafayette Square during the George Floyd protests back in June.