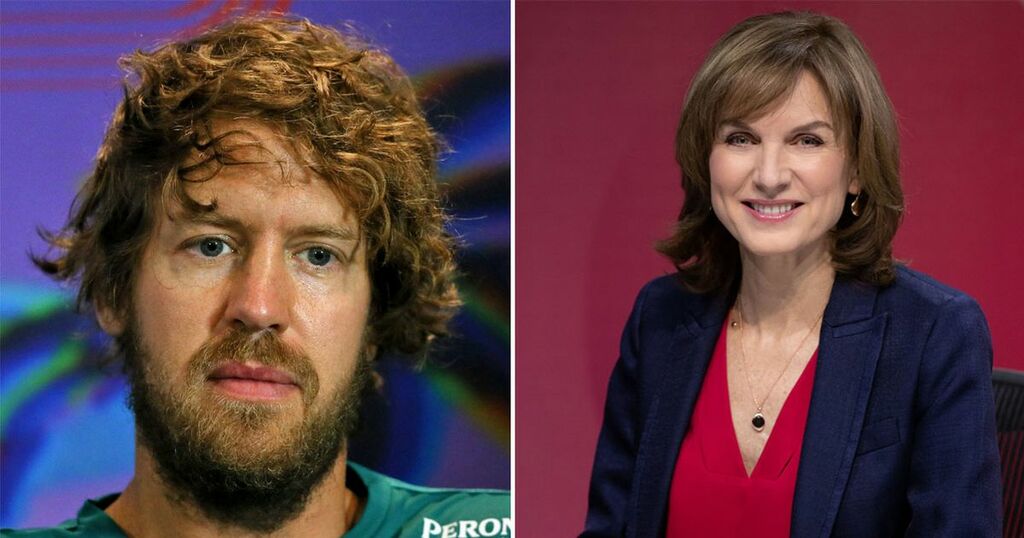 Chronicle Live
One subscription that gives you access to news from hundreds of sites
Who is Spain's Eurovision entry Chanel? SloMo singer has fans' expectations sorting ahead of final

Why is Sebastian Vettel on Question Time? BBC viewers shocked as Formula 1 star confirmed for show

BBC viewers were left thinking they were seeing things on Thursday when it was confirmed that Formula 1 star Sebastian Vettel would be on the panel for Question Time.

The long-running weekly political discussion show is always a hotbed of heated debate, with things set to get very interesting this week in the aftermath of last week's Local Elections and the Beergate furore surrounding Labour leader Sir Keir Starmer and his vow to resign if he's fined by Durham Police.

But one person fans of the BBC programme ever expect to see getting amongst the discussion was former F1 champion Sebastian, with his inclusion on the line-up coming as a huge surprise to many. However, to fans of the racing driver, his Question Time appearance may come as less of a shock, given his eagerness to speak up on political issues.

As well as raising concerns on rising sea levels, the 34-year-old has also spoken up on behalf of alternative sustainability measures,, LGBTQ+ rights and other causes and ahead of joining Fiona Bruce for the latest episode, Sebastian told the BBC: "It’s a different format, and I’m looking forward to it. I think there’s a lot that I can learn. Obviously I have my opinion, I’m not saying it’s always right or wrong.

“It will be very different setting and probably very different questions or topics to be spoken about. I’m fairly open at this point. It’s an interesting opportunity, because it’s just different. I’m looking forward to it.”

News of Sebastian's Question Time role has become a hot topic of discussion on Twitter, with one fan posting: "Vettel on question time...have a feeling he'll school the rest of the panel," and a second tweeting: "Worth watching just for Sebastian Vettel and anyone wondering what an F1 driver has to offer on a show like this, just do a little bit of research and you'll see the guy has a lot to offer."

Sebastian VettelSam RyderFormula One
Sign up to read this article

Chronicle Live
One subscription that gives you access to news from hundreds of sites
Who is Spain's Eurovision entry Chanel? SloMo singer has fans' expectations sorting ahead of final