Why is Manchester United vs Newcastle not on TV? Explaining the Premier League’s 3pm blackout 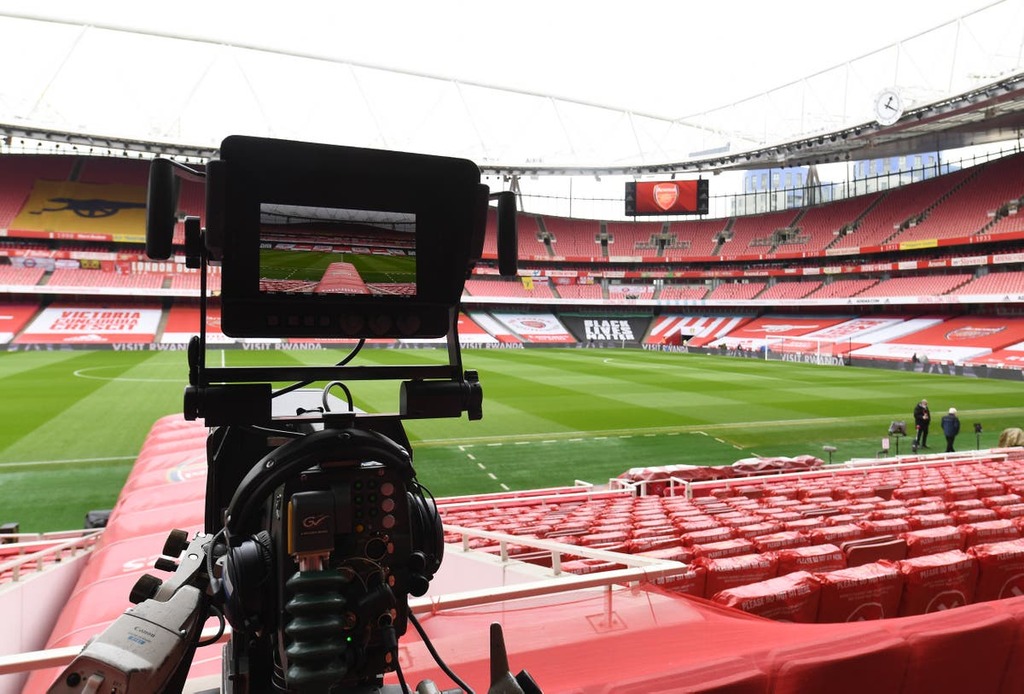 Cristiano Ronaldo has returned to Manchester United and is set to make his first appearance in 12 years when the team host Newcastle in the Premier League on Saturday, in what will be a highly-anticipated second debut at Old Trafford.

The 36-year-old won eight major trophies during his first spell in England before going on to become one of the greatest goal-scorers in the history of the sport during a glittering nine seasons with Real Madrid and a further three campaigns with Juventus.

FOLLOW LIVE: All the action as Ronaldo, Sancho and Varane start for Man United vs Newcastle

Ronaldo completed a sensational and dramatic return to United in the final days of the transfer window after he looked set to join rivals Manchester City, and is now in line to make his first appearance of his second spell for the club against Newcastle this weekend.

However, despite the match being available to watch across the rest of the world, football fans in the UK will be unable to tune in as the fixture is not one of the four Premier League games selected to be on TV this weekend.

With the match already chosen for the Premier League’s Saturday 3pm slot, the match falls under the TV blackout - a strict regulation that has been imposed by the FA which bans the transmission of live football on TV on a Saturday afternoon. Confused? Here’s why it exists.

What is the Saturday 3pm TV blackout?

Between 2:45 and 5:15pm on a Saturday afternoon, TV channels are banned from airing live football in the UK. It is a decision made by the FA based on Uefa regulation that prohibits the transmission of live football over a given period on a Saturday or Sunday.

With the majority of matches in England taking place at 3pm on Saturday afternoon, by tradition, the idea is the blackout protects attendances at games up and down the country, and at all levels.

Fans might be less likely to make the trek down to support their local team and buy tickets at the turnstiles if the alternative is staying in to watch Premier League match live on TV.

Clubs from the Championship all the way down to non-league and the bottom of the football pyramid in England rely on the money they receive at the gates to operate - and a drop in attendance would have a significant impact on finances, as illustrated by the Covid-19 pandemic.

The blackout, in theory, protects those clubs by taking away that alternative option, and while illegal streaming is a thing, there is plenty of evidence to suggest that it is effective in maintaining attendances that remain vital to the clubs on a Saturday afternoon.

Why was Manchester United’s match not selected for TV?

When Sky Sports and BT Sport made the decision to pick other matches when they made their TV selections for the opening few rounds of the Premier League season, Ronaldo was a Juventus player and the idea of him returning to Old Trafford remained a fantasy for the club’s supporters.

Of course, had Ronaldo been signed much earlier, his second debut for United would have been a prime option for the broadcasters - but at the time it was just a regular Premier League fixture.

Broadcasters have an obligation to show all 20 clubs in the Premier League and with United’s first three matches of the season all selected for TV, Sky and BT chose not to pick Ole Gunnar Solskjaer’s side on this round of fixtures. Arsenal and Manchester City’s matches are also taking place at 3pm while Liverpool are in that slot next weekend.

With Manchester United also in Champions League action this week, the slots available to broadcasters were also limited ahead of this weekend.

Yes, they were, even the fixtures at 3pm. However, with supporters being unable to attend matches due to Covid-19 the blackout was temporarily lifted while fixtures were spread out across the weekend.

Normality has returned this season and there are no signs that the blackout, which has been in place since the 1960s, will be lifted permanently any time soon.