Why India’s deadly air pollution keeps getting worse not better 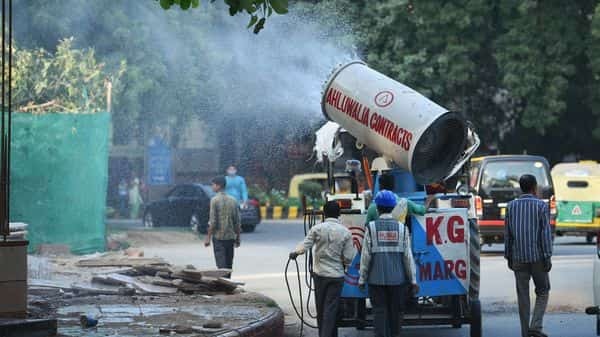 India is failing in efforts to improve its toxic air quality, with the number of smog-plagued cities increasing since the launch of a national program to tackle the issue.

A total of 132 cities now have pollution levels deemed below national standards, from 102 cities when the National Clean Air Programme began in 2019, according to a report by the Centre for Research on Energy and Clean Air.

India’s government “should start acting on a war scale," to hit targets to curb pollution, authors Shivansh Ghildiyal and Sunil Dahiya said in the report. “Stringent actions should be implemented across sectors to reduce emission loads."

More than 90% of India’s population lives in areas where air quality is below World Health Organization standards, with coal-fired power plants, factories and vehicles among the major sources of pollution. The problem worsens during winter due to the burning of crop stubble by farmers, typically blanketing northern cities, including the capital New Delhi, in choking smog.

India’s national strategy aims to reduce particulate matter emissions by as much as 30% from 2017 levels by 2024, though so far few cities and none of the country’s state-level authorities have delivered action plans, the CREA report said.

Because sources of pollution can vary from city to city, it’s crucial to speed up work on studies into air quality in different locations, Dahiya said in an interview. “Knowing how much each source accounts for can lead to more efficient use of time and money in dealing with the problem," he said.

Prime Minister Narendra Modi’s government has previously faced criticism for extending deadlines for power plants to enforce pollution standards, and hasn’t yet set any date to reduce consumption of coal, which produces 70% of the country’s electricity.