Why I love this paw-fectly delightful flower

I don't know why I love them, but I do. Kangaroo paws (Anigozanthos spp.) are not spectacular, unless grown en masse, something the Canberra Botanic gardens does with complete brilliance, so every time I go there I am struck by a severe case of kangaroo paw envy. Kangaroo paws are not scented, nor particularly useful except in the most elegant of floral arrangements, the kind I can't manage. Three hydrangea bunged into a vase is about the best I can do, or a single rose in a bud vase.

Kangaroo paws even look odd - not quite like flowers at all. Flowers should be opulent or coloured spires, not shaped like kangaroo paws. But as soon as I glimpse one blooming in a pot, I want to buy it.

And haven't, for decades, once I finally accepted that kangaroo paws' true habitat is somewhere sunny and well drained, which is not the shady bottom of our deep and high sided valley, especially when inhabited by a gardener who plants far too much of everything, on the theory that if you don't try a plant you won't know what survives in our climate, and if they do manage to make it they can be thinned out later ... eventually.

Our kangaroo paws may have died because of our heavy frosts - make sure you buy varieties that will tolerate our climate. They may have had too much sun (unlikely) but probably had far too little. Kangaroo paws like a sunny spot, but not too sunny; a touch of afternoon dappled shade is perfect. Our kangaroo paws could have died from overwatering - kangaroo paws need perfectly drained soil. But they almost certainly died from too little water, especially in a hot dry summer. Just because a plant looks stunning in a pebble mulched "dry garden" it doesn't necessarily survive without a good weekly soaking.

The one thing we did give our kangaroo paws was well-drained soil. In some of Canberra's heavier soils, add gypsum to help break down the clay, or build an above ground garden - a rockery with some lovely great boulders to retain heat on cold nights and encourage longer blooming.

While all kangaroo paw flowers look like, well, kangaroo paws, the plants vary enormously in size, from about varieties that grow from 50cm to 1.5 or even two metres high. Colours range from orange, yellow, a gorgeous gold, and even more delightful rich red, to pink or near-white flowers. They mostly bloom from spring to summer, but some smaller varieties will give flushes of blooms all year - especially if you get a variety suited to this climate, and treat them well.

The toughest kangaroo paws tend to be the larger varieties, though they also are the ones that don't bloom as long as the shorter kinds. Try trimming off the top third to half of the flower stem just as the flowers begin to open to fill your vases. This pruning triggers small buds lower down the stem into flowering.

A well-cosseted kangaroo paw will be placed in a non humid spot - not in the middle of a shaggy lawn or herbaceous border, but in a raised bed, preferably with a clump of other kangaroo paws. Kangaroo paws look more spectacular grown en masse. Water at the base of the plants, not the tops, to help prevent leaf diseases. Mulch with a dry mulch like sugar cane mulch or rocks, and don't leave a moist mulch near the stem, so you don't provide habitat for yet more diseases. Prune back heavily after each flush of flowers. Established bushes can be cut back almost to the base. Water at least once a week. A slow release fertiliser for native plants, applied in spring, is the safest way for novice gardeners to provide tucker.

In return, you'll have stunning blooms, plus the birds, bees, and butterflies that will be attracted to them. Kangaroo paw flowers can last up to two months on the stem, and the ones you prune off as they begin to open will look deliciously elegant indoors. Even I can't muck up arranging kangaroo paws.

And now that the two giant pines sold to me as "stone pines" (they weren't) have been cut down, maybe there is enough sun to risk a bed of kangaroo paws once more. Deep red ones, or gold, perhaps, in a slightly raised garden just for them, and with fingers crossed, the wombats and wallabies will keep the grass short around them.

Or, just possibly, I need to accept that just as we are wallaby country up here, with kangaroos living further down where the valley opens, Kangaroo paw blooms are not for us. But I'm going to have just one more go at them before I give up.

This week I am: 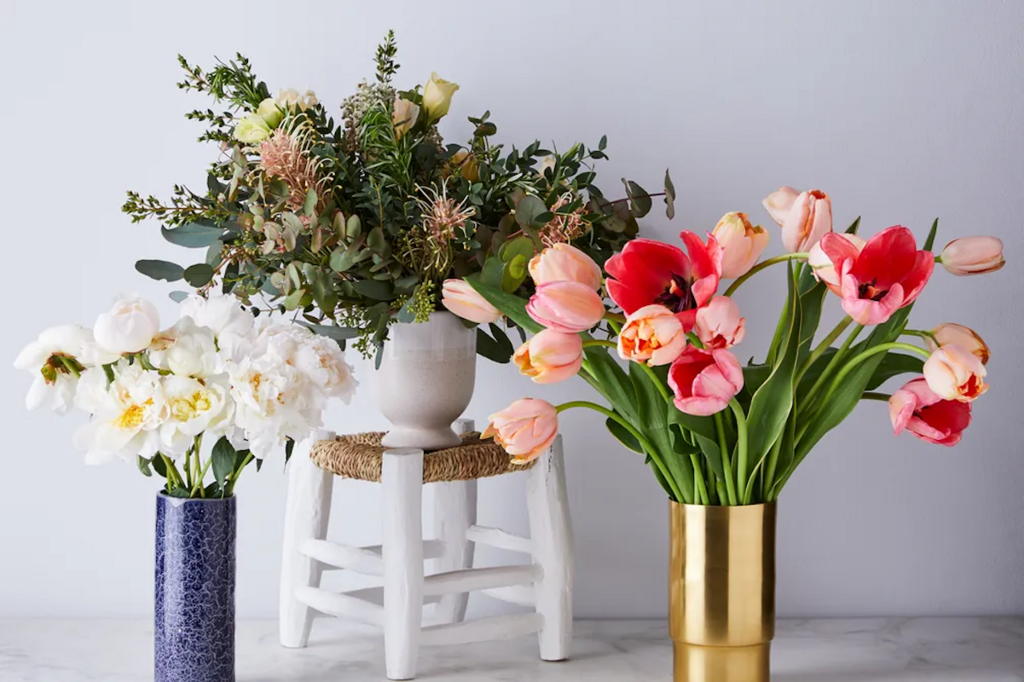 Salon
One subscription that gives you access to news from hundreds of sites
The most versatile flower in your garden? Meet the California poppy

Californian poppies are is easy to grow, flower all summer and have plenty of multi-hued cultivars. You can even make…

The Guardian - UK
The best veggies for raised garden beds

Maximize your space for the best harvest!