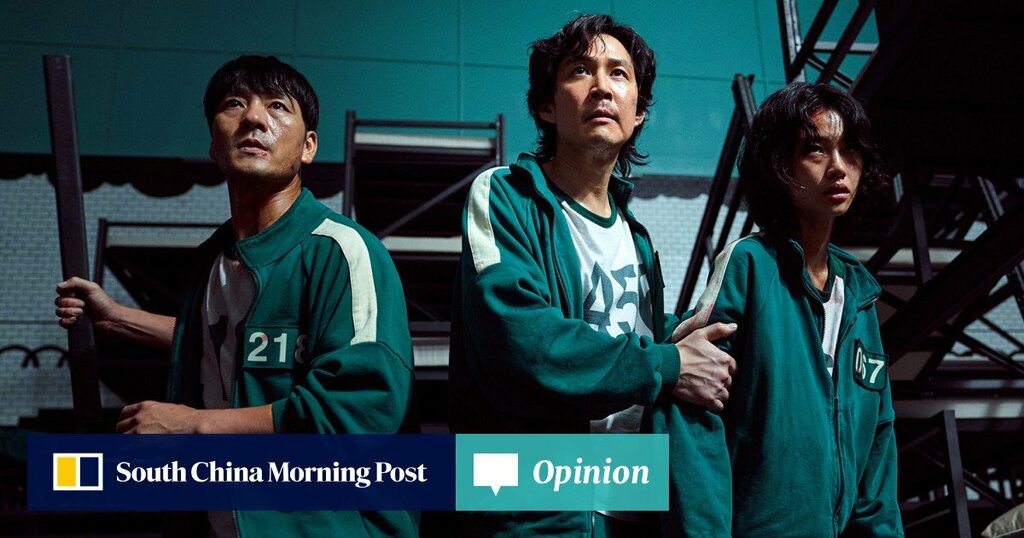 Are you a Squid Game fan? Did you binge the entire series in a single sitting like I did, or did you have the restraint to space out your viewings?

When it was first released in mid-September, I resisted watching this dystopian thriller K-drama, the reason being that I loathe herd mentality and often find films or TV series that have mass appeal disappointing, as they are not necessarily genuine masterpieces.

Plus, commercial success and artistic recognition are not mutually inclusive. However, I eventually gave in to my curiosity.

For one thing, it became inescapable as everyone is talking about it (even my daughter in Britain has seen it). But I also wanted to once again confirm my long-held belief that popularity doesn’t guarantee quality.

Most people have already finished the series and are still talking about it. Discussions tend to revolve around rewriting the plot (who should have lived or died), whether they liked the ending, or whether there should be a sequel.

This obsession does beg the question “Why is everyone talking about Squid Game?” But instead of asking that, my question is: “Would you be able to survive any one of the six games featured in Squid Game?”

Truth be told, I think a lot of Hongkongers would do quite well in many of the deadly contests.

Our current state of living, especially that of people in big cities like Hong Kong, is about tackling and surviving different versions of the six games featured in the show, often on a daily basis.

Tug of war (strength and teamwork)

Squid game (all of the aforementioned skills)

It’s not merely about survival of the fittest, it’s also about playing the cards you are dealt and very often against all odds.

Fundamentally there are two main themes behind the hit drama – survival of the fittest or trickiest, and inequality.

But some viewers were confounded by English subtitles that missed the mark and failed to reflect the nuances of the well-crafted lines delivered by the characters. Their lines are meant to highlight the vast socio-economic inequalities and the brutal trap of capitalism that sustains the widening wealth gap across the world.

The loss in translation has lessened the blow of condemnation against social inequality intended by the creator of the show, which is a shame.

A suitable example would be a line delivered by the loudly confident Han Mi-nyeo: “I am very smart, I just never got a chance to study.”

Unfortunately, it was translated as: “I’m not a genius, but I still got it worked out.”

Why are people still surprised that Korean pop culture is good?

This detracts from the show’s intention of pointing out the stark inequalities and large wealth gaps among the people of South Korea. Upward mobility is limited for people at the bottom, which has obviously been perpetuating generational poverty in the country.

But I have no doubt that Hong Kong people would win at any of the games featured in the show, hands down.

Most of us face inequalities in life and the issue is spotlighted in Squid Game by one of the fan-favourite characters, the amiable Ali, a Pakistan immigrant, who epitomises people who are kind-hearted and taken advantage of by those who are less charitable.

His presence served to highlight racial inequality issues that plague ethnic minority communities around the world. And Hong Kong is certainly no exception.

Economic exploitation is a hidden shame Hong Kong can’t sweep under the carpet any more. We have foreign domestic helpers being extremely underpaid, member of ethnic minorities doing low-paid manual work, and the underprivileged working long hours for low pay; the list is endless.

When Hong Kong people watch Squid Game, the question they should ask is not why so many are watching the show, but how many have learned and reflected on what they have watched.

Squid Game is a sharp and fiery indictment of global inequality. None of us are immune from these evils. Even when we are not exploiting others for personal gain, we are just as culpable if we allow such evils to happen without lending a helping hand.

If we had a Hong Kong version of Squid Game, it would be interesting to see which games would make the cut. Can you imagine desperate competitors vying to win a fatal game of Chinese checkers (tiu kei), or jumping rubber band being played out for a sizeable jackpot, or your life.

And what would you call it if you had the chance to host a Hong Kong-style squid game?