By Charles Paxton, and ,The Conversation
Nessie (Person)Loch NessKing Kong

Reports of Loch Ness monster sightings keep coming. The latest report, accompanied by a video, is of a 20 to 30 feet long creature occasionally breaking the water’s surface. Although the video clearly shows a moving v-shaped wake it does not reveal the underlying source. The witnesses certainly saw something, but what?

There have been over 85 theories of what the Loch Ness monster is, ranging from the prosaic (wind slicks, reflections, plant debris, and boat wakes) to the zoological implausible (anacondas, killer whales, and the ocean sunfish) to the frankly bonkers (ghost dinosaurs). The people who came up with these theories were not necessarily that familiar with the loch.

Many early suggestions by foreign zoologists implied they thought the loch was saltwater, which explains suggestions of sunfishes, whales, sharks, and rays. Some theories have been reinvented independently, showing the ingenuity of each generation of Nessie inventors. For example, the idea that the Loch Ness monster was originally a swimming elephant from a visiting circus, resurfaced three times, in 1934, 1979, and 2005. Each time, the person claimed the idea was original.

However, it was the notion of the Loch Ness monster as a prehistoric reptile that captured the public’s imagination in the 1930s. Nessie’s modern genesis started in April 1933. The first eyewitness reports of a strange animal in the loch started in 1930.

Yet it would only be in August of 1933 that witness George Spicer, who saw Nessie on land, first suggested that the creature was a reptile. Until then informed commentators assumed that if there was an animal in the loch, it was some sort of vagrant freshwater animal like a seal that had made its way from the Moray Firth. Spicer just described it as a prehistoric reptile. He claimed it had a long neck which allowed a journalist five days later to suggest it was a plesiosaur, a type of long-necked marine reptile from the Jurassic and Cretaceous periods. One (but not the only one) popular image of the Loch Ness monster was born.

The fact that the plesiosaur image of Nessie arose in August 1933 casts doubt on Daniel Loxton and Donald Prothero’s (2013) theory that Nessie originated with the highly popular 1933 King Kong film with its portrayal of a man-eating, long-necked, swamp-dwelling reptile. It’s more likely that King Kong only influenced rather than created the modern Nessie. The very first sightings of the Loch Ness monster were in 1930 and although there were more sightings in 1933, they started in April before King Kong was screened in Scotland.

In reality, the Loch Ness monster has multiple identities. It may not be a walrus, moose, camel, or visiting extra-terrestrials, as some have suggested, but could be a myriad of anthropogenic (boats, wakes, debris) and natural (animals, vegetation mats) and physical phenomena (wind effects, reflections). The Loch Ness monster can vary in color from pink to black, it can be matt or glossy, furry, or scaly. It can have humps and manes, it can have horns and travel at great speed or not move at all. No one identity captures the variety of Nessie’s reported features.

So what did the latest witnesses see? The reality is we have too little information to reach a firm conclusion about what was happening in the video footage. The problem with the vast majority of Nessie reports is that they simply lack the details you need to identify an animal. And any details that are reported may be misinterpretations. The fact that visible wake moves indicate it was an actual animal (rather than snagged vegetation). But was it a 20-30ft animal or some waterfowl or an otter under the water that created a large wake in smooth water? We will simply never know.

This article was originally published on The Conversation by Charles Paxton at the University of St Andrews. Read the original article here. 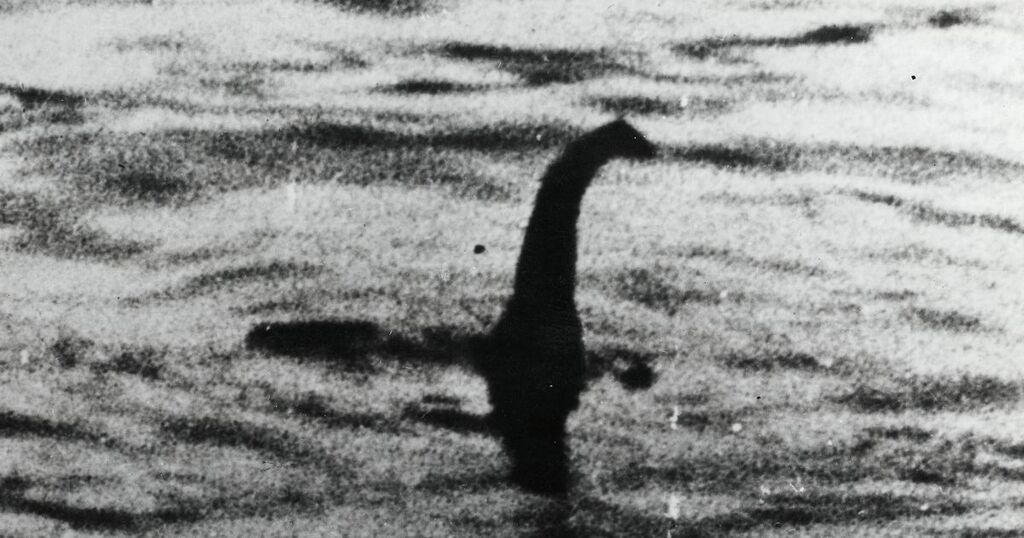 Glenn Blevins, from Inverness, first reported the sighting of not one but two "large animate objects" in the water on…