Why Does It Take So Long To Get Diagnosed With ADHD In Australia? 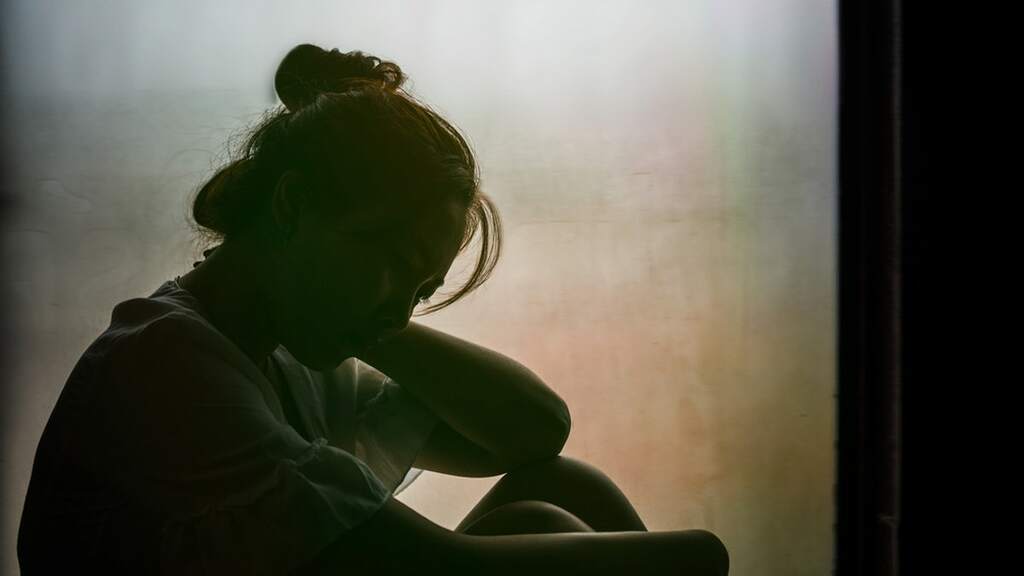 Picture this: you suspect you might have ADHD, a neurodevelopmental disorder that can (among other things) make everyday tasks like booking appointments difficult. Maybe a friend was recently diagnosed, or maybe you’ve found yourself deep on ADHD TikTok. Whichever way you’ve arrived at this conclusion, you suspect you’ve been walking around with undiagnosed ADHD your entire life, and now you’d like to get some answers.

Well, I’m sorry to tell you, but it might not be easy.

I thought getting an ADHD diagnosis would be relatively straightforward. Make an appointment with my GP, get a referral, and wait a few weeks – maybe a month or so – to see a psychiatrist.

Instead, it took me seven months, two GPs, and one agonising 15-minute phone call where I cried in frustration. It was like a cosmic joke, designed by some chaos deity to make it as hard for a person with untreated ADHD as possible. I faced disorganised receptionists, wait times blown out by COVID-19, and a chronically underfunded medical system that doesn’t take ADHD seriously. I’m the one who’s supposed to have trouble making appointments and you’re telling me I have to hound a specialist’s office just to get an email back? It was hell.

And yet, finally, almost a year after I first began to take my ADHD suspicions seriously, I was sitting in a pleasantly decorated psychiatrist’s office, telling him my life’s history. I spent 90 minutes telling him about how I habitually lost phones, wallets, keys and bills; how I’d killed not one but two plants by losing them to desk clutter; how I habitually spoke over everyone in my life; and how I couldn’t complete tasks I wasn’t interested in without screaming, crying, or some combination of the two.

“I need to stop you there because we’re running out of time, but yeah, I definitely think you have ADHD,” he replied.

I walked out with a Ritalin prescription, a follow up appointment, and less $256. (Medicare only covers about half a psychiatric appointment.)

I was relieved. But I was also annoyed. Why had it taken me so long to get to this point? I’ve been seeing psychologists on and off since my mid-20s (I’m now 31). I’ve been assessed by psychiatrists and misdiagnosed with both Bipolar II and Borderline Personality Disorder. Why had no one picked it up that it could be ADHD?

It turns out this is really common. ADHD – which stands for Attention Deficit Hyperactivity Disorder – commonly presents with three different types of symptoms: inattentive, hyperactive-impulsive, or combined.

Girls, boys, men and women can experience any combination of symptoms, and these can in fact change throughout a person’s lifespan. However, because ADHD was first diagnosed in hyperactive young boys, early guidelines and diagnostic criteria were written with those boys in mind. It’s why we still think of ADHD presenting as “the rowdy boy in the classroom”, which is as harmful as it’s wrong.

“If you’re inattentive and not creating any noise, especially if you’re intelligent, the teachers just think you’re a good kid.”

I was a good-ish kid. I was missed.

It’s so common for girls particularly to be missed that some researchers have described it as “lost generation” of women.

“The diagnosis is a blessing and a curse: it’s a great relief, but they wonder what could have been different if they had only known,” clinical psychologist Michelle Frank told Quartz in 2016.

But let’s go back to even getting the diagnosis for a second. ADHD is suspected to be the most common psychiatric disorder in the world, affecting between 2% and 5% of adults.

Yet it remains chronically under-diagnosed (particularly in women), widely misunderstood, and stigmatised to the point where people simply don’t want to seek answers, either for themselves or their child. And even when you get past that, you have another hurdle: doctors and other clinicians receive very little education and training on ADHD during university.

“It’s so confounding and confusing that people [within the medical community] just go back to relying on what they know,” Professor Michael Kohn from Westmead Hospital and ADHD Australia told me.

“There’s enormous variation in the experience of anybody trying to seek treatment. Yes, there’s the commonality of how hard it is and how expensive it is, but then when you do see someone, what they’re doing is supporting [someone with ADHD] from their own frame of reference, not necessarily what’s the cutting edge knowledge.” (The Australian ADHD Professionals Association are in the process of developing national clinical guidelines, but it’s not available yet.)

It explains why the first GP I spoke to referred me to a specialised ADHD clinic. I waited weeks for a 15-minute phone call, during which this clinic told me it would cost between $700 and $1700 for diagnosis and treatment, that the waitlist was almost 11-months long, and that they didn’t treat with medication. If I was diagnosed and decided I did want to treat it with medication, I’d have to wait months to see a different psychiatrist and start the whole process again.

I cried and hung up the phone.

The next person I spoke to was my psychologist. She gave me a hit list of three psychiatrists to try. The first informed me they no longer specialised in ADHD, the second only worked 2.5 days per week (and I missed their working week by 15 minutes), but on the third I hit the jackpot, if you can call ‘managing to access medical care’ a jackpot. I then had to go back to the GP, get a new referral, send it over, follow up a few times, and finally, finally lock in an appointment, three months away.

It was exhausting. I’m sure it would be for anyone. Doing it while also managing my untreated ADHD was excruciating.

Neurotypical people are able to complete tasks (aka use their executive function) even when they’re not interested, thanks to a maintenance level of the neurotransmitter dopamine at all times. It’s the chemical that gives us feelings of pleasure and reward. It’s also the chemical that studies have shown tends to be less present in people with ADHD.

“[Say] you’re sitting on the coach, the dishes need to be done, but you’re really bored and you can’t be bothered,” Brown explained.

“If you don’t have the neurotransmitter dopamine in the nerve synapses of your brain, the electrical impulses required to access your executive functions can’t pass from one nerve cell to the next.

“People who are neurotypical have maintenance levels of dopamine at all times. So even if they’re bored, those electrical impulses can get through. But we don’t. ADHD medication works by increasing our dopamine levels.”

I had to ‘trick’ myself into making a game of getting a diagnosis. I became reliant on to-do lists in my iPhone’s Notes app, using the checklist function to tick things off and ‘reward’ my brain that way. I used bursts of inspiration to book appointments, email people, chase answers and put important dates in my calendar. I now realise that what I was doing was tricking my body into producing dopamine.

It shouldn’t have to be this hard. In an ideal world, it wouldn’t be. There would be more psychiatrists specialising in ADHD, more GPs trained in catching it early. Maybe there’d be more awareness, so my parents or teachers would have picked it up when I forgot about an important test until I got to school, or wrote half my English Unit 4 HSC work in a blind panic the night before it was due, because I couldn’t get it done.

“I think the biggest thing is to get GPs to be able to treat after you’ve seen a psychiatrist,” Mark Neabone, another ADHD coach, told me.

Because Ritalin (a drug commonly used to treat ADHD) is classed as a Schedule 8 drug by the Therapeutic Goods Administration, it’s both expensive and administrative for a psychiatrist to prescribe it.

“If you went to a psychiatrist say three times and the medicine was perfect, why couldn’t you transfer it to a GP unless there was a problem? In that case, ADHD would be much more diagnosed. It’s too expensive. And for people who don’t have those resources, it’s discriminatory.”

This approach isn’t without controversy. Like many aspects of treating ADHD, there’s conflicting opinions about best practice, and others in the field don’t believe GPs should be involved to the level of prescribing Schedule 8 drugs unless they work in collaboration with with a paediatrician or psychiatrist.

But the one thing every single person seems to agree on is this: we need a new model in Australia to treat ADHD, and we need federal funding to do it.

The post Why Does It Take So Long To Get Diagnosed With ADHD In Australia? appeared first on Pedestrian TV.