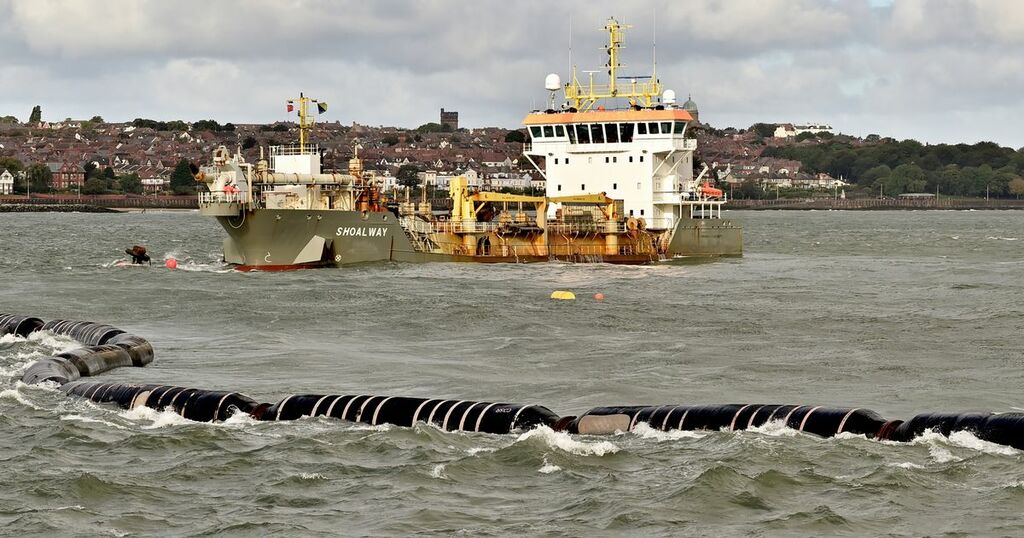 The reason behind the dredger being used for Everton's Bramley-Moore Dock infill being spotted elsewhere has been revealed.

The Blues have moved quickly in the last few weeks in terms of their new stadium project on the city's famous waterfront, confirming a number of exciting updates recently.

The club set out that they had completed the important process of moving marine wildlife and the birds in the area to new habitats last month.

A few days later, Everton revealed that they had begun the process of infilling the dock with sand from Liverpool Bay and the Irish Sea.

Over the next three months, the Grade II-listed dock will be infilled with more than 450,000 cubic metres of fluidised sand, via a pipeline connected to a dredger moored in the River Mersey.

However, some supporters in recent days have noticed that the ship has been placed somewhere else.

The dredger, called The Shoalway, has been tracked by some as resting in Canada Dock rather than pumping the fluidised sand into Bramley-Moore.

But there is a simple explanation.

The dredger is not used to collect sand from Liverpool Bay and the Irish Sea, which will then be used to infill the dock at Bramley-Moore.

So, while sand is being collected by a separate ship for that requirement, The Shoalway finds itself based in Canada Dock.

Everton have specific days which have been set out for collecting sand and those set aside for the infill of the dock to continue, and the dredger has been following that schedule.

On Tuesday, the ship was back in position to pump more sand into the dock as the work continued on the Blues' new stadium project on the site.

Thursday marks five years since Everton officials made their first visit to Bramley-Moore in their attempts to assess the site's potential to house a new stadium in the future.

After the dock has been infilled the upper six metres of the sand will be rapidly compacted by dropping a 16-tonne weight on it at a frequency of 60 times a minute from a land roller compactor.

The density of the sand will then be checked via penetration tests which will run all the way from the surface of the newly compacted sand to the basin of the dock.