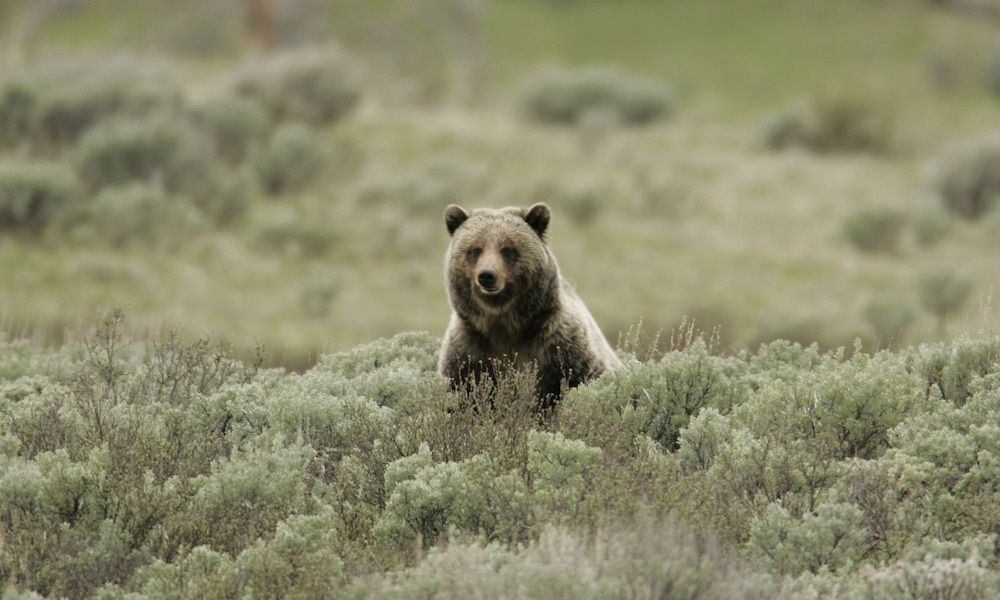 For the second time this month a Yellowstone National Park tourist has captured footage showing a wolf biting a grizzly bear’s butt.

In the first instance, in early September, the behavior was understandable because an elk carcass was nearby, according to photographer Gary Gaston, and wolves do not willingly share with grizzlies (or vice versa).

That footage, showing the young wolf nipping the bear several times, occurred at daybreak at Crystal Creek, near Slough Creek.

On Sept. 10, six miles away in Lamar Valley, Gaston captured the accompanying footage, showing another black yearling wolf biting a grizzly bear’s butt as the bear searched for roots and grass shoots. (The bite occurs at 37 seconds.)

“The yearling wolf followed the grizzly for 3-4 minutes, then it began nipping the bear’s butt,” Gaston wrote on a Yellowstone-themed Facebook page. “Why? The bear was eating roots, and didn’t seem a threat. But the wolf seemed intent on chomping bear butt. Hard to figure out these silly wolves.”

Yellowstone National Park spokeswoman Linda Veress told FTW Outdoors that biologists have observed this behavior and believe it’s associated with competition for food or defense of a pack’s territory.

So in Gaston’s video clips both wolves are simply trying to persuade the bears to leave, and staying to the rear of the much larger bruins would seem a wise survival strategy for the smaller but quicker canines.

Both species are fierce competitors – especially when an elk or bison carcass is involved – and not friendly toward one another, as implied in the Facebook comments.