Why are Ireland wearing blue jerseys against Qatar tonight? 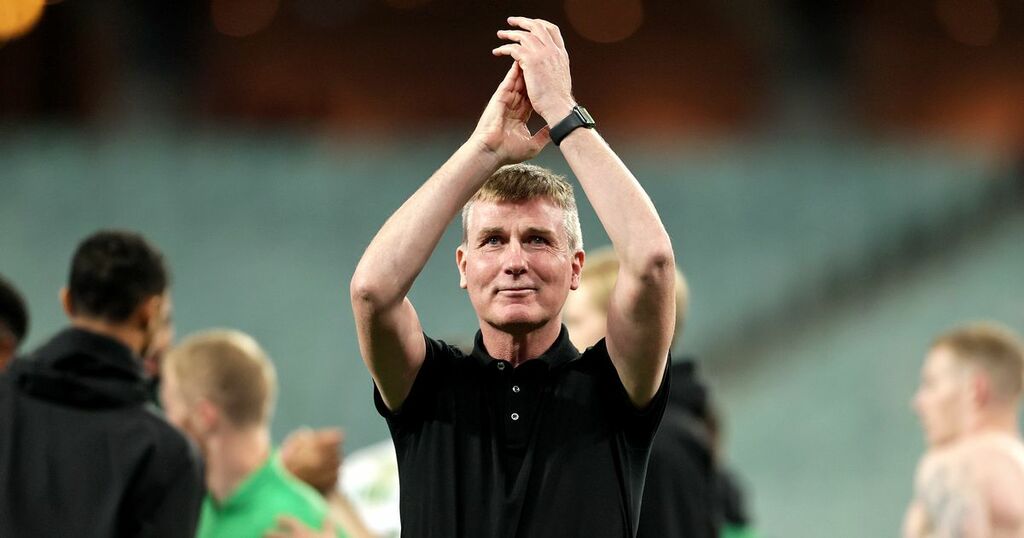 The Republic of Ireland will don a special blue jersey tonight as the Football Association of Ireland celebrates its centenary.

In a once-off deviation from the usual green kit, the FAI will commemorate 100 years of existence with the limited edition jersey, sporting the blue colour which the football body first used after its establishment in 1921.

The crest on the jersey bears a green shamrock in a white background, with the year 1921 printed onto its collar.

Some fans will already be quite familiar the limited edition jersey after Umbro Ireland released the shirt back in August.

In team news, Stephen Kenny will have to plan without key central midfielder Josh Cullen after the Anderlecht man was ruled out through injury.

Meanwhile, there's no place in the matchday squad for Liam Scales or Will Keane as Jason Knight is passed fit to feature in the 23-man squad.

Kick-off is at 7.45 pm this evening and the match will be shown live on RTE Two, with coverage beginning at 6.45 pm.