Why a Covid-19 vaccine for children is taking so long 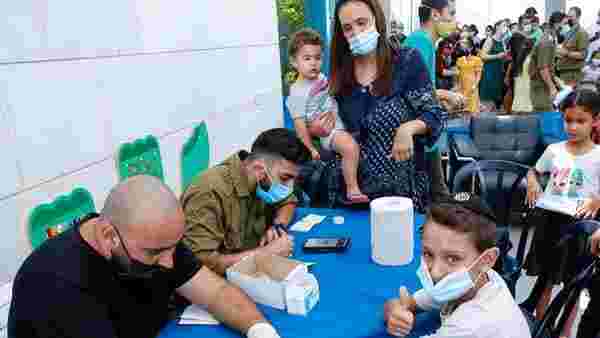 OHIO : The countdown started as soon as researchers removed the Covid-19 vaccine vials from the freezer at Senders Pediatrics. They had just two hours once the vials thawed to prepare the shots and give them to young children in the clinical trial.

A lot had to go right first. The containers holding the shot from Pfizer Inc. and BioNTech SE had to travel across town to a pharmacy without letting the vaccine become too warm. Pharmacists working in a sterile room, free of contamination, needed to assemble the shots in small doses safe enough for children. Finally, the vaccines had to be driven back to Senders for injection in the children as young as six months.

A mistake could jeopardize study results, render the vaccine ineffective or delay the trial.

“We do studies in babies all of the time, and we’ve never had to do something with this many steps," said Shelly Senders, the pediatrician whose practice 10 miles outside Cleveland serves as one of the 162 sites world-wide that parents are counting on to test Covid-19 shots in children.

The logistical dance required to make doses safe for children is among the challenges confronting researchers evaluating the vaccines in the youngsters.

Also complicating the trials, researchers said, federal health regulators demanded that more children be enrolled in the studies than originally planned. Enrolling children takes much longer than for adults because it requires parents’ consent, and some young volunteers don’t work out because they recoil at needles. Then to assess whether the shots help, researchers said, they must gauge whether a child falls ill, no easy task with little ones who can’t always verbalize how they are feeling.

The challenges are contributing to the long timelines testing the shots in children. Pfizer-BioNTech trial results for 5- to 12-year-olds could come by the end of this month, which could mean shots aren’t authorized for use until October or November, months after they were cleared for adolescents. Data for younger children could come in October.

Moderna Inc. expects to seek emergency use for 6- to 12-year-olds by the end of this year, and early next year for children 6 months to less than 6 years, a company spokeswoman said.

The timetable is frustrating some parents eager to inoculate their children as the Delta variant spreads and a new school year starts. Physicians and health experts say immunizing children protects both them and adults they come in contact with, such as grandparents and teachers.

Dr. Senders, who founded his practice in 1987, started helping drugmakers test experimental medicines in children about 20 years ago. A 16-foot slide spans the lobby of his office, where colorful murals brighten exam rooms.

Senders Pediatrics helped test Pfizer’s Covid-19 vaccine in adults and teens, but Pfizer initially balked at using the site to enroll the youngest children, said Tim Hudec, who runs Senders’s drug-testing efforts. Pfizer wanted researchers at their sites to weaken the doses of shots being made for adults, rather than the company making them at lower doses, Mr. Hudec said.

But Senders lacked the sterile lab room and equipment to dilute the shots for children as young as 6 months.

A Pfizer spokeswoman said all sites preparing the lowest dose had to meet additional requirements to ensure that the dose was properly assembled.

Dr. Senders considered installing the necessary equipment and even tried partnering with hospitals. He ended up enlisting a compounding pharmacy, which mixes customized versions of medicines to order, whose owner was a former patient.

For the study, Lee Silsby Compounding Pharmacy, in nearby Beachwood, dilutes standard adult doses with sodium chloride solution several times, until the dose is cut to 3 micrograms. Pfizer deemed the lower strength safe for children 6 months to under 5 years.

The pharmacy doesn’t have much time to work. The Pfizer-BioNTech vaccine is stored at ultracold temperatures. Researchers have only two hours from when a vial removed from the freezer has thawed to inject the finished dose in a young study subject, or the shot will have expired.

“The first day we were sweating a little bit," Mr. Hudec said.

On a recent morning, around 9:45 a.m., Senders researchers removed vaccine vials from a freezer locked away from the rest of the staff and put them inside a shoebox-size metal container for transport to the pharmacy.

Emily Gorjanc, a 23-year-old clinical research assistant, carried the lockbox outside to her SUV. It was storming. Ms. Gorjanc drove 4 miles through the rain to the pharmacy. About 20 minutes later, she signed over the lockbox to a pharmacist, then waited for the pharmacy to complete its job.

It took longer than usual. During the night, the rainstorm had temporarily knocked out power to the pharmacy, delaying the cleaning it needed to complete before starting work.

At about 10:45 a.m., pharmacy staffers washed their hands, and donned gowns, face masks and gloves. One at a time, they entered the pharmacy’s sterile room to prepare the vaccines.

Pharmacy technician Amber Rockwell sat at a covered laboratory bench, called a hood, designed to contain any hazardous substances or contaminants. Working in the hood, Ms. Rockwell diluted the vaccines and assembled them in ready-to-use syringes.

Ms. Rockwell and a partner discarded some syringes that appeared contaminated and radioed for replacements. The switch ate up precious minutes, but it avoided a potential disaster.

After colleagues asked what was taking so long, Ms. Gorjanc made her way to the back of the pharmacy—but outside the sterile room—seeking an update on the timing.

The pharmacy team finished after about 45 minutes. Ms. Gorjanc received the syringes, and hurried back to Senders, arriving with just under 30 minutes to spare before the two-hour deadline.

Waiting in an exam room adorned with animal-themed wallpaper was Dannita JacksonBey, of Lyndhurst, Ohio, with her children, Ava, who was then 2 years old, and Coby, 8.

Ms. JacksonBey, a community college administrator, enrolled Coby in the vaccine study a few weeks earlier, worried that his asthma increased his risk of getting sick. She was now signing up Ava, out of concern her daughter could be exposed to the virus at daycare.

“They’re babies. It’s difficult to keep that mask on and try to explain the virus to them," Ms. JacksonBey said.

Wearing pink shorts and a matching top, with a bow in her hair, Ava sat on a countertop, swinging her feet back and forth, when the syringe arrived. It contained either the vaccine or a placebo.

She screamed as a researcher inserted the needle into her arm. Tears followed.

“You’re a superhero! You did it!" her mother said.

Ava wasn’t finished just yet. She was scheduled to return three weeks later for her second shot. Meanwhile, her mother and researchers would monitor for symptoms and whether she got sick.