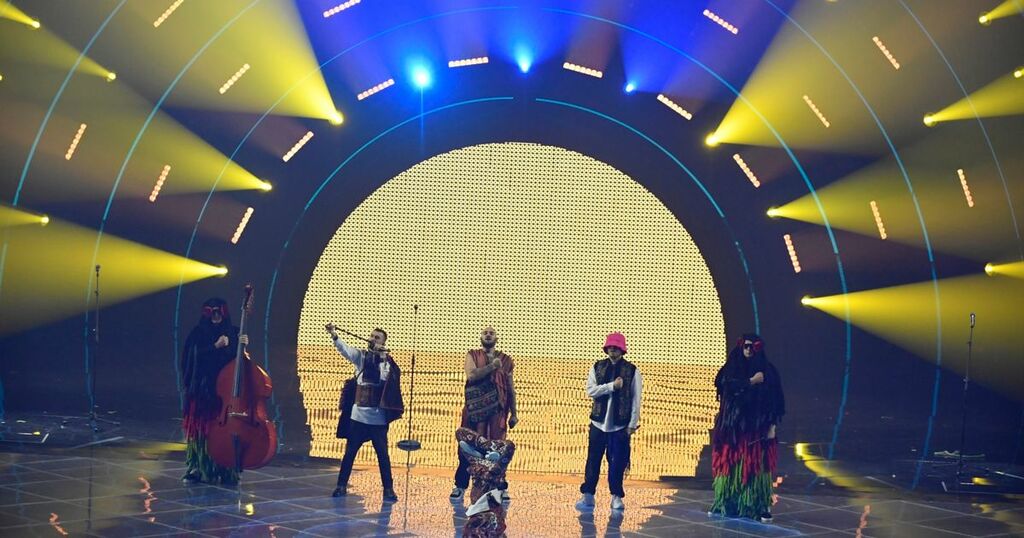 Ukraine has won the Eurovision Song Contest 2022 with 631 points after delivering a powerful performance of their song Stefania.

Wales Online
Eurovision 2022: How did UK public vote in the song contest

Pedestrian.tv
GameStop is launching a crypto wallet for a different kind of gamer

Input
EA's looking for a buyer, and NBC almost went for it

Sports Illustrated
Photos: Sandstorms Sweep Across Parts of the Middle East
A series of sandstorms has sent thousands to hospitals with breathing problems, and caused the closure of airports, schools, and…

Who won Eurovision 2022? Winner, full results and where UK finished

Eurovision 2021 has come to an end and the winner has been revealed as Ukraine.

In a politically charged final, Ukraine reduced viewers to tears as their Kalush Orchestra plead for help for the country. A vote for Ukraine, in the current climate, certainly feels like an act of solidarity. Ukraine were the competition's favourite to win.

The show also had Sam Ryder do the UK proud as the TikTok star performed his song Space Man. He was our most hopeful act in years and had already amassed 12million followers on the social media app before appearing on the competition.

Here is everything that you need to know about Eurovision 2022's final.

Here are the top 10 from this year's contest.

What are the dreaded nul points?

It is rare that a song fails to receive any points at all, but it does happen. Nul points is when an act receives a score of zero. It happened for the first time in 1962.

Usually, a country gets nul points from either the jury or the viewers, but not from both. However, an overall nul points has been scored once... by the UK, in 2021.

No one received nul points this year, but Germany had a scare after receiving 0 from the jury points. However, they went on to receive points from the viewers.

Where did UK finish in Eurovision 2022?

The UK was in the lead after the jury votes with 283 points. Sweden were in second place with 258 and Spain in third with 231.

However, the public votes can change everything in the blink of an eye. And that's just what happened as the public gave Serbia a shocking 225 points bringing their total to 312 and giving them an instant boost to the lead. They flew from 16th place to first, knocking the UK from the top.

Ukraine then did the same as the viewer's responded to their emotional display. They were awarded a whopping 439 points from the public, rocketing them to the leading position with a total of 631 points - 319 more than Serbia.

The UK ultimately finished in 2nd place. We received 183 points from the public, meaning that the country finished with 466 points in total.

Ukraine has won the Eurovision Song Contest 2022 with 631 points after delivering a powerful performance of their song Stefania.

Wales Online
Eurovision 2022: How did UK public vote in the song contest