Who Will Replace Yoshihide Suga as Japan’s Prime Minister? Here’s a Rundown of the Candidates. 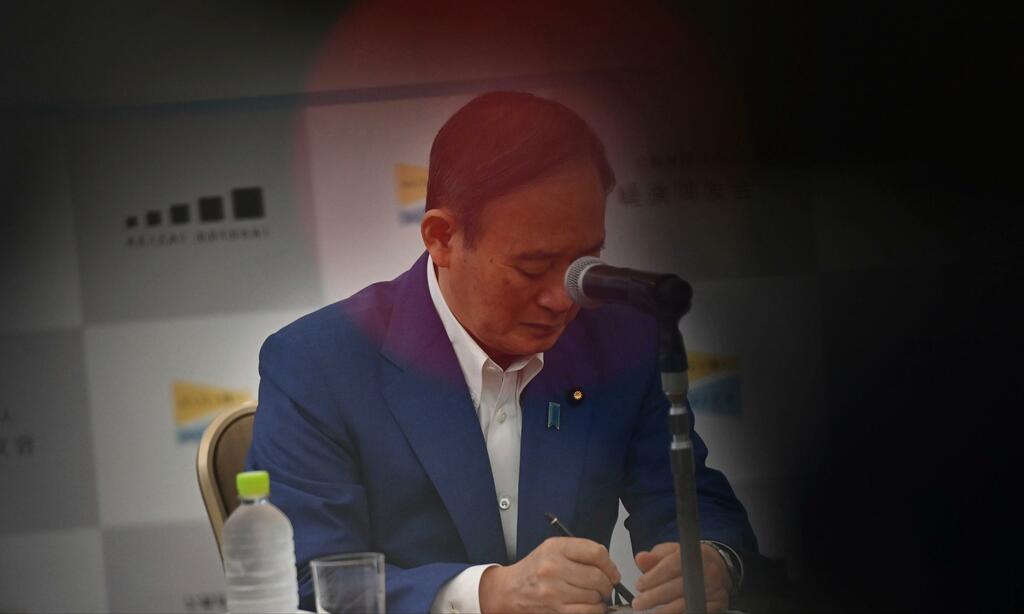 The sudden decision by Prime Minister Yoshihide Suga to step aside as leader of Japan’s ruling conservative Liberal Democratic Party (LDP) has dramatically shaken up this month’s leadership race — and likely the national election, due soon after.

Suga’s poor handling of the Covid-19 pandemic since succeeding Shinzo Abe last year led to a steady decline in his approval ratings, and the subsequent loss of backing from leaders in his party.

Instead of a post-Olympic bump, Suga’s cabinet saw its lowest approval ratings since he took office at just 29% in mid-August. The Japan Times blamed this on Suga’s government, specifically:

the public’s relentless frustrations over the country’s protracted vaccine rollout and empty promises on containing the pandemic.

A slew of candidates are now jockeying to replace Suga as prime minister at the LDP leadership election on September 29 and then carry the party into the general election, due by the end of November.

With a weakened opposition, the LDP would still be favored to retain power in the Diet (Japan’s parliament) after the general election, meaning whoever wins the party leadership contest will likely remain the country’s prime minister.

Powerful factions could be key

Whoever wins will come down to the seven main factions within the LDP — the competing yet ideologically aligned caucuses in the party, which have traditionally been the patronage networks of senior power brokers.

The factions have a sizeable influence over who gains pre-selection as candidates, who serves on Diet committees and in senior positions in the party organization and the cabinet, and ultimately, who leads the LDP.

Wrangling support from the LDP’s factions, as well as the 59 unaligned party members in the Diet, will now consume the aspiring candidates, with feverish politicking already under way.

Kishida is a relative moderate, who leads his own LDP faction of 46 members.

For his main leadership policy pitch, he has proposed large increases in government support to businesses and irregular workers affected by the pandemic, and other measures such as digital vaccine passports.

Kishida was Japan’s longest-serving foreign minister during former Prime Minister Shinzo Abe’s return to government from 2012–17, and so is highly experienced on the international stage. He played a large role in negotiating the Trans-Pacific Partnership treaty.

However, as head of the LDP’s Hiroshima branch, he was tainted by its association with a recent vote-buying scandal, in which a husband-and-wife political team based in Hiroshima was convicted for bribing local politicians to ensure their pre-selection.

Takaichi is unaligned to any faction and was previously considered an outlier. However, she upset the race at the weekend by receiving the vital endorsement of Abe, who is still in the Diet and wields considerable influence as Japan’s longest-serving prime minister.

Like Abe, Takaichi is a staunch conservative. She is a member of the ultranationalist Nippon Kaigi organization, which aims to restore the emperor to divine status, keep women at home, prioritize public order over civil liberties, and rebuild Japan’s armed forces. She is also an enthusiastic supporter of the controversial Yasukuni shrine, where war criminals are deified.

Takaichi also favors punishing media outlets that are critical of the government, and prison terms for damaging the Japanese flag. In 2014, she hosted office visits for far-right extremists, and in the 1990s even endorsed a book that praised Adolf Hitler’s political strategy.

If Abe convinces his Hosoda faction — the largest in the LDP with 96 members — to back Takaichi, this will give her a great advantage.

Kono is backed by the departing Suga and the faction of Deputy Prime Minister Taro Aso, the second-largest in the LDP with 53 members.

The former foreign minister and defense minister is also popular with the public, due to his energetic social media presence and fluency in English.

The highly ambitious Kono has managed to maintain this popularity despite the challenges he has faced leading Japan’s sluggish vaccine rollout.

He has largely avoided public criticism by acknowledging and apologizing for the initial delays, and recently overseeing an increase in the pace of vaccinations to more than a million a day.

Ishiba heads a faction of 20 members and is relatively popular among the LDP rank-and-file.

He placed third in last year’s leadership vote to succeed the departing Abe and said last week he is still willing to serve as prime minister.

The genial Ishiba is generally favored among the public (although less so now than Kono), but he will struggle to gain much support among Diet members outside his own faction.

Opposition leader Yukio Edano quickly pounced on Suga’s decision to stand aside, calling it an “irresponsible” move as Japan continues to battle a fourth wave of Covid infections.

But Edano has been a lackluster leader, and his party, the centrist Constitutional Democratic Party (CDP), currently holds just 113 seats in the lower house of the Diet. The CDP has announced it will only run the bare minimum of 233 candidates required to win a majority, which means it would need the support of smaller parties — including the Japanese Communist Party — to form a minority government.

The LDP, by comparison, currently has 276 seats while its junior coalition partner, Komeito, holds another 29. By replacing the unpopular Suga, the LDP hopes it can limit the expected loss of seats to no more than 40, which would still allow it to govern with a clear majority.

Whoever wins the prime ministership, the next Japanese government will likely continue the LDP’s policies of debt-funded monetary and fiscal expansion, including record military spending and unwavering support for the U.S. alliance and the “Quad” security grouping comprising the United States, Japan, India and Australia.

The next leader will also need to balance these commitments with Japan’s increasingly strained diplomatic relations with China.

Tokyo angered Beijing in recent months by referring to the importance of Taiwan to regional security in a defence white paper, meaning China will be closely watching how the next prime minister publicly discusses the Taiwan issue.

However, the greatest immediate challenge for Japan’s next leader will be completing the vaccine rollout and overseeing the economic recovery from the pandemic. The country’s beleaguered Covid response likely cost Suga his job, so whoever replaces him faces a tough task to regain the public’s trust and restore faith in the government’s ability to protect their health, security, and prosperity.

This article was originally published on The Conversation. Read the original article here.

READ NEXT: The Unexplored Existential Angst of ‘Night Drive’