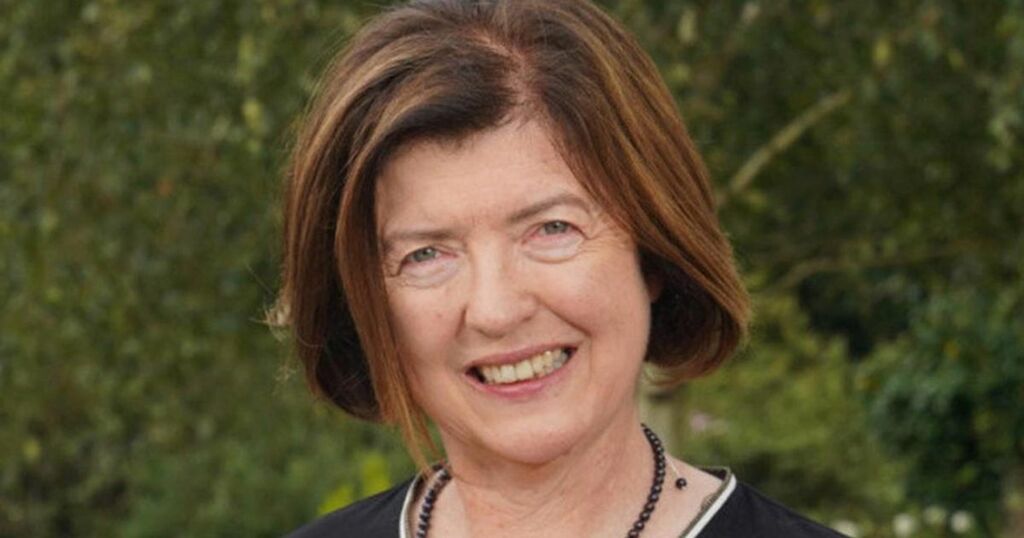 Top civil servant Sue Gray is the person tasked with investigating alleged breaches of the Covid-19 restrictions at Downing Street, involving parties and gatherings during lockdown.

The investigation into a number of incidents was already underway when an explosive revelation unveiled a smoking gun email, revealed by ITV, showing an invitation from a No10 staff member close to Boris Johnson asking staff to a bring-your-own-bottle garden gathering.

The email was sent by Martin Reynolds, Principal Private Secretary to the Prime Minister since 2019, and was sent to around 100 staff on May 20, 2020.

Around 30 to 40 people, including the PM and his wife Carrie, attended the party.

Gray has interviewed the PM as part of her investigation into breaches. The Met Police are also in contact with Downing Street over the May 20 email.

So who is Sue Gray and what is she investigating?

Who is Sue Gray?

Sue Gray is one of the UK's top civil servants and not seen as someone who is a pushover. As a member of the civil service, she has worked under both Labour and Tory governments.

She is known for an emphasis on secrecy in her line of work.

The BBC wrote in 2015 : "Even when a document trail exists, Ms Gray is enthusiastic about keeping it a secret. We know that she advised special advisers on how to destroy email (by "double-deletion") to thwart FOIA [Freedom Of Information Act] requesters.

The 64-year-old replaced cabinet secretary Simon Case at the head of the investigation after claims emerged that he had held his own party during lockdown. Her background is untypical of most civil servants.

Married to country and western singer Bill Conlon from County Down, the two ran a pub in Newry together during the 1980s.

Gray is known as a civil servant with a lot of power. Labour MP Paul Flynn has previously referred to Gray as "deputy God" in Parliament.

Her reputation stems from her time as Director General of Propriety and Ethics in the Cabinet Office from 2012 to 2018, where she was in charge of leading investigations into the actions of ministers.

One investigation led to the sacking of Theresa May's former deputy Damian Green. Green was accused of inappropriate behaviour towards an activist, which he denied, and of having pornography on his Commons computer.

Gray once held ambitions of becoming head of the Civil Service in Northern Ireland.

She told BBC NI's The View: "Why didn't I get the job? I'm not sure I'll ever quite know but I suspect, you know, I suspect people may have thought that I perhaps was too much of a challenger, or a disrupter."

What is Sue Gray's current role as top civil servant?

As well as sitting on the panel that decides who will lead media watchdog Ofcom, Gray is currently the Second Permanent Secretary in the Department for Levelling Up, Housing and Communities, the department currently headed up by Michael Gove.

According to The Guardian, the former Tory MP and Cabinet Office minister Oliver Letwin reportedly said of Gray: "It took me precisely two years before I realised who it is that runs Britain.

"Our great United Kingdom is actually entirely run by a lady called Sue Gray, the head of ethics or something in the Cabinet Office."

The latest on the Downing Street party investigation

Ms Gray is investigating key downing street events from 2020, including:

The email sent by Martin Reynolds was titled "Socially Distanced Drinks! [OFFICIAL-SENSITIVE-No 10 ONLY]" and read: "Hi all, after what has been an incredibly busy period we thought it would be nice to make the most of the lovely weather and have some socially distanced drinks in the No 10 garden this evening.

There have been a number of alleged gatherings in Downing Street when lockdown measures were applied across the country.

Government adviser Allegra Stratton resigned in December after she was shown to be joking with other advisers on a recording about a gathering that had occurred involving cheese and wine.

In the wake of this, the PM said to the House of Commons: "I can understand how infuriating it must be to think that the people who have been setting the rules, have not been following the rules, because I was also furious."

When will Sue Gray's report be released?

The report is expected towards the end of January, somewhere between January 20th —30th.

Additional details and revelations about the Downing Street parties keep cropping up, which is extending the process.